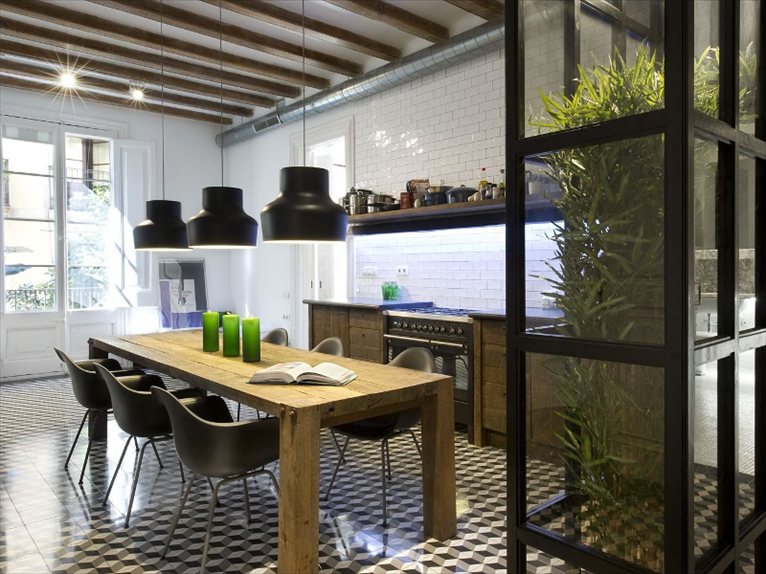 The work of the young Spanish office Egue y Seta involved renovating an apartment near the Santa Caterina Market in Barcelona's Born district called Living by the market.

“Leaving behind the raging futuristic trend of hyper-technological aesthetics and minimalist turn of the century austere silence, to achieve a truly contemporary environment, we have forcefully resorted to a combination of vernacular and traditional elements, deeply related to the original building, blending them with the new forms of living and inhabiting the space.” 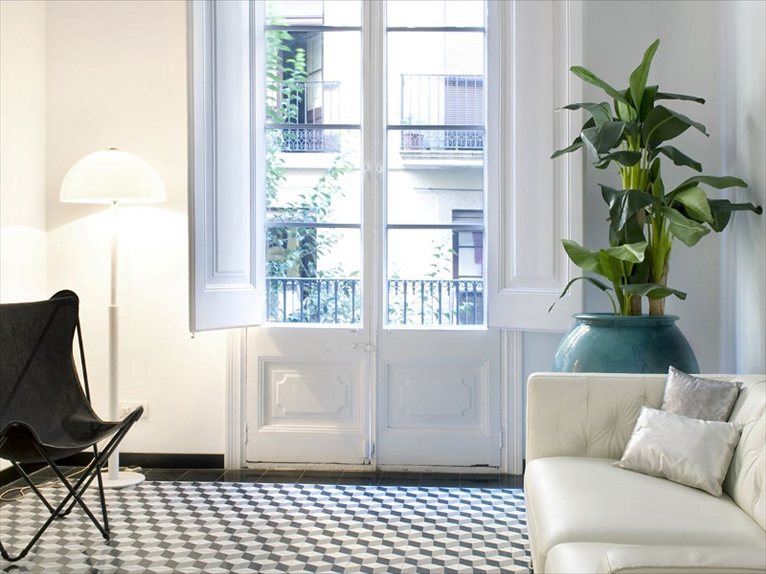 In the house of Santa Caterina this contemporary trend that tends to 'blur' the boundary between the public and private area of the home is clearly reflected. This reinterpretation of the typical apartment of the Barcelona Eixample district, rather than articulating along a corridor, chooses to revolve around a large kitchen whose vocation is more one of social and entertainment purposes, despite it also being a service area. 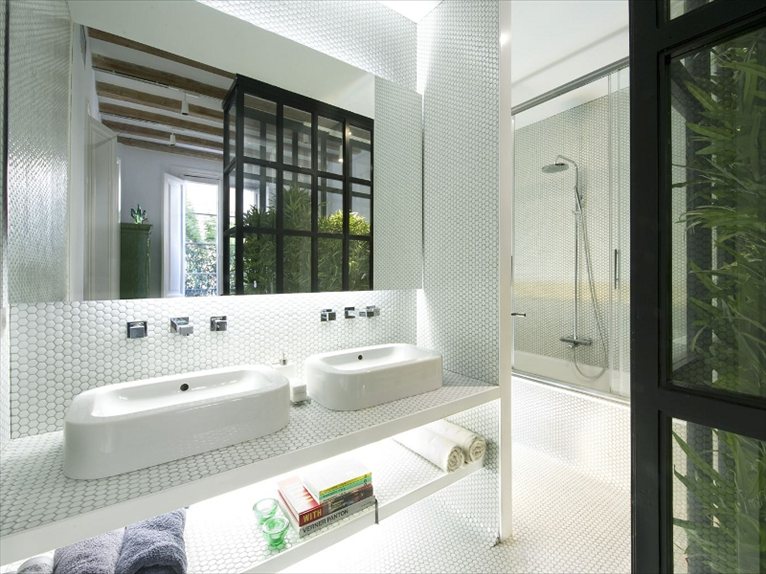 The kitchen occupies one third of the house area and around it there is a toilet, a room with bathroom and balcony, a living room that can be converted into a guest room, a double bedroom with en suite bathroom and access to the inner courtyard of the property. 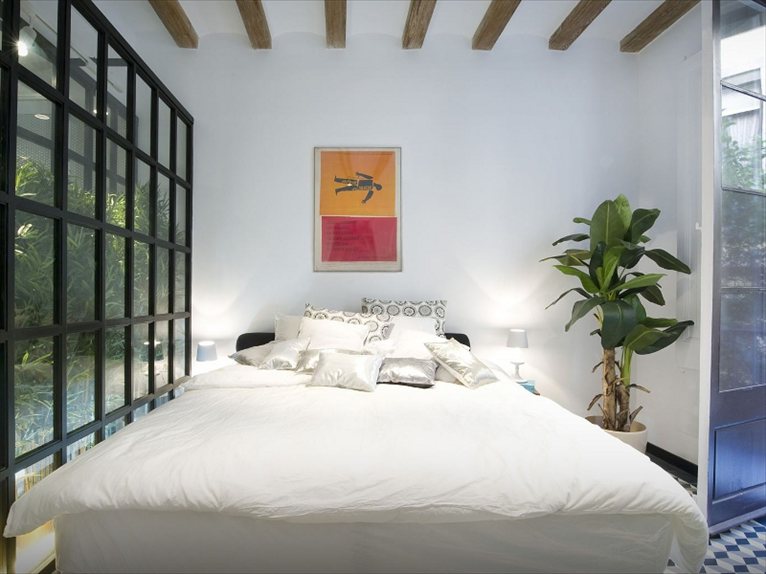 Thanks to the recovery of natural materials, to the contemporary design chairs and lamps, to the furniture from an old pharmacy in wrought iron and marble, to the latest generation household appliances hidden behind recovered wooden doors, this environment “becomes a stylistic synthesis of the home and a key space, deeply extroverted and hedonistic, representing a new way of life.”