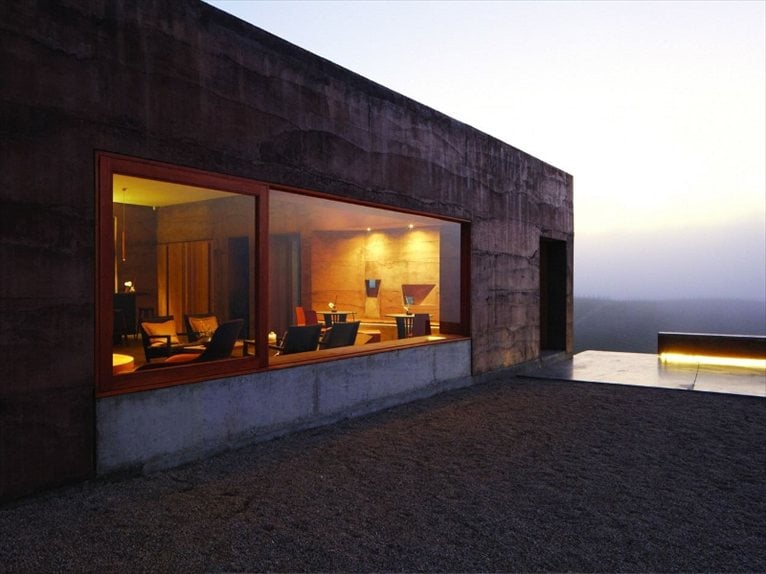 Viewed from afar, Chilean architects Matías Zegers Arquitectos's Casa Mirador looks like a deliberately modern-looking vernacular building. Situated in the valley of Casablanca, on top of a small hill surrounded by vineyards and crowned by a century-old hawthorn twisted by the wind, the house takes on the solemnity of an ancient settlement. 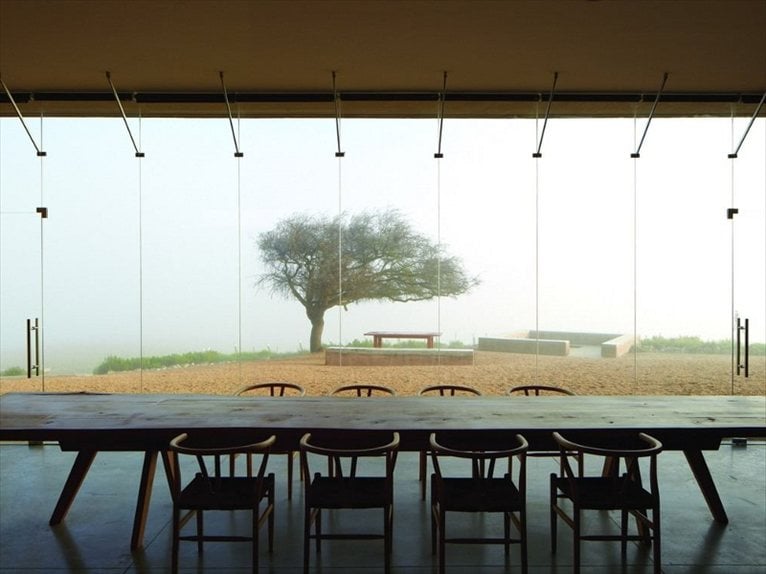 The construction is made up of two volumes of coloured concrete. The roof is a monolithic structure with sharp edges and is “carefully placed” on the wall connecting the two volumes. The fences are distributed as a sequence of spaces that paradoxically contrast with one another. 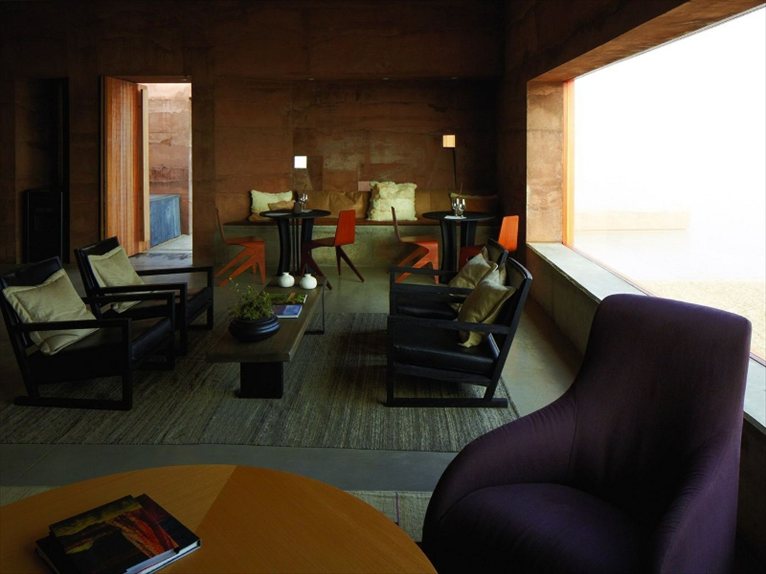 On arrival, the space is solemn and ample and in the landscape, characterized by shrubs and stones, the only distinguishable shapes are three geometric constructions that make their way among the flowers. The entrance patio is a narrow space high walls cut the sky. A thin layer of water wets a sculptural black concrete block. The living area is a subtly illuminated and intimate environment, with an enormous horizontal window which highlights the panoramic view of the vineyards to the west. 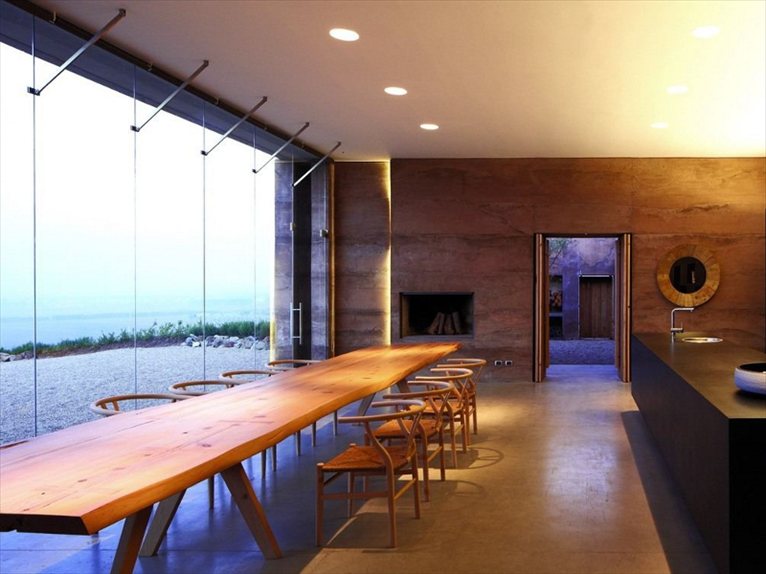