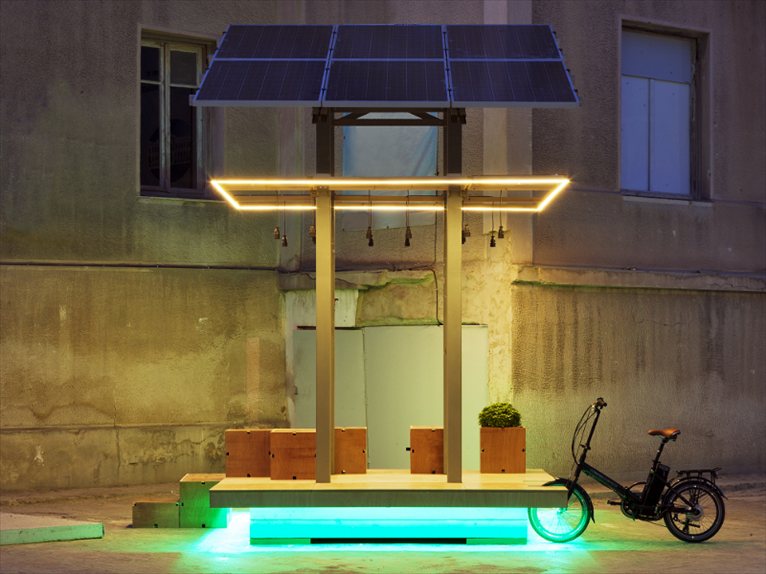 A project by the architecture lab City Index in collaboration with Energize, Eirini Vouliouri, Mariza Papaeugeniou and Vasileios Ntovros. The Aktina* proposal suggests the distribution of small-scale stations in the urban field. 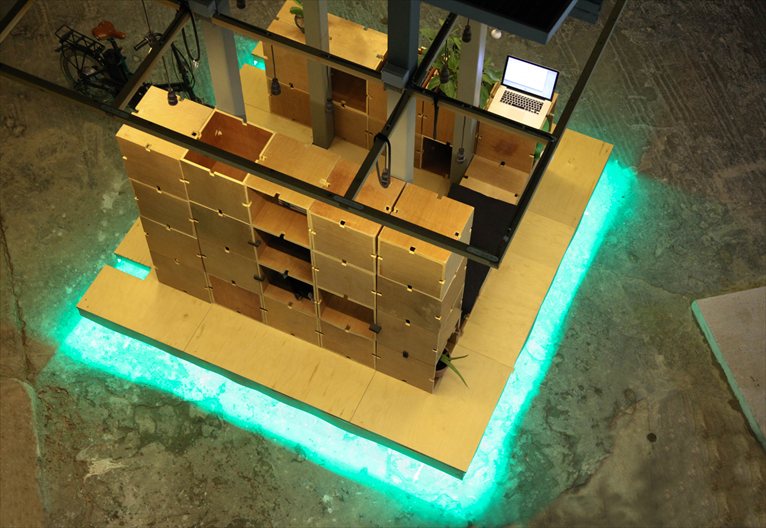 This network of interconnected elements is addressed to all citizens, by contributing to the enhancement of their everyday living and looking forward to a condition of urban sustainability - that is alternative mobility and green energy production. 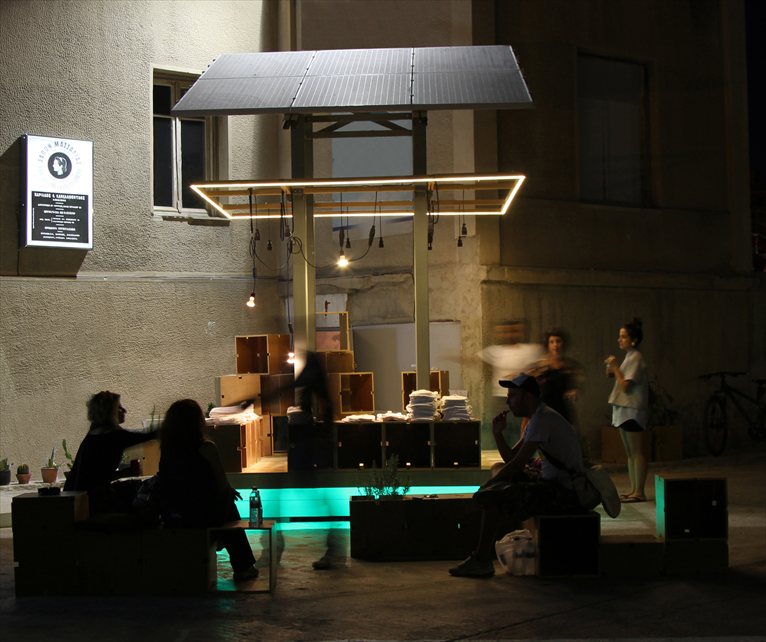 A beta unit is launched within the framework of Aeschylus Festival 2012, to test its independent production capabilities as well as to measure its social impact. This festival is a large cultural event in Greece that attracts people with various backgrounds. 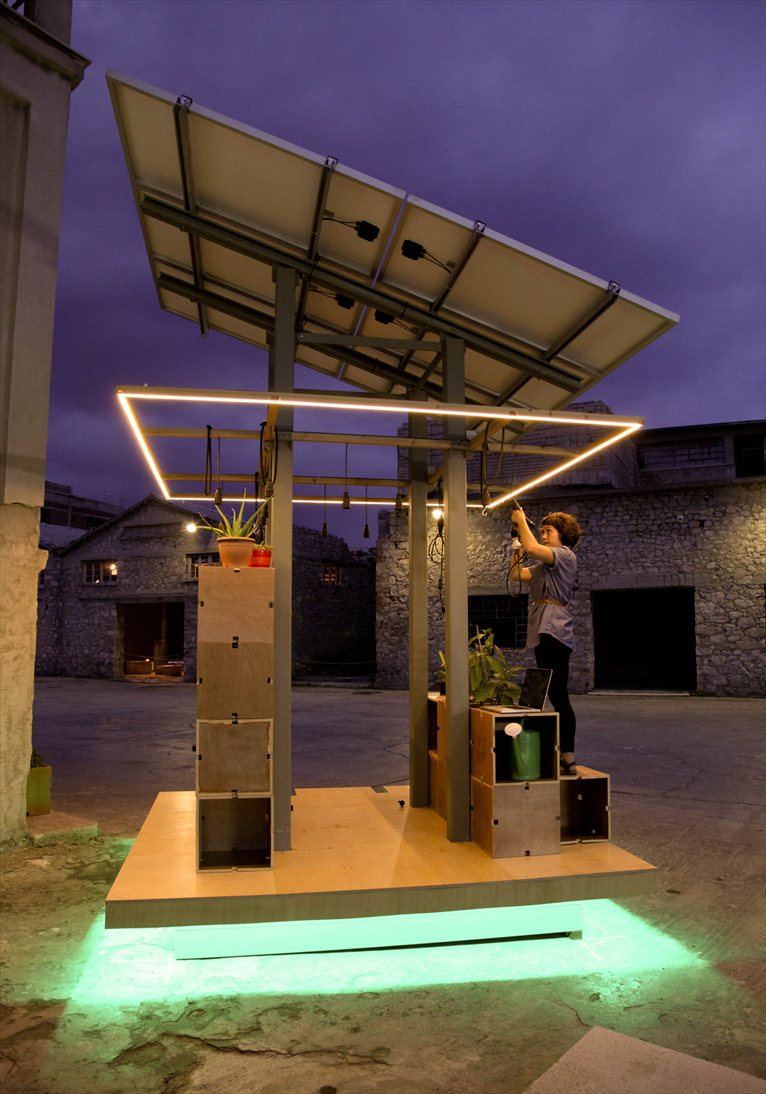 The main goal is the familiarization of the visitors with the notion of renewable energy resources and the new perspectives they bring forward, such as the notion of alternative mobility and public service, as well as the new kind of productive urban equipment. 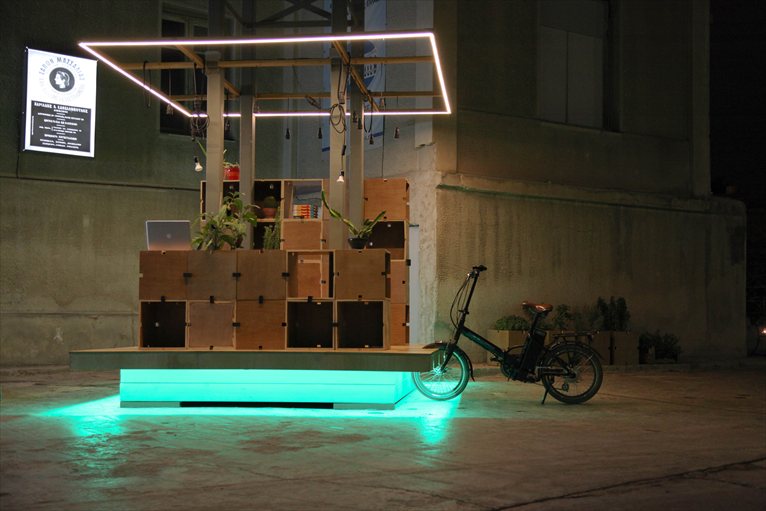 The vision of AKTINA* project is its expansion on the urban field of Elefsina or other cities, towns and settlements of Greece, so that intervention networks can be created: a new urban furniture that contemplates the existing one with productive green energy units. Moreover, the  topography of the country, which does not favor the smooth use of ordinary bicycle, as well as the high amount of sunshine, are major arguments that might support projects such as AKTINA* as ideal solutions for the Greek paradigm. 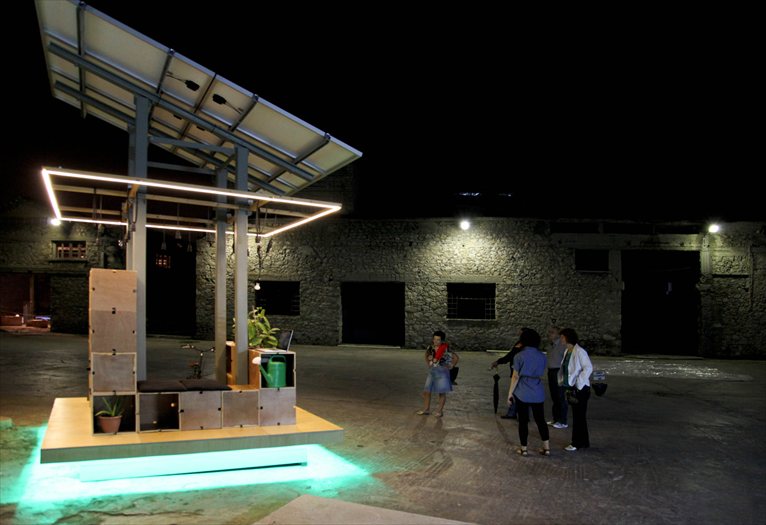 In this context, the AKTINA* project is an ongoing process of design, research and experiment, a challenge for the team, in collaboration with the local authorities and investors.