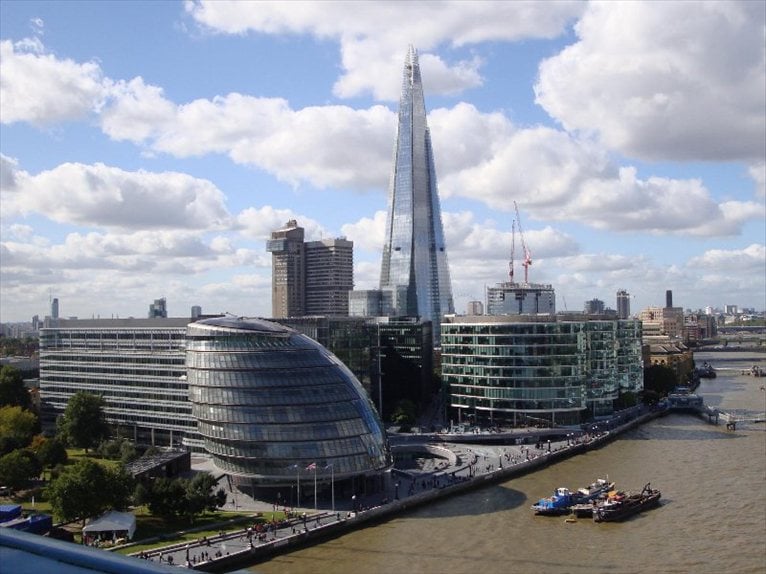 The Design Museum announces the contenders for the sixth annual Designs of the Year. They include the best designs from around the world in the last 12 months across seven categories: Architecture, Digital, Fashion, Furniture, Graphics, Product and Transport. 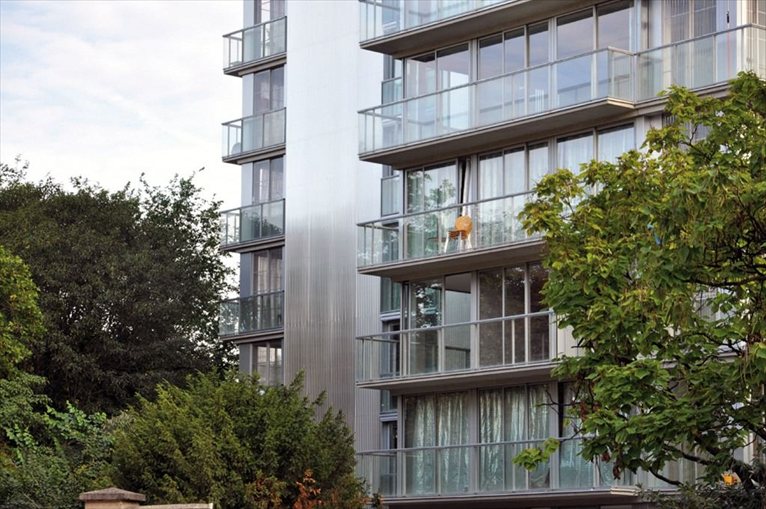 MOCA Cleveland (Museum of Contemporary Art), CLEVELAND - Designed by Farshid Moussavi
The 34,000 sq ft structure, which is 44 percent larger than MOCA’s former rented space, is both environmentally and fiscal sustainable.

METROPOLITAN ARTS CENTRE, BELFAST - Designed by Hackett Hall McKnight
The Metropolitan Arts Centre is wedged between two existing buildings on a hemmed-in corner plot that sits beside the city cathedral. The glazed tower sits atop the volcanic stone facade of this performing arts centre to create a beacon above the surrounding rooftops.

A Room for London - Designed by David Kohn Architects in collaboration with artist Fiona Banner
Perched above Queen Elizabeth Hall at London’s Southbank Centre, the boat-shaped one bedroom installation offers guests a place of refuge and reflection amidst the flow of traffic surrounding its iconic location.

Kukje Gallery, SEOUL - Designed by SO-IL
This single-storey building is draped in a stainless steel mesh blanket that fits precisely over its structure and merges with the district's historic urban fabric of low-rise courtyard houses and dense network of small alleyways. 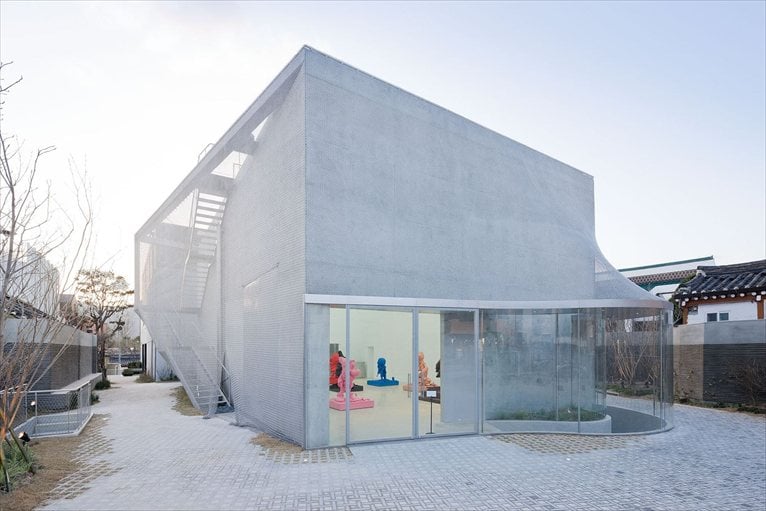 Book Mountain and Library Quarter Spijkenisse - Designed by MVRDV
This mountain of bookshelves is contained by a glass-enclosed structure and a pyramid roof with a total surface area of 9,300 sq m. Corridors and platforms bordering the form are accessed by a network of stairs to allow visitors to browse the tiers of shelves. A continuous 480m route culminates at the peak's reading room and cafe with panoramic views through the transparent roof.

Thalia Theatre - Designed by Gonçalo Byrne  & Barbas Lopes Arquitectos
Built in the 1840s, the Thalia Theatre has been in ruins almost ever since. The project reconverts it into a multipurpose space for conferences, exhibitions and events. In order to retain the old walls, the exterior is covered in concrete, while the interior remains in its original condition.

Astley Castle - Designed by Witherford Watson Mann Architects
A sensitive renewal of this dilapidated castle in rural Warwickshire, the ancient shell forms a container for a dynamic series of interior contemporary spaces. The rebirth of Astley in this elegantly assured, thoughtful project presents a strong new idea for the future interactions with the old and new. 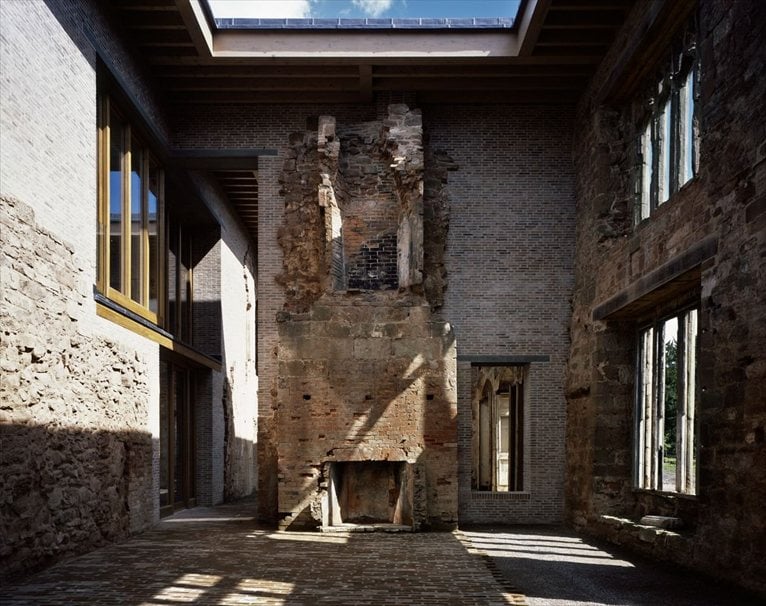 MUSEUM OF INNOCENCE, ISTANBUL - Designed by Orhan Pamuk with Ihsan Bilgin, Cem Yucel and Gregor Sunder Plassmann
The Museum of Innocence is a book by Orhan Pamuk, telling the story of the novel’s protagonist, Kemal in 1950s and 1960s Istanbul. Pamuk established an actual Museum of Innocence, based on the museum described in the book, exhibiting everyday life and culture in Istanbul during the period in which the novel is set.

Japanese Pavilion - Home for All- Designed by Akihisa Hirata, Sou Fujimoto, Kumiko Inui and Toyo Ito
Presented at the Venice 2012 Architecture Biennale, Home for All is the proposal to offer housing solutions for all the people who lost their homes in the Japan earthquake, 2011.

Daikanyama T-Site - Designed by Klein Dytham architecture
The T-Site project is a campus-like complex for Tsutaya, a giant in Japan’s book, music, and movie retail market. Located in Daikanyama, an upmarket but relaxed Tokyo shopping district, it stands alongside a series of buildings designed by Pritzker Prize-winning architect Fumihiko Maki. Theproject’s ambition is to define a new vision for the future of retailing.

The Galaxy SOHO - Designed by Zaha Hadid
Five continuous, flowing volumes coalesce to create an internal world of continuous open spaces within the Galaxy Soho building – a new office, retail and entertainment complex devoid of corners to create an immersive, enveloping experience in the heart of Beijing. 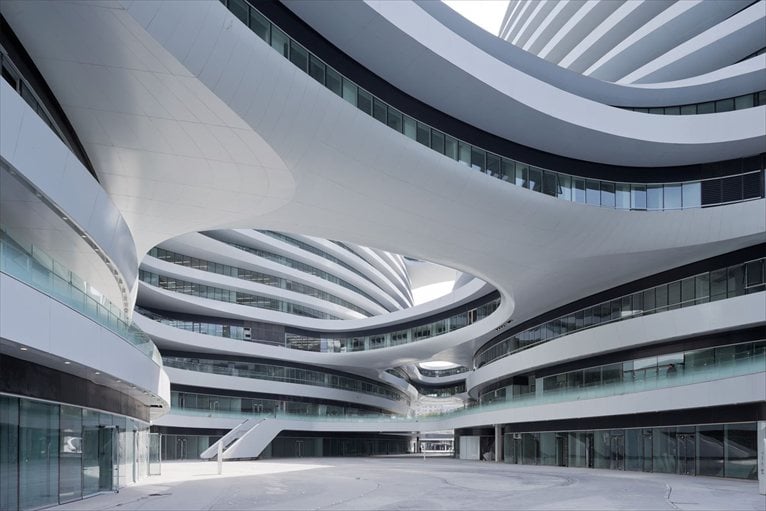 Superkilen masterplan - Designed by Bjarke Ingels, TOPOTEK1 and Superflex
Superkilen is a kilometre-long park situated through an area just north of Copenhagen's city centre, considered one of the most ethnically diverse and socially challenged neighbourhoods in the Danish capital. The largescale project comes as a result of a competition initiated by the City of Copenhagen and the Realdania Foundation as a means of creating an urban space with a strong identity on a local and global scale.

FOUR FREEDOMS PARK, NEW YORK – Designed by Louis Kahn
In the late 1960s, during a period of national urban renewal, New York City Mayor John Lindsay proposed to reinvent Roosevelt Island (then called Welfare Island) into a vibrant, residential area. Louis Kahn, was announced as the architect of the project in 1973. Louis Kahn finished his work but died unexpectedly as the City of New York approached bankruptcy. On March 29, 2010, 38 years after its announcement, construction of Franklin D. Roosevelt Four Freedoms Park began.

Category winners and the overall winner will be decided by a jury and announced to the public on 17 April 2013.