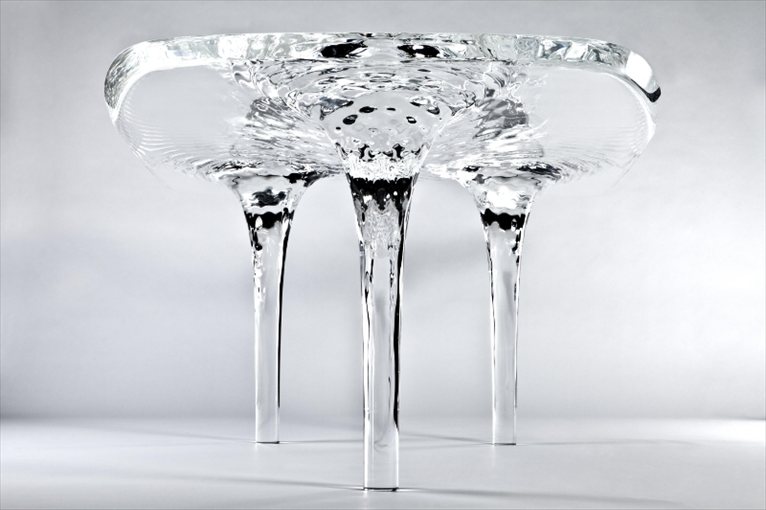 The Designs of the Year awards, ‘The Oscars of the design world' showcases the most innovative and imaginative designs from around the world, over the past year, spanning seven categories: Architecture, Digital, Fashion, Furniture, Graphics, Transport and Product. Category winners and the overall winner will be decided by a jury and announced to the public on 17 April 2013. 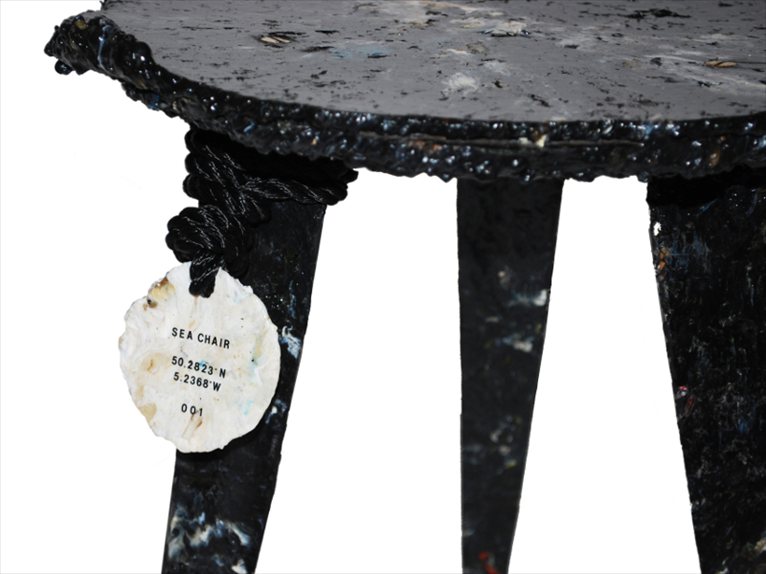 Here are Designs of the Year 2013 nominations for Furniture Category:

Since the discovery of the Pacific Garbage Patch in 1997, which is predicted to measure twice the size of Texas, five more have been found across the world’s oceans. The ‘Sea Chair’ is made entirely from plastic recovered from our oceans. 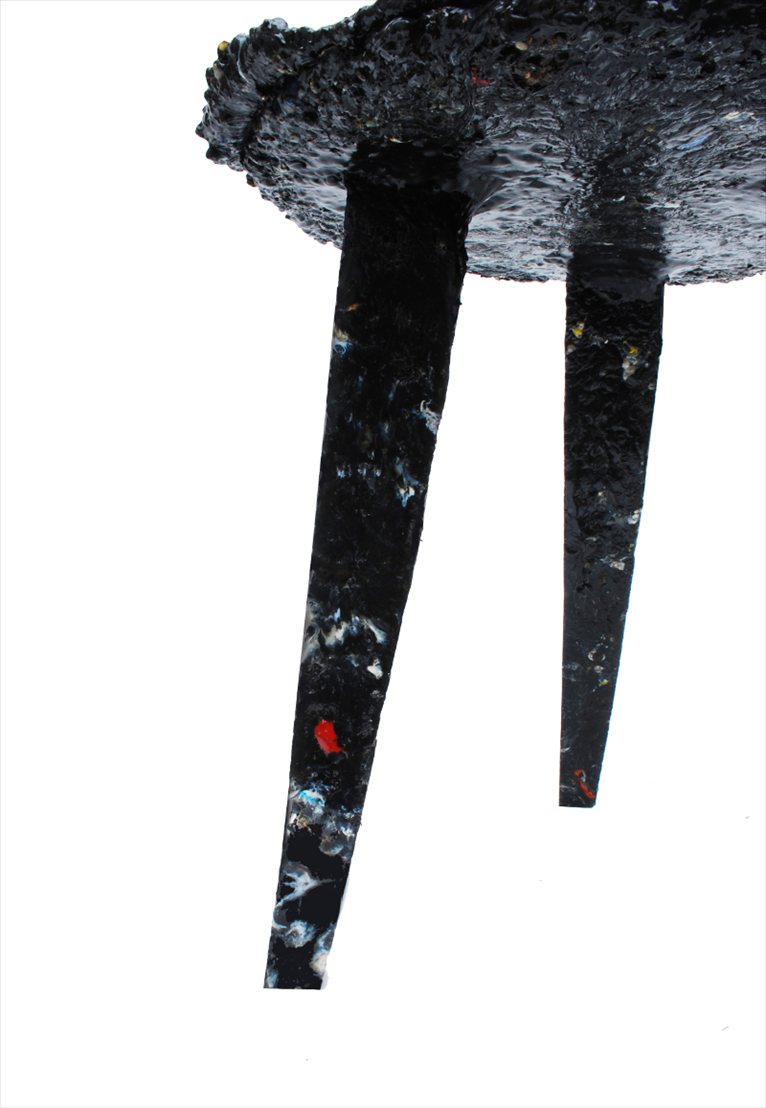 In collaboration with Kieren Jones, Studio Swine has created devices to collect and develop marine debris into a series of stools. 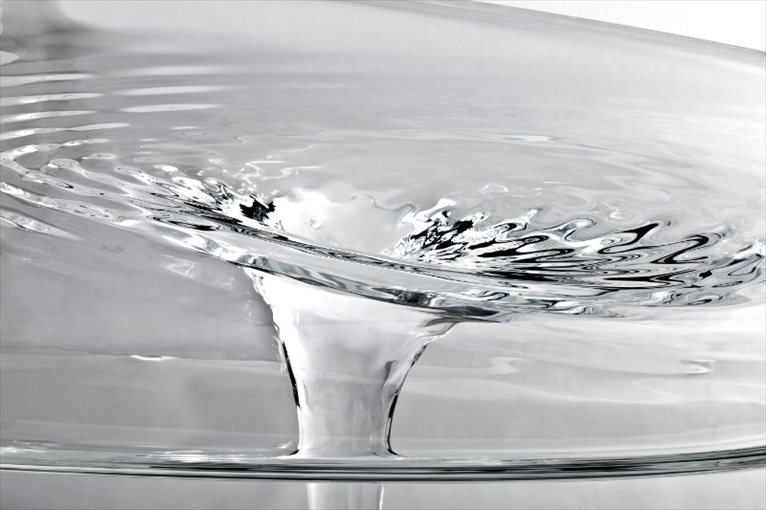 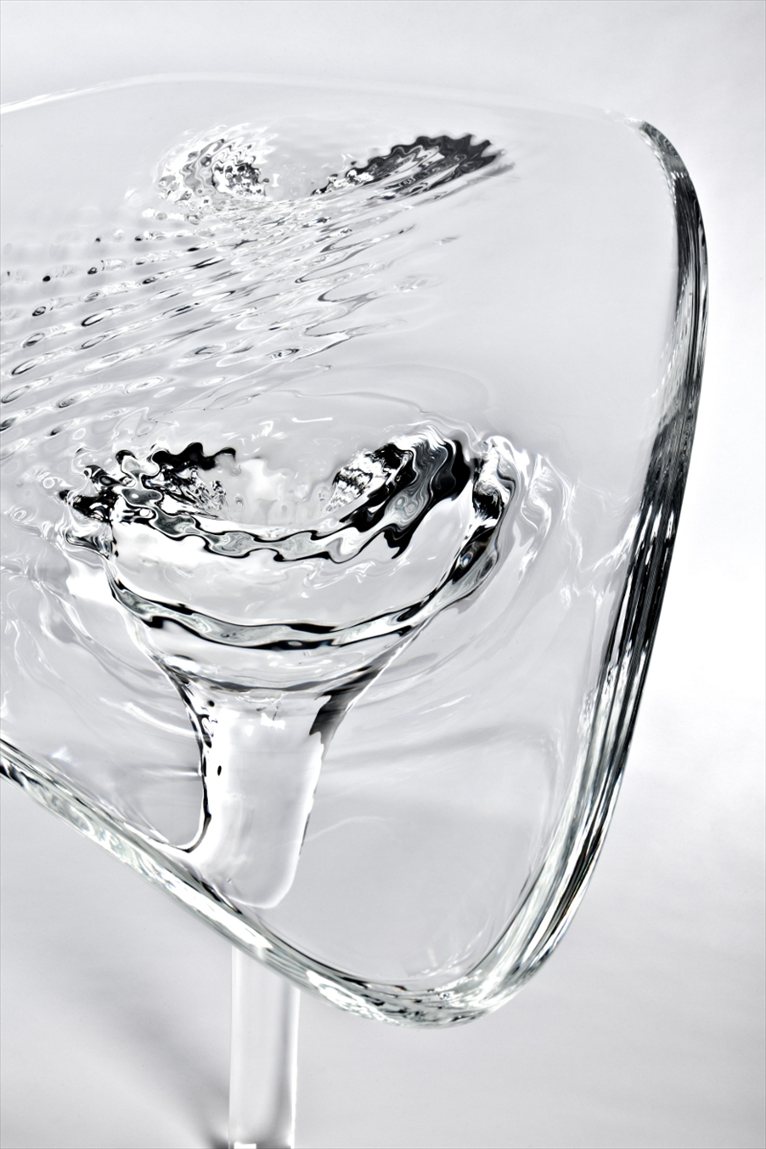 The elementary geometry of the flat table top appears transformed from static to fluid by the subtle waves and ripples evident below the surface, while the table’s legs seem to pour from the horizontal in a vortex of frozen water. 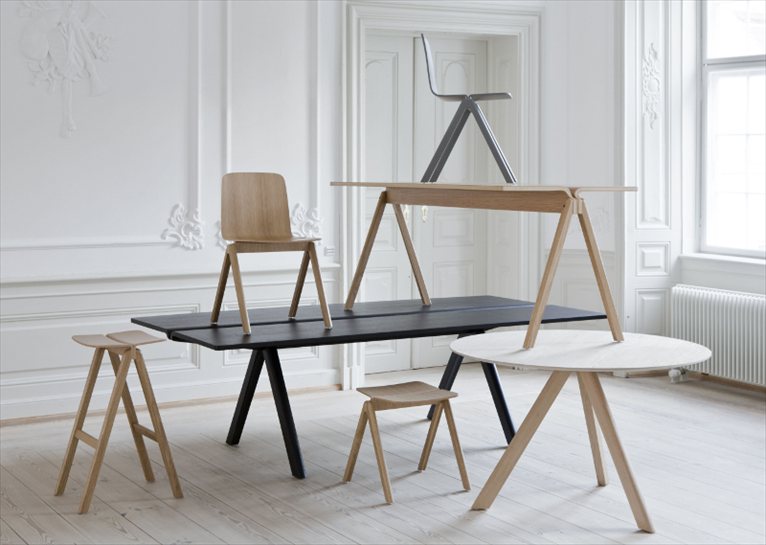 Fabricated from oak and beech, the motivation for the series was an old wooden university trestle chair by architect Berndt Pedersen. 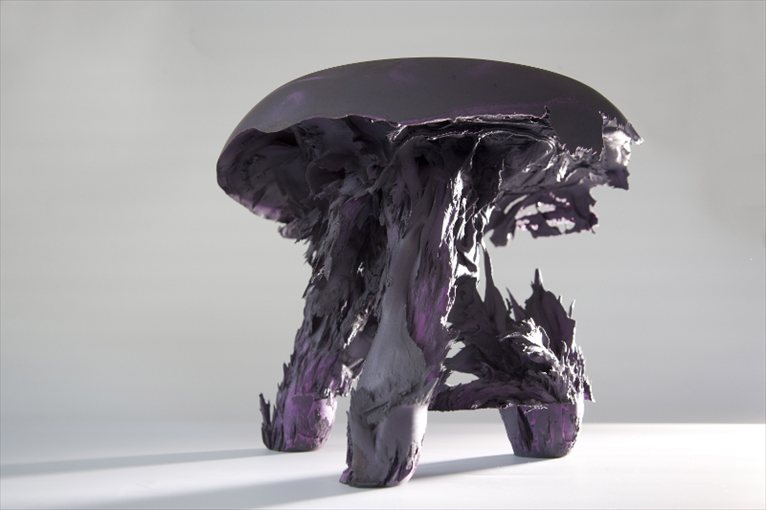 Jolan Van Der Wiel developed a 'magnet machine', whereby he positions magnetic fields above and below a container of polarized material containing metal shavings. In order to form and determine the shapes of his furniture pieces, the hanging units are pulled down and then released, in which the substance follows, drawn upwards by magnetic force, letting gravity determine the shape of the stool. 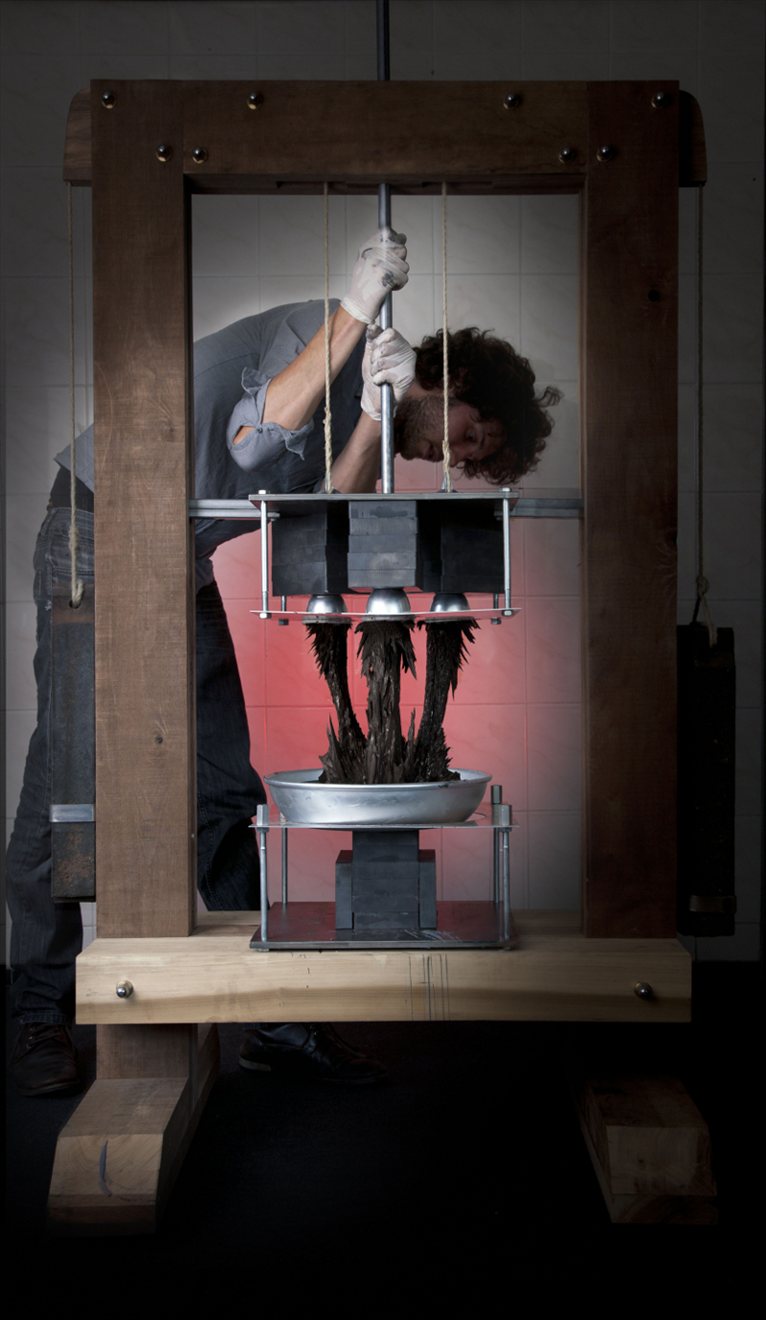 The Well Proven Chair is the result of research into the development of wood chips. The investigation began with the discovery that products and furniture made from wood generate between 50-80% waste in the form of sawdust, chippings and shavings. By combining these waste products with bio-resin, it turns to a porridge-like mixture and expands into a solid. With the addition of water or increased temperatures it can expand up to 700%. This material is then used to create the seat shell combined with a simple but beautiful leg structure of turned ash.

The Tié Chair is the design studio’s second paper chair and was inspired by Yuhang Aper Umbrellas - the shell is made from irregularly shaped rice paper sheets, and the shape echoes the classic Chinese horseshoe-back armchair.

Marni designers have reworked the patterns and colour palettes of traditional Colombian chairs woven from PVC threads to create a desirable, one-off range, which has been produced by Colombian ex-prisoners. 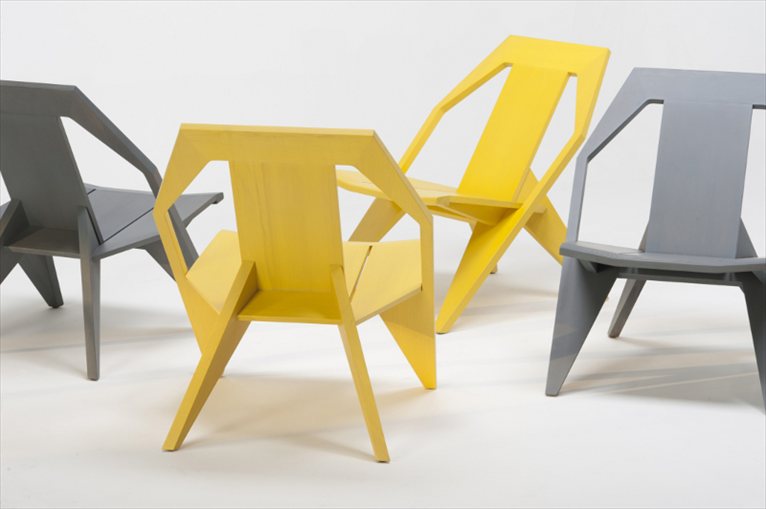 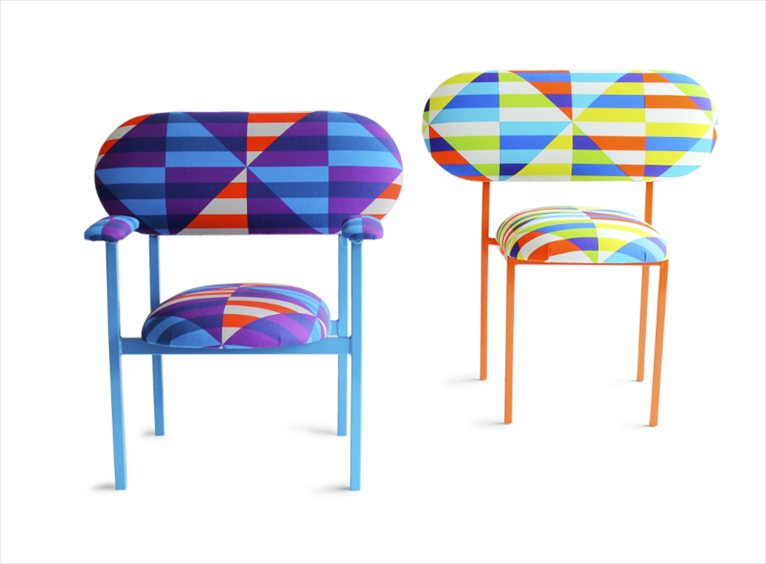 Re-imagined Chairs by London-based Studiomama is a project born out of questioning resourcefulness and attitudes towards waste. 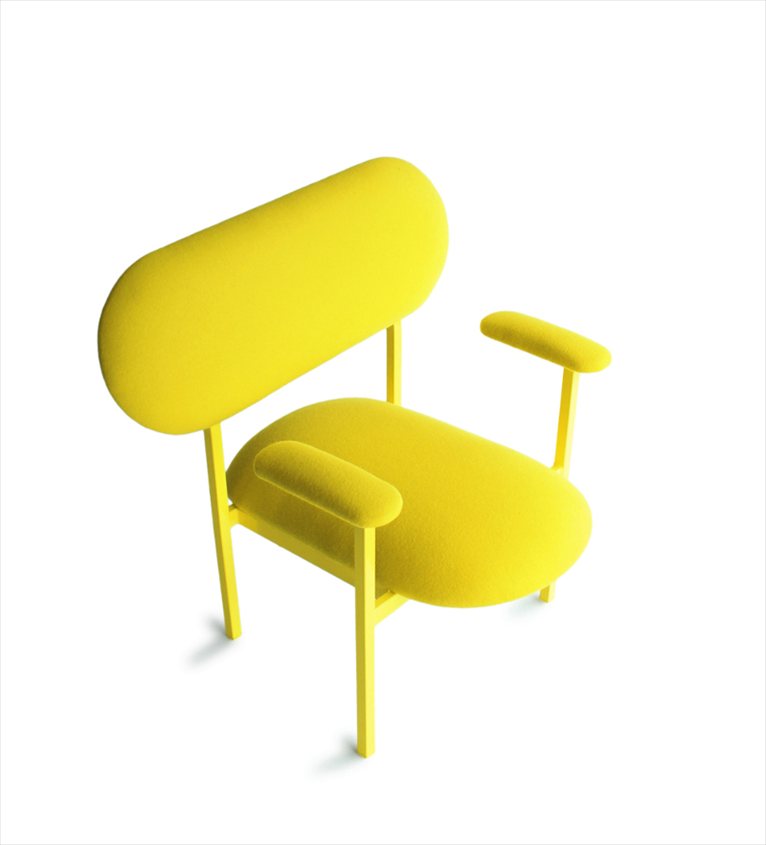 It builds on the interests in expediency and re-using the existing, and speaks of the ability to see the potential in the unwanted, by encouraging users to re-look at unwanted furniture. 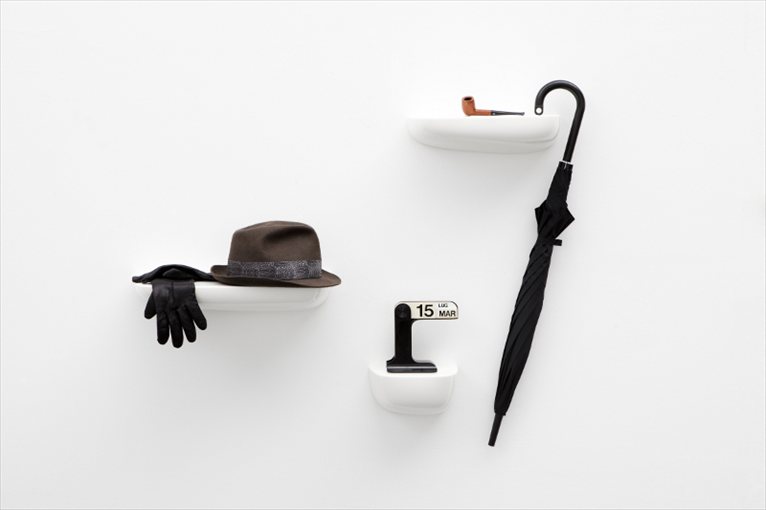 CORNICHES – Designed by Ronan and Erwan Bouroullec for Vitra

The idea for Corniches arose from the need for small storage spaces to keep small items. Corniches are neither regular shelves nor simple horizontal surfaces, but rather individual, isolated protrusions in the environments that we create. Corniches are a new way to use the wall in living spaces. 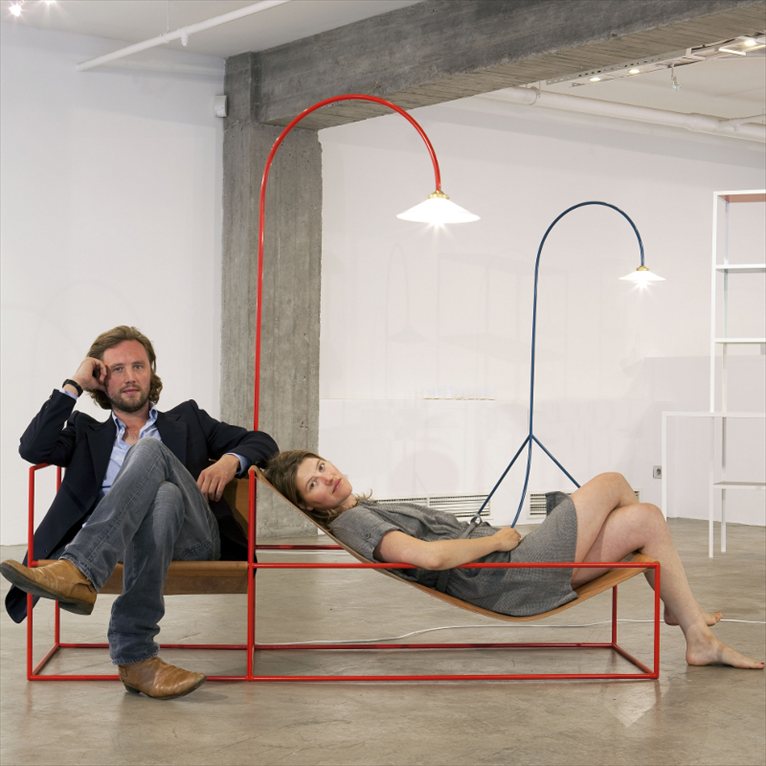 This collection of shelving units, in various heights and configurations, include deckchair shaped seating inserted into their frames, as well as standing and hanging lamps and separate chairs and loungers.

You can see nominations on display in the Designs of the Year exhibition at the museum from 20 March 2013.