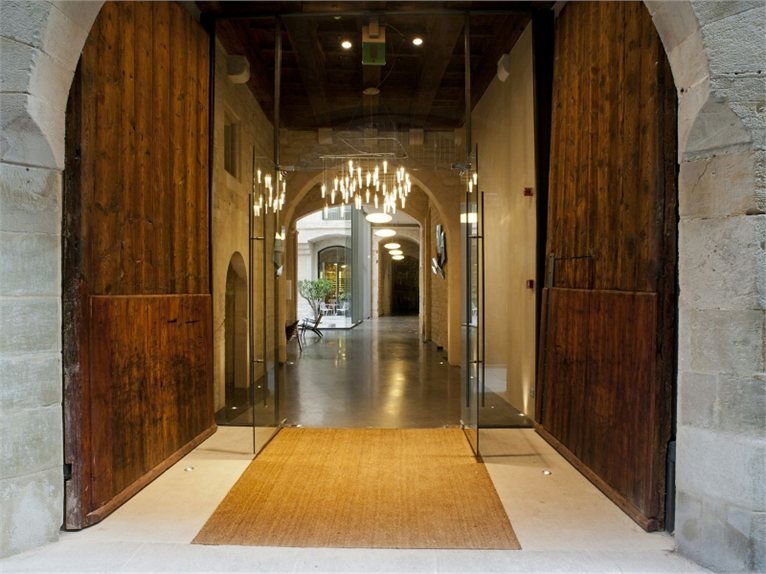 The Mercer Hotel Barcelona, the flagship of the Mercer Hoteles group, was opened on November 28th in Barcelona, Spain. The hotel, designed by Spanish starchitect Rafael Moneo, has been created in a building classified as a 'monument' and is located in the Gothic quarter of Barcelona.

A unique building with only 28 rooms, it is, however, of great historical value for the city because it integrates a part of the Roman walls of Barcino, with remains dating back to the first century AD.

The Mercer group commissioned a project to Moneo that would integrate the particular context and highlight the value of the historical heritage of the building without compromising design and modernity. Under the watchful eye of Moneo, the rooms have been created with the clear intention of leaving the historical presence “clear”, without falling into pure historicist proposal, integrating the heritage and retrieving objects, fine materials and modern furniture chosen with care.

With a medieval façade that has remained intact in time, the hotel welcomes its guests through a large solid wood door characterized by the remains of different periods, from the first century AD up to the end of the nineteenth century, which have settled.

The first thing that strikes the visitor is the predominance of two elements: light and stone, undisputed protagonists of the work.

Light, which enters through the great windows of the central courtyard framed with 17th century columns, reigns in the hotel lobby, creating a clear contrast with the 'darkness' of the narrow street in front.

Another 'key' place of the historic hotel is its library. Positioned on the main floor, it is located in the transition between two bastions of the Roman walls of the city and includes medieval frescoes discovered during the restoration of the structure. It is a relaxing space where visitors can immerse themselves in a wide range of books on the history of the city.

For the recovery and restoration, a detailed historical and architectural study was conducted, which formed the basis for Moneo's design project and which involved the collaboration of the Government of Catalonia and the University of Barcelona.