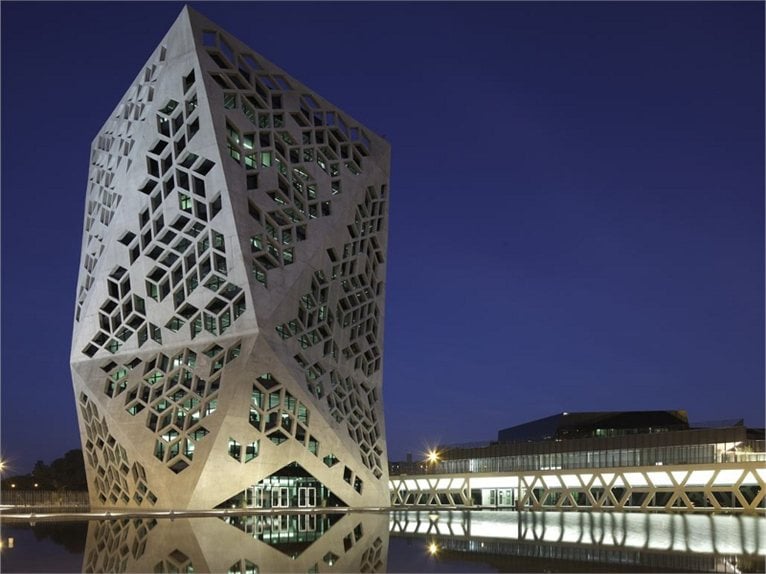 The new Bicentennial Civic Center of Córdoba, Argentina, designed by GGMPU Arquitectos and Lucio Morini, is located in the historical centre of the city, along with other urban interventions and is part of an overall restoration and redevelopment of the areas near the Río Suquía. The physical connection is made by means of a double bridge whose lower sections will be covered with native vines, as part of the recovery of the river landscape.

The whole civic centre consists of two buildings, one of which is higher and more robust than the volume located at its base, which is on a single level.

The two volumes relate to one another and to the environment by means of a large but shallow body of water (which acts as a water reserve in case of fire), in which they are reflected and that if needed can be emptied in order to be transformed into a large public plaza.

The taller building is a fairfaced concrete volume based on a square cuboid 45 meters high and with a side measuring 26 meters. At a height of 16 metres it has been rotated by 20°. This movement generates a more complex morphology based on triangles, which in turn produces a very particular play of shadows and light. The 'holes' in the façade follow the diamond-shaped base of the Arabic diamond. The shorter but longer building is illuminated by a series of skylights on the roof and windows placed along its entire perimeter.