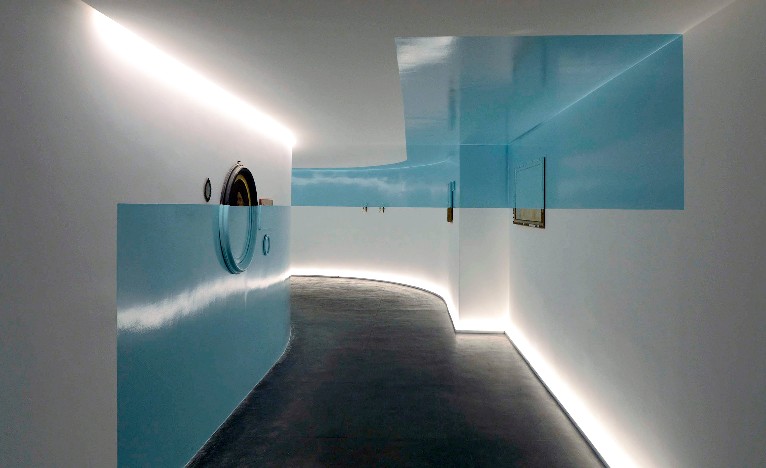 Horiz-ontal is a site-specific installation, designed by Davide D’Elia for the spaces of Casa Italia in Rio de Janeiro for the Brazilian Olympic Games.

In the entrance hall of the Italian headquarters, precisely Casa Italia, the walls are as immersed in D'Elia's typical monochromatic blue iris anti-fouling paint. 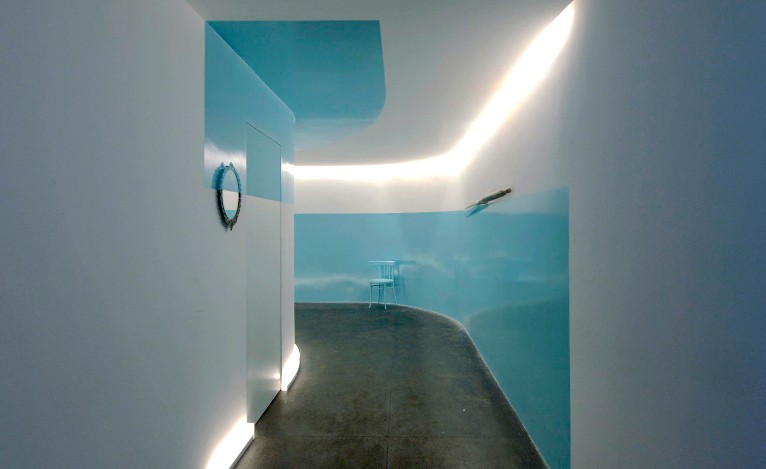 "The horizontal exchange between Italy and Brazil - Davide says - is the concept behind the exhibition HORIZONTAL, which fully marries the sense of reflection given by the specular walls. In fact, on the right hand side (left if you go back) the action plunges paintings and objects from the top down couched fruition".

"Therefore entering the corridor becomes a kind of kaleidoscope of perpetual return between the two countries where the objects and the paintings become metaphors of houses and memories that are new homes, and crystallize in creating a new cultural identity called: Italobrasiliana". 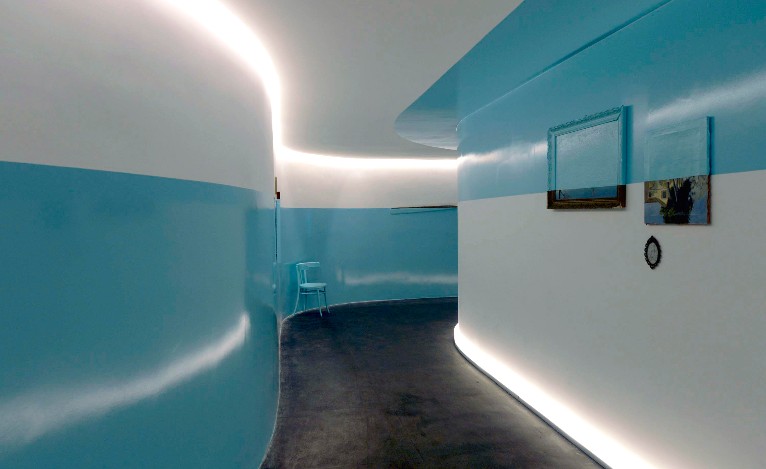 HORIZONTAL approaches this vision on different levels: as a direction of contact between Italy and South America, not as conquerors but as immigrants; the vantage point of the horizon as an ideal openness to the unknown; our proverbial curiosity about faraway and unknown things; and the reference to the host location, seen as an island, a ship, a beacon overlooking the sea. The inspiration comes from afar, from the intuition of bringing to life the images painted by Raffaello Sanzio in The School of Athens (1509–1511), the famous fresco in the Apostolic Palace of the Vatican. Plato and Aristotle face off – as could never have happened in reality – balancing the conception of vertical thought (Plato) and horizontal thought (Aristotle).

The intention of contamination is precisely the framework of the project HORIZONTAL for Casa Italia – Rio 2016. To bring ourselves, with sincerity, to the attention of an international audience, which have no difficulty in recognizing, through a very eloquent iconographic approach, our particular way of establishing relations with the “other” through empathy. The artists invited to take part in HORIZONTAL are all Italians, chosen precisely for their ability to represent the contents Casa Italia sets out to convey with their works.