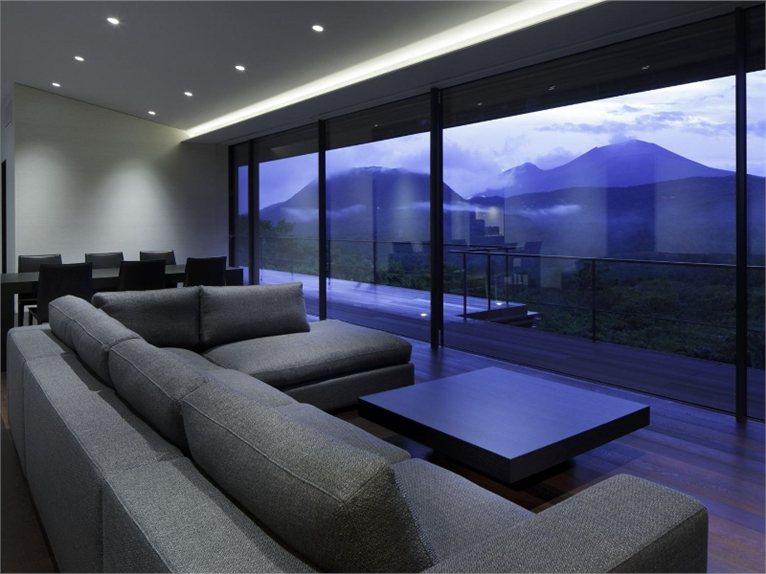 House at Asamayama was commissioned to Kidosaki Architects Studio after the owner finally found the suitable site they had been seeking; the main objective of the designer was to connect the splendid 'sea of trees' of Mount Asama ('Asamayama' in Japanese) to the interior spaces.

The first place from which the view can be enjoyed is the suspended bridge of the entrance whose door seems to frame Mount Asama. Each detail of the project has been designed according to the relationship between the Mountain, the house and its interior spaces.

Architect Kidosaki says “I think a life will dwell in a house, when it could tell the story of why it did so and became so about every part of the designed building".