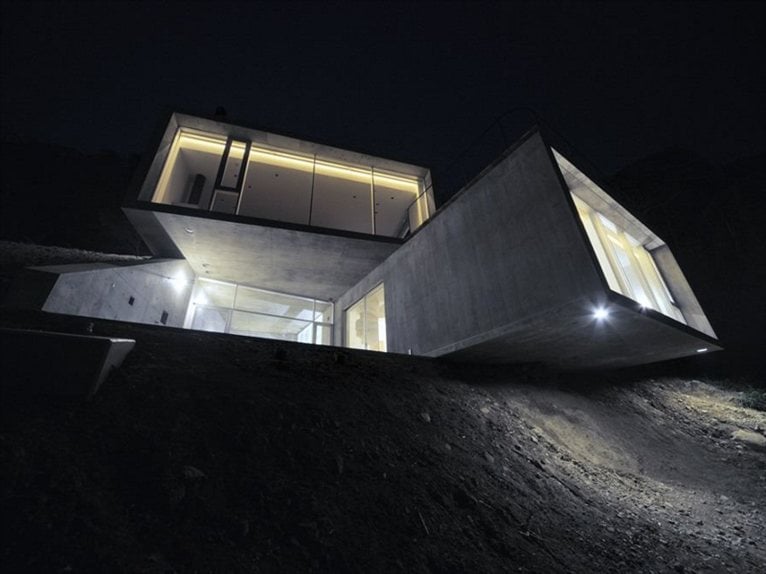 ‘A’ House in Kisami is a private residence overlooking the ocean in the southernmost part of the Izu Peninsula, Kisami, about 180 kilometres from Tokyo. Located at the end of a mountain road that leads to the coast, the house is built on a steep slope overlooking the sea with a marvellous view and sounds.

A young couple, excited about the site, commissioned from Florian Busch Architects a refuge with simple volumes that would give them and their children a stark contrast to their daily lives in central Tokyo. Being a very steep slope, the first operation carried out was carving out the mountain.

In the trapezoidal shape area obtained from the excavation, a small volume surmounted by a second slightly rotated body has been created: the void formed in the mountain has, therefore, become the central core of the house. In the space between the volume of the lower floor used as sleeping area and the upper level used as a living area, a wellness area with spa has been created.

When the void between two solid bodies becomes the true essence of a constructed work, we can understand how the architecture is not necessarily something to be carried around the objects, but can also be the result of the empty space left by an object.

The essence in this case can be summarised as follows: the external space that passes through the building at the foot of the mountain and joins the 'A' House to the sea.