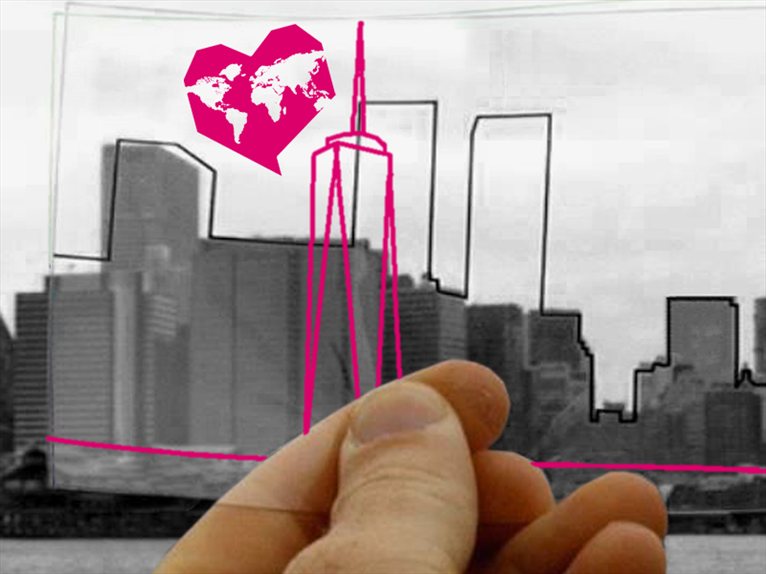 A year ago, on the 10th anniversary of the attacks, Mayor Michael Bloomberg said “But now, the time has come for us to call those 16 acres what they are: The One World Trade Center - Freedom Tower and the National September 11 Memorial Museum & Pavilion.”

Far from the smoking pile of rubble that filled the area in the fall of 2001 or the languishing construction pit in the years that followed the World Trade Center now holds two rising skyscrapers and an eight-acre memorial opened a year ago (with the Reflecting Absence Memorial).

By now the One World Trade Center's steel had officially topped out at the nominal 105th floor, at a total height of 417 mt. At the time, the tower's concrete flooring had been installed to the 94th floor, and its glass panels had reached the 82nd floor. The tower's 124 mt radio antenna will be installed sometime during the remainder of summer 2012. 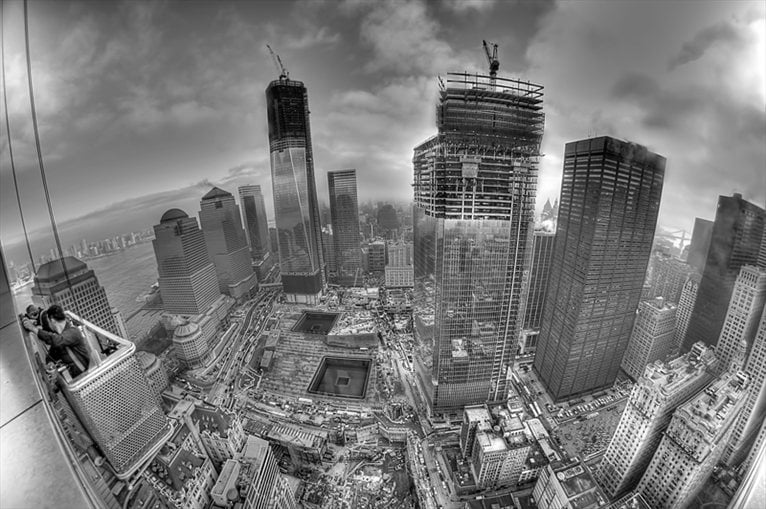 "Imagine there's no heaven/It's easy if you try/No hell below us/Above us only sky/Imagine all the people... living life in peace". IMAGINE- John Lennon