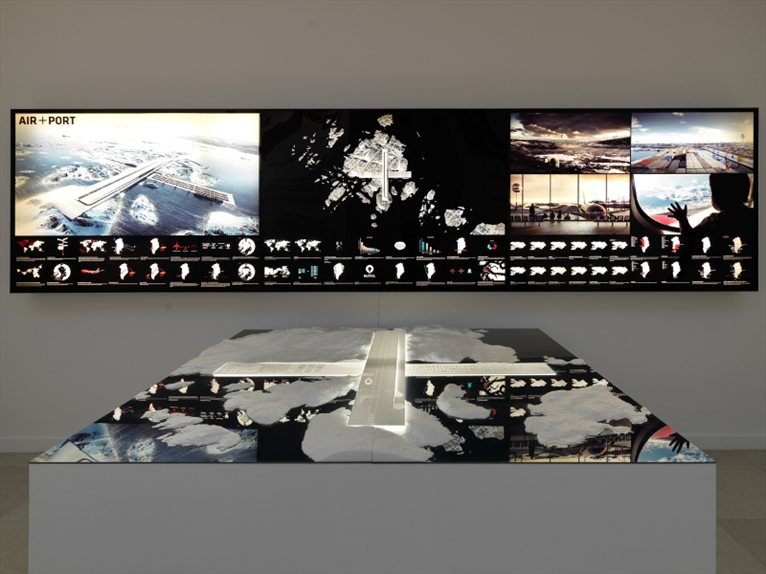 BIG - Bjarke Ingels Group in collaboration with TENU, Julie Hardenberg and Inuk Silas Høgh present Connecting Greenland: AIR+PORT as a part of the exhibition “POSSIBLE GREENLAND” at the Danish Pavilion, exploring the potentials and challenges that Greenland is facing as the country gains global attention.

Greenland’s political agenda is currently dominated by the global interest in its natural resources suggesting an international accessible airport in Nuuk and the upgrading of the capital’s industrial harbor. The current inefficient domestic aviation system together with the eruption of resources and impacts of climate change place Greenland uniquely in the center of the future maritime world map. Greenland Transport Commission identified the island of Angisunnguaq, south of Nuuk as a potential new epicenter for connecting Greenland.

“Greenland has the potential to reposition itself from the periphery to the center of the major world economies of Europe, Asia and America. Greenlanders today are purely dependent on air traffic for domestic commutes but almost crippled by empty flights and staggering prices. The new Air+Port will become a transit hub between Europe and America – increasing potential transit tourism and cutting costs for the local commuters. By overlapping the water and airways in the Air+Port we seek to resolve a domestic challenge with a global investment. A piece of global infrastructure with a positive social side effect – Social Infrastructure.” Bjarke Ingels, Founding Partner, BIG.

Rather than seeing these major infrastructural developments as two separate investments, BIG envisions a symbiotic relationship between the two transportation systems air + port. Instead of creating a new mono programmatic piece of public infrastructure the project explores the potential mix of programmatic molecules creating a new DNA for efficient transportation and vibrant public programs benefitting not only Nuuk, but the country as a whole. 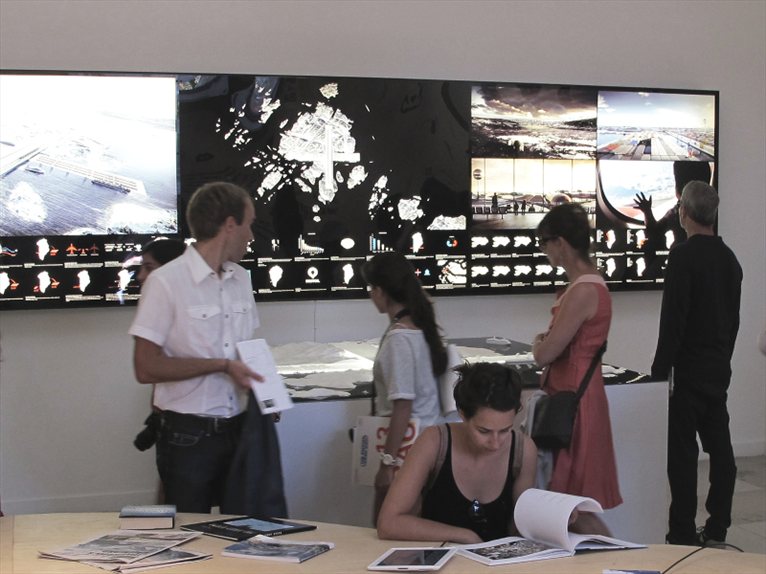 The overall exhibition Danish Pavilion - POSSIBLE GREENLAND headed by the Danish Architecture Centre and curated by Minik Rosing & Nord Architects aims to give an insight into Greenland as a major political, cultural and business force in a globalized world. The exhibition at the Danish Pavilion provides a spectacular experience of 'Greenlandness' through images, film and artifacts. Representing central perspectives, including Cultivating, Connecting, Inhabiting, and Migrating, POSSIBLE GREENLAND explores the country’s main challenges and opportunities.