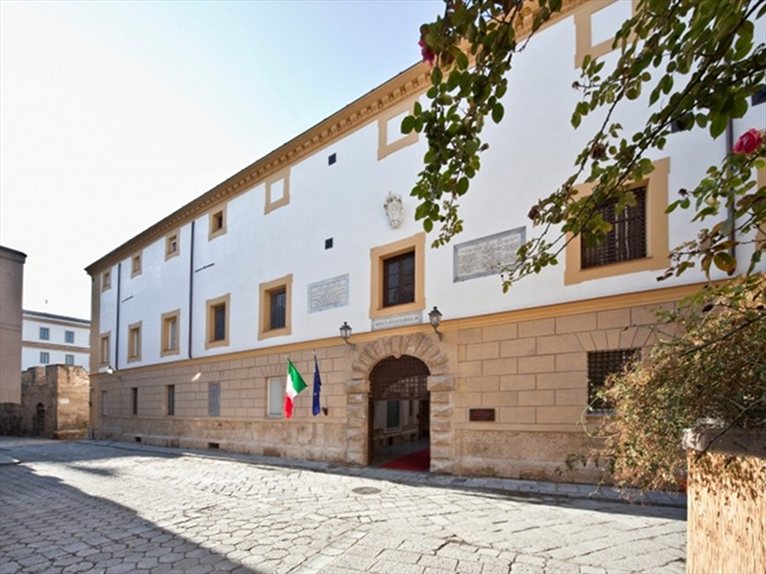 At the end of May with a ceremony in the presence of the Italian President of the Republic, Giorgio Napolitano, Palazzo Branciforte, a historical building in the heart of Palermo in Sicily, was inaugurated at the end of an important restoration project promoted by the Fondazione Sicilia and carried out by Gae Aulenti.

This sixteenth century Palazzo contains an extraordinary archaeological collection, but also ceramics, majolica, stamps, coins and sculptures, which provide the backbone of a great 'museum of Sicilian memory', which includes the most interesting aspects and artistic-cultural elements on the Island, in a prestigious and functional architectural context.

The assignment to draw up the project for the complete restoration of Palazzo Branciforte was assigned to Gae Aulenti in 2007. Their project aimed at making the historical building a prestigious cultural pole open to all the citizens and characterised by new and dynamic spaces for art and culture, by means of a work of recovery and restoring the most representative parts of the building, whose gross area is 5,650 sqm.

The restoration work gave life back to the building, by restoring its refined beauty and creating suitable rooms for different uses. All this in complete respect of the original morphological characteristics and the most significant architectural elements. One of the main objectives which has guided the whole restoration work procedure has been that of re-assessing those important architectural spaces that had lost their original function over the centuries: a small internal road, the main courtyard, the stables on the ground floor.

The architectural re-qualification project prepared by architect Aulenti envisaged the creation of a series of spaces inside the building, including an exhibition area, a museum itinerary, a library, a conference room (Branciforte Auditorium), a restaurant, a cookery school, representative areas and offices for the personnel.

The work has, therefore, restored the areas disrupted in time and modified in various periods: some modifications to the original core, after the first expansion, were carried out in 1801 when the building became the headquarters of the Monte di Santa Rosalia.

The most obvious and invasive modifications were carried out a few decades later following some accidental events which repeatedly affected the building: first of all a fire following a bombardment in 1848 which caused a lot of the ceilings and the internal floors to collapse. Consolidation and restructuring followed immediately but did not take account of the architectural characteristics of the building. The layered roof of the building was reconstructed, but it was decided to not restore the floors between the first and second floor, creating floor to ceiling areas where great wooden shelves were positioned and which still characterise the eastern wing of the building.

The current restoration work performed by the architect Gae Aulenti has been aimed at exploiting the intrinsic nature of Palazzo Branciforte, restoring functionality to those areas affected by its subsequent uses. The restoration work has transformed the building into a new urban place, while respecting the original appearance, open to all and characterised by unique spaces, making it a first class reference point in Sicily and Italy too.