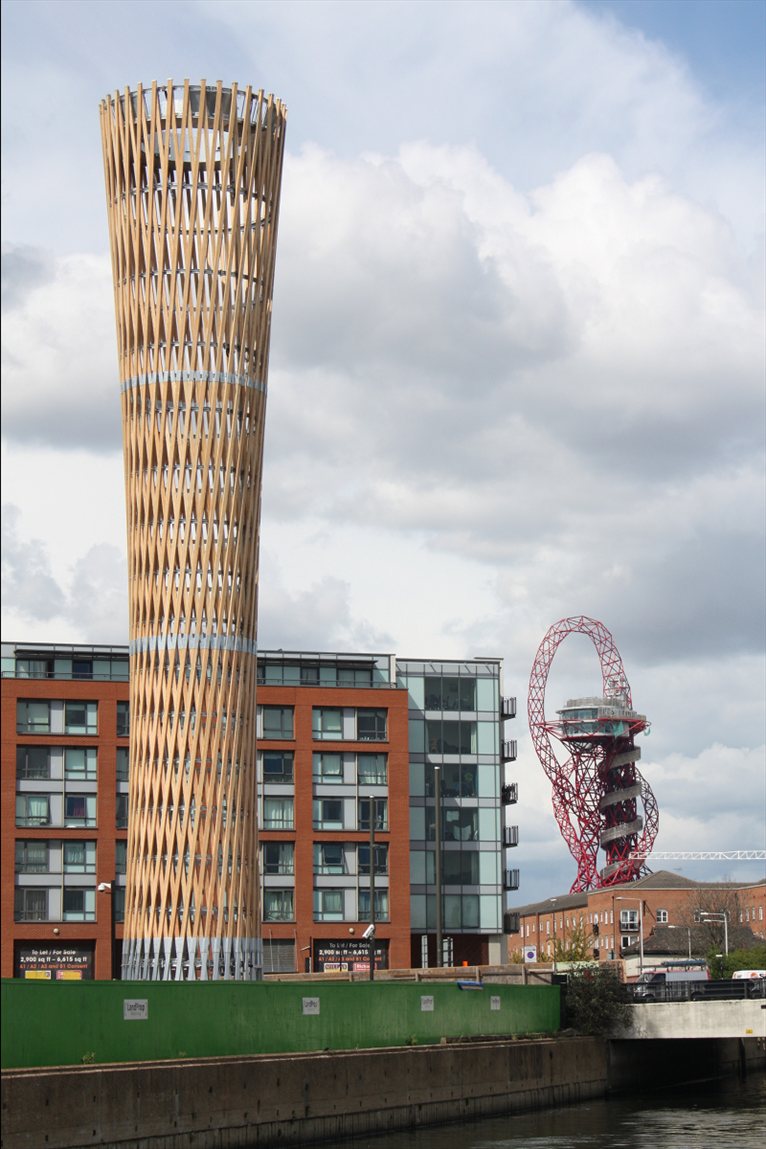 London has been undergoing a process of renovation of some run-down urban areas, in particular the East End, for over a decade now. Indeed the new Olympic Park which is currently hosting the London 2012 Olympics has been built in this area in the suburb of Stratford, north of the Docklands. Part of the "legacy project" of this area envisages the creation of a new district called Strand East, where the Italian company Wood Beton has built the Strand East Tower.

The 40 metre high wooden tower is a symbol of the regeneration of the area of Stratford around Sugar House Lane, an abandoned and decaying area which is now beginning its transformation.

The structure, designed by ARC-ML and eHRW, with executive design by Engineer Giovanni Spatti of WOOD BETON, stands out for its elegance, transparency, slenderness and great stability. This “sculpture” has a lean form made up of a lattice of interwoven wooden beams and 16 horizontal galvanised steel beams which narrows in the centre to form a hyperboloid shape without further internal support.

The sculpture is visible from many points near Stratford and during the day it can be seen in its natural colour while at night it is lit up by over 600 LED lights, whose intensity and colour can be controlled and programmed to obtain a wide range of lighting effects.

This project has satisfied the technical and performance requirements established:

• the creation of a monument with a great aesthetic impact, with an elegant and transparent profile

• low maintenance costs which are zero in the first five years

• the possibility of dismantling and reconstructing and recycling the structural components.