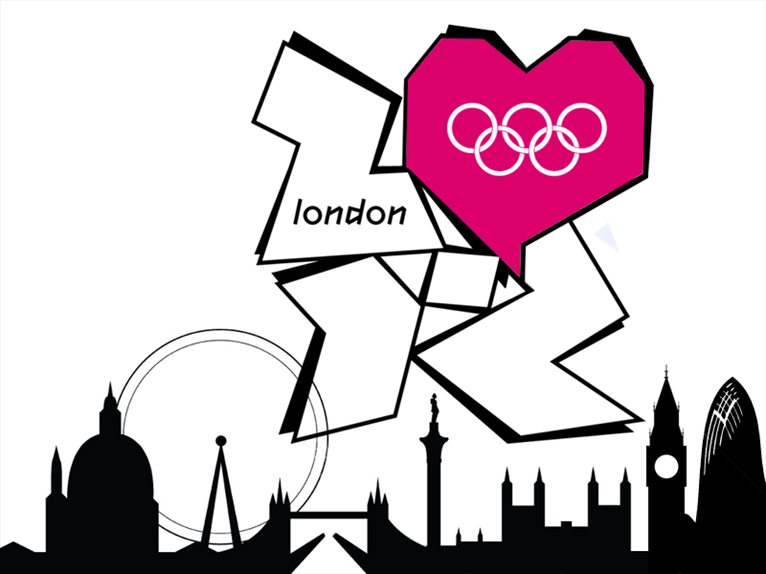 The first week of events at London 2012 have almost come to an end so let's take stock of what has happened both on and off the field in these first few days using our trusty Hendiatris “Citius, Altius, Fortius” to guide us around some sporting and architectural curiosities.

The Games are already living up to their billing as the first “social” games: two athletes have already been sent home for racially offensive tweets, a teenage tweeter in the UK has been arrested for insulting British teenage gold medal hope Tom Daley, a journalist has been suspended for tweeting negative comments about rival company NBC's coverage of the games...., but the positives outweigh by far these few negatives. Fans all over the world get first hand news of their favourite athletes just after they have won a medal, a heat, a match....although some countries have banned their athletes from tweeting in case they accidently disclose confidential information like injuries, tactics, etc.... and you can follow the action as it happens in different venues at the same time without having to be there or in front of a TV, you can receive alerts when your favourite athlete tweets news or your country wins a medal.......

If all this sounds familiar you are right, it's just what Archilovers and our other social channels are all about – keeping on top of everything that is happening around you, so that you can learn and improve yourself professionally and personally.

Anyway back to the Hendiatris:

“Faster” - from a sporting viewpoint has to be Ye Shiwen the 16-year-old Chinese swimmer who has won two gold medals in the swimming competitions so far; after shattering the world record in the 400-m individual medley, the night before last she broke the Olympic record in the 200-m individual medley to strike Gold again....amidst disbelief and accusations of doping. While officials and media from other countries stir up stories, which sound like sour grapes to me, former swimmers play down the disbelief by saying that sudden improvements (Ye Shiwen took five seconds off her personal best in breaking the world record) in very young swimmers are nothing new.

We can use this sporting link to briefly take stock of recent Olympic Stadia, starting with the Olympic “dream team” Herzog & De Meuron Architekten-Ai Weiwei's Bird's Nest Olympic Stadium in Beijing – China - Ye Shiwan's birthplace. The stadium, unlike many other previous ones has not yet found a post-Olympic function, although it seems that this is not a problem because the cost of maintenance is covered by the 20,000-30,000 tourists per day who pay 50 Yuan (about 8 Dollars) to visit it and by the sporadic events which have taken place there - like the curtain raiser to the Italian football season “Supercoppa” in 2009 and 2011 and the recent China cup match between Manchester City and Arsenal. Other Olympic stadia like Sydney's Stadium Australia designed by Populous have been exploited more. This stadium, now called the ANZ stadium, after its new sponsors, is the home of two Rugby League teams and Two Australian Rules Footbal teams, as well as hosting the Rugby Union World Cup in 2003 (England's last big sporting triumph!) and various other sports like Association football and cricket. The fate of this year's London 2012 Olympic Stadium, also designed by Populous, has yet to be decided, but it looks like it will become home to London football team West Ham United (and maybe Leyton Orient – the club whose current ground is nearest the Olympic stadium) while retaining the athletics track, as it will host the IAAF World Athletics championships in 2017.

For “Higher” we have selected Im Dong-hyun from the Republic of Korea (South Korea – make sure you get the right flag!) for the highest number of points with 72 arrows – 696 helping his team to the Gold Medal. This event gives us the opportunity to talk about one of the most unusual locations for an event at these Olympics – the Home of cricket and of one of the most exclusive cricket clubs in the world, the MCC, which only opened its doors to women (apart from the Queen of course!) in 1988. Obviously the wicket (that hallowed strip of the pitch 22 yards long and 10 ft wide where the batting takes place) or more accurately the “square” (the rectangular! central part of the pitch containing several “wickets” - that slightly greener looking part of the pitch just in front of the targets) will not be trampled on by the archers or officials because when the competitions finish – on August 3rd – the groundsmen only have 13 days to get it ready for the 3rd (and maybe decisive) test match against South Africa. 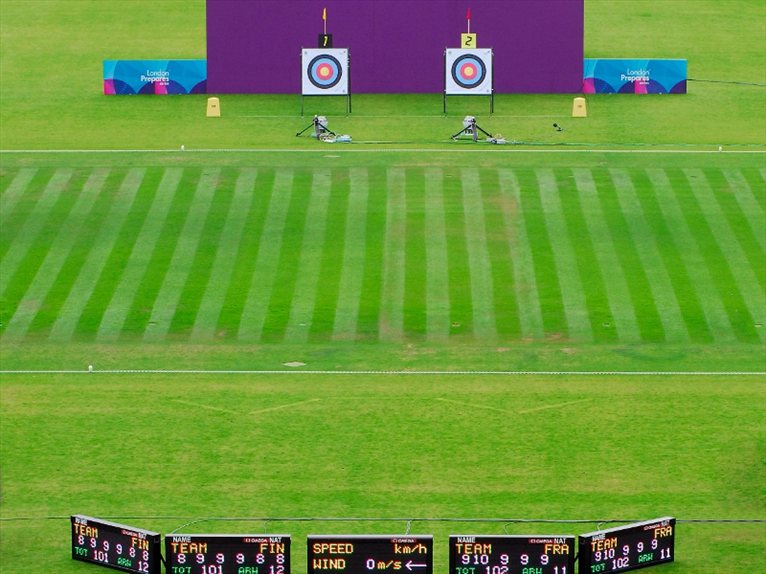 For “Stronger”, we have chosen weightlifting, despite my (patriotic) inkling to propose Bradley Wiggins (the most famous sideburns since Elvis Presley) – Britain's cyclist who has gone from strength to strength – after the Tour de France – Gold in the time trial as well – and now Britain's most decorated Olympian.

In the weightlifting another Chinese athlete Lu Xiaojun lifted a new record total of 379 kg (175 kg snatch and 204 kg clean and jerk) – no doping accusations here yet? - The Weightlifting event like those of Boxing, Wrestling, Judo, Tae Kwon Do, Table Tennis and Fencing (one of my Italian friends' favourites) are taking place to the backdrop of another of the Olympic venues outside the village: ExCeL the second largest Olympic venue (after the Olympic stadium). This multi-purpose exhibition, conference and events centre, whose second phase of development was carried out by Grimshaw-Architects, was built in 2000 by Sir Robert McAlpine. Grimshaw added 34,000 m2 of floor space including a new banqueting facility and the new Grand entrance worthy of the Olympic Games.