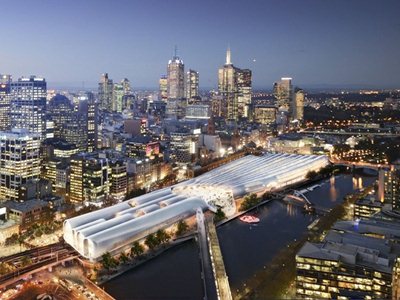 Flinders Loop takes its inspiration from the existing Flinders Street Station itself. This building is firmly established as both a connection to the city’s Victorian past & as a much loved cultural icon. The idioms of “I’ll meet you under the clocks” & “I’ll meet you on the steps” have been used by generations of Melbournians as a means to gather & connect with each other. Our purpose is to make Flinders Street Station transcend its place as a Melbournian landmark & become a global symbol of...