The Absolute Towers - Marilyn Monroe Penthouses, two residential towers in Mississauga, Canada has been judged the best new high-rise building in the America’s by the Council on Tall Buildings and Urban Habitat (CTBUH).

As the first building by MAD architects to be completed in North America, the 56 and 50 storey twin towers form an organic punctuation in the landscape between the concrete boxed high-rises of downtown of Toronto and the surrounding low-density suburbs. Fondly dubbed the Marilyn Monroe towers by local residents, the Absolute Towers parallel the twisting fluidity of natural lines found in nature.

MAD’s design was the favourite by jury and general public during an international competition in 2006, and won continuous support from local municipality during the whole process. The tower gives each resident a unique experiencewith continuous balconies that widens viewing angles and promotes a community on a personal level. Alongside the needs for the residents, MAD hopes the towers will add a sense of belonging in the growing city of Mississauga. Full completion of the towers is expected at the end of this summer.

The CTBUH awards recognise excellence in the design and construction of tall buildings. Four regional awards are granted each year, and the overall winner will be announced at a ceremony in Chicago in October. 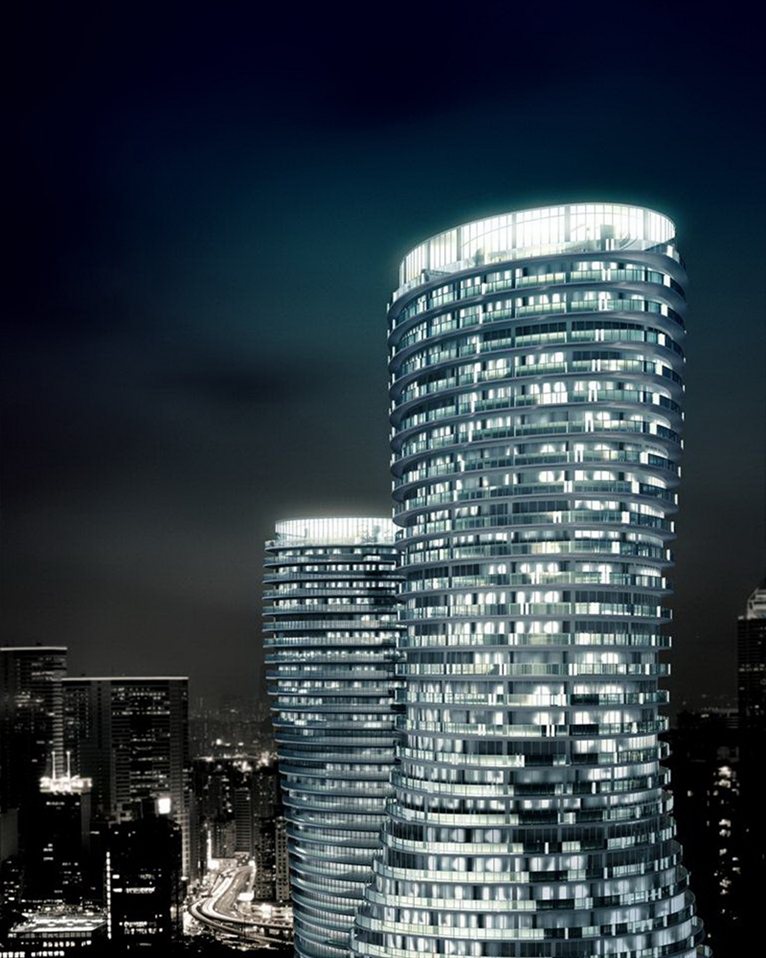