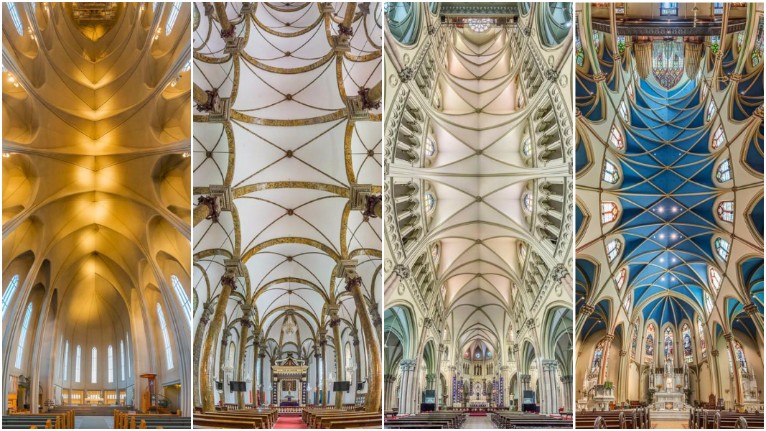 Stroll inside any relatively noted church and you’ll soon come to the conclusion that religious devotion is the most powerful form of architectural and artistic inspiration. How else could you explain the breathtaking detail found in every crevice of many of the world’s churches? In fact, the task of fully admiring them may seem daunting, as it could take hours to take in everything there is to see.

This dilemma was likely the inspiration behind the work of photographer Richard Silver, whose project “Vertical Churches” captures every detail in one shot. These panoramic photographs allow the viewer to ogle over picturesque ceilings, intricate stained-glass windows, towering beams, and meticulously-carved pews without ever leaving the comfort of their home. We now invite you to do the same. Check out some of our favorites in some of the world's most inviting cities!

Basilica of St Marys of the Angels, Rome, Italy

All Images are Copyright of Richard Silver