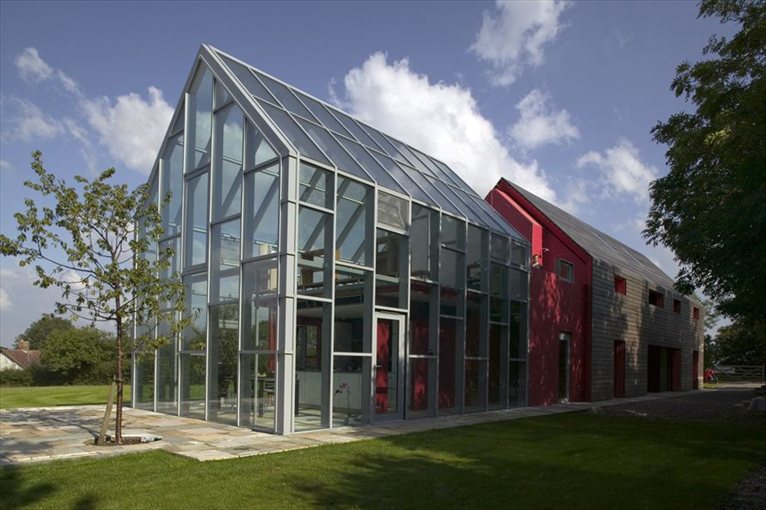 The Sliding House project, designed by dRMM Architects in the Suffolk countryside in the UK comes from a concept inspired by flexibility, as an integral part of the residential building system. A building with an apparently traditional appearance, inspired by a wooden English farm building with a sloping roof, has been designed to become a highly technological and versatile residence.

The shell of the Sliding House becomes the absolute protagonist of the compositional layout thanks to the possibility of continually changing position by using a normal remote control mechanism.

The residence is made up of three separate volumes, made of different materials, varying from natural or tinted wood, to red PVC and glass on which a larch shell weighing 20 tons slides, modifying the configuration of the house, along with the illumination and perception of the internal spaces.

The external layout of the house can be changed according to the residents' needs, to the time of day and to the changing climatic conditions by sliding the shell for an overall length of 28 metres.

In the summer, the glazed body becomes a sort of greenhouse, which keeps the temperature constant by also using the shade of the wooden shell, while in winter a photovoltaic system allows the house to be heated with minimum impact on the environment.

The great versatility of the shell guarantees the liberty of obtaining open space like that which is generated between the main residence and the guest house or like that between the terrace/bathroom at roof level.