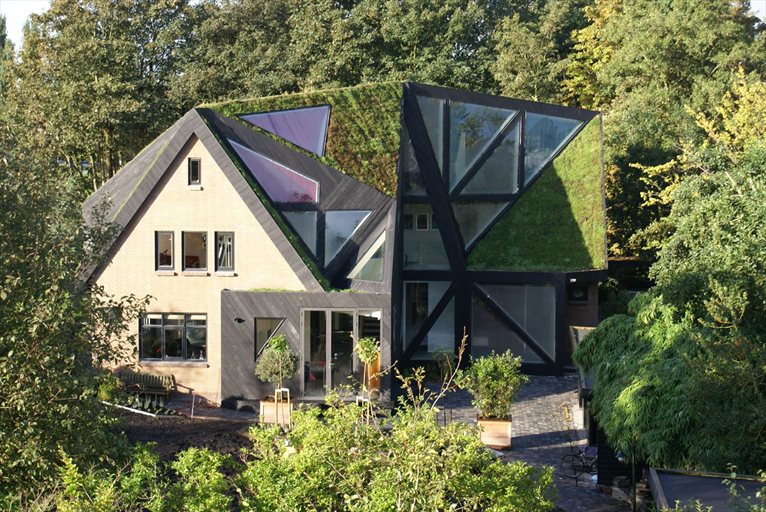 The Villa Rotterdam 2 project is an unusual intervention carried out by architectural office OOZE Architects, with the desire to bring to light ‘the soul’ of a house that has been subject to expansions carried out in several stages. The transformation carried out by studio Ooze takes its cue from the kitchen design and then became a complex renewal of the villa.

The operation was that of using maximum building envelope, from the basement to the roof according to a 'connection of points', as explains Eva Pfannes, one of the two founders of the architectural practice.

The villa is made up of two perpendicular volumes with a double pitched roof and a series of elongations and extensions to the main buildings: a new skin has been created which encloses the original parts and the new spaces.

The layout has been completely reorganised around a central core, which has made it possible to transform what was once a dark and cramped staircase into a bright space for social interaction, creating a new staircase against the north wall, to serve the two upper floors.

The new skin joins the top of the roof by means of using a prefabricated wooden structure divided into different triangular forms: the result of the exterior area references traditional Dutch farms, by means of alternating green surfaces with wooden beams painted black with a standard length of 15 cm.

The project can be seen as reaching a future sustainable vision in strict contact with the environment by rediscovering the past and returning to the origins.