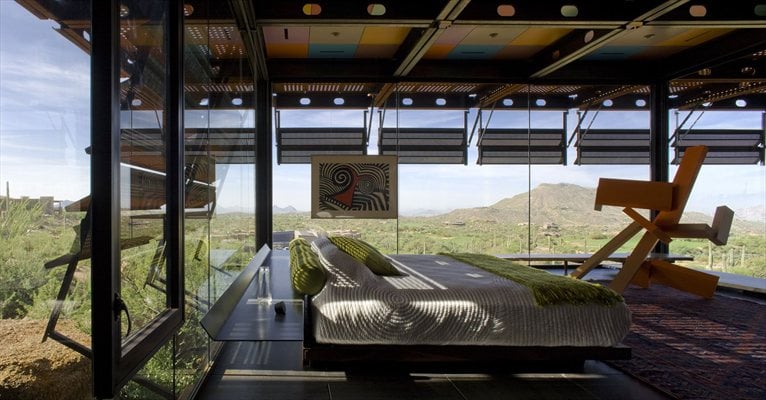 The project for the Relic Rock House in Scottsdale in Arizona, was devised as a living prototype with a simple and flexible structure to be used in different climatic and territorial contexts. The architecture appears to sit lightly on the ground and its cantilevered floors minimise the impact on the landscape. The imperceptible separation between inside and outside contributes to approaching and joining the built environment with the natural one.

The intervention, by the architects DCHGlobal Inc., won the AIA Housing Award 2012 in the category One-and Two-Family Custom Residences, in its capacity as an example of residential architectural excellence.

The winning projects in the same category also include Hampden Lane House by Robert M. Gurney and XTEN Architecture's Nakahouse.

The prefabricated structure used for Relic Rock is made up of a three dimensional grid which repeats a sequence of standard modular units both horizontally and vertically.

The floor and roof of the residence have been created by using new preformed metal sheets bolted together in a square modular unit.

The Relic Rock project has been classified within the highest of energy certification according to the City of Scottsdale Green Building programme.