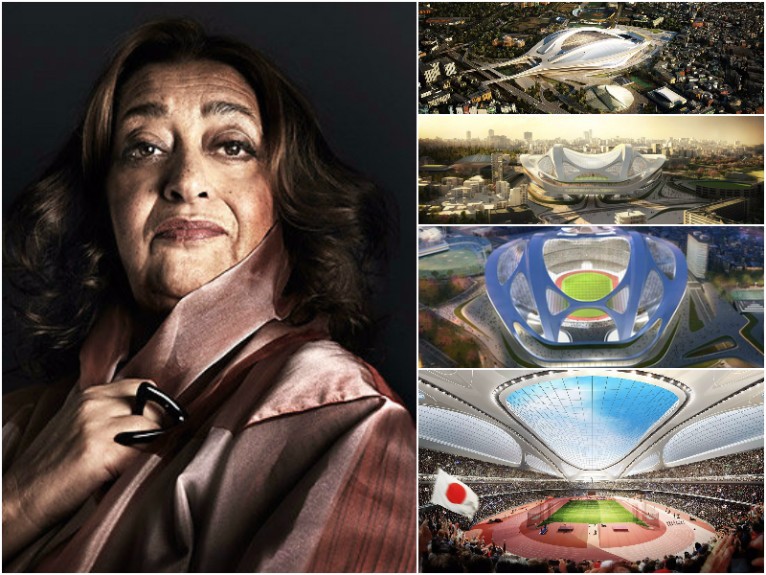 Zaha Hadid’s architectural firm got burned a few days ago when they learned that their much-talked-about design for the New National Stadium Japan was axed by the Japan Sport Council. The client cited budget overruns as the reason for the cancellation of contract for the stadium which is planned to host the Tokyo 2020 Olympic Games. Not one to take a very public snub lying down, Zaha had a public statement issued on the Zaha Hadid Architects website, in which she explains the true reasons for the budget overruns, expresses the less than professional behavior of the JSC, and affirms ZHA’s capacity to complete the project on time and on budget. 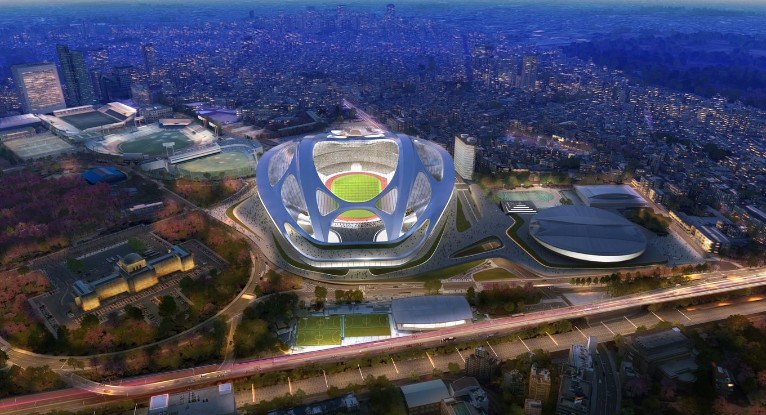 According to the statement, the main reason for the stadium mishap was the two-stage tender processed used by the JSC to employ contractors for the job. That means the JSC selected a contracting company without first asking them to submit their cost estimates, a move that was heavily opposed by Hadid’s team given the fact that “against a backdrop of rocketing annual increases in the cost of building in Tokyo, and in the absence of any international competition, the early selection of a limited number of construction contractors would not lead to a commercially competitive process.” 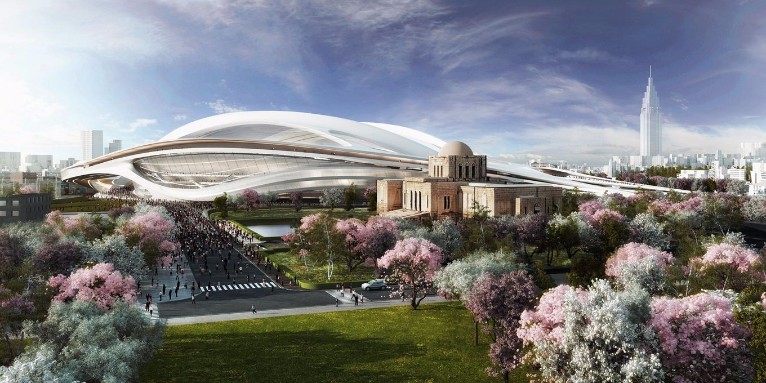 The JSC went along with the process anyway and even forbade ZHA from working together with the construction contractors to ensure the design would be executed according to budget. This resulted in the “overly high estimate of the cost of construction”, notwithstanding the cost-saving changes to the design that were subsequently implemented. 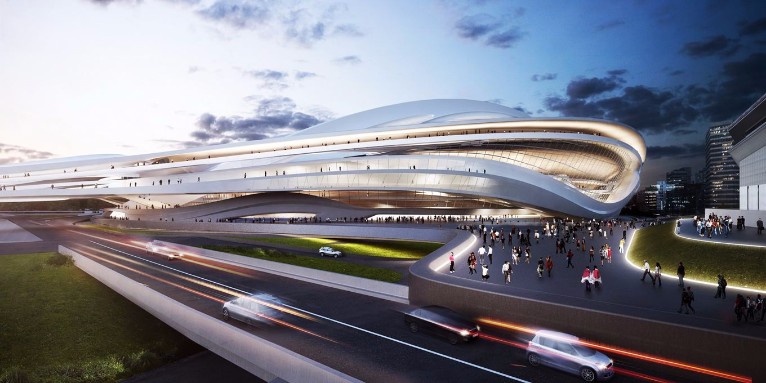 The statement goes on to state that “On July 7th a JSC report to the stadium advisory committee, using figures provided by the appointed construction contractors, incorrectly claimed that the design was responsible for most of the increase in budget…Commentary of the report focused on the steel arches within the design. These arches are not complex and use standard bridge building technology to support the lightweight and strong polymer membrane roof to cover all spectator seats, in addition to supporting the high-specification lighting and services that will enable the stadium to host many international competitions and events in the future.” 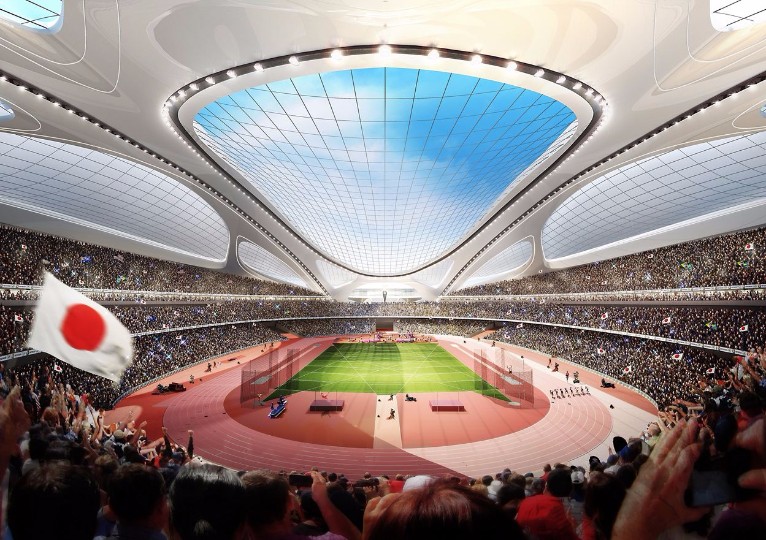 Finally, Zaha’s team warns that the “starting from scratch” approach will result in further delays and a sub-par stadium that, given the ever-rising building costs, will not have the structural durability or visual appeal necessary for it to be the host of the countless international events it was originally envisioned for. 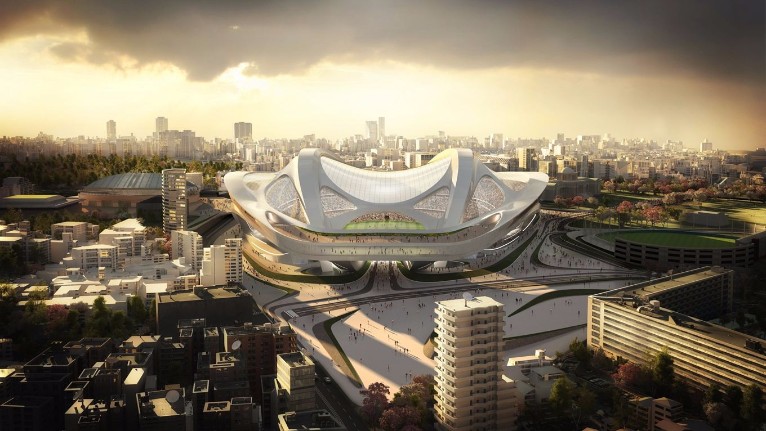 The statement concludes by affirming ZHA’s willingness to continue to work on the project for the sake of the investment already made. “We have written to the Prime Minister to offer our services to support his review of the project with the current design team. ZHA has also outlined how making use of the significant investment in detailed design work already carried out offers the most cost-effective solution to create the best new National Stadium for the people of Japan for the next 50-100 years.”

A classy exit for Hadid from this drama-ridden Tokyo Stadium ordeal? 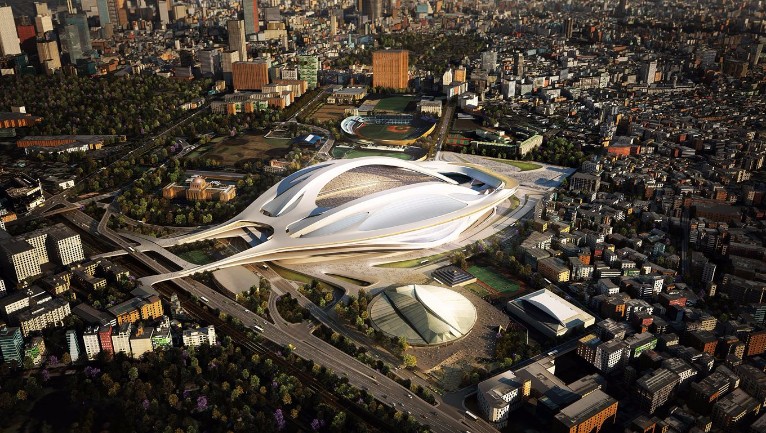 We think so. Well played, Zaha.