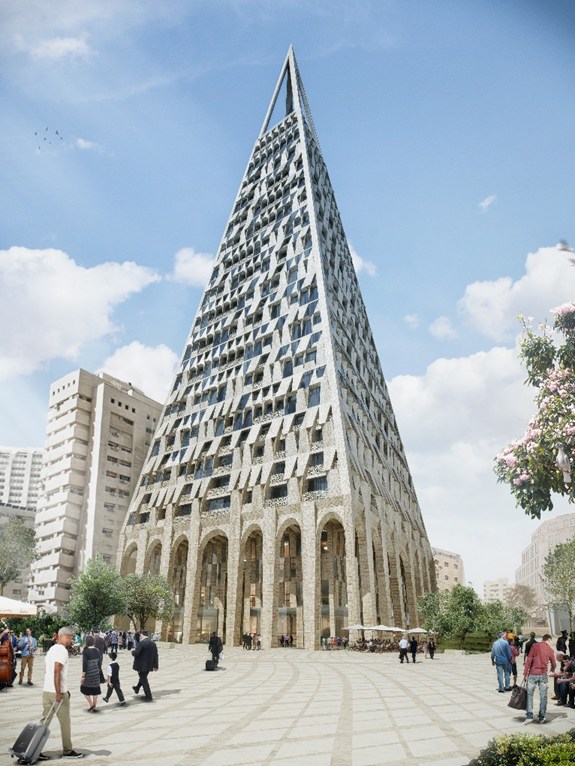 Studio Daniel Libeskind has just gotten the okay from the Jerusalem municipality  to proceed with its plans for a 105 meter Pyramid Tower. The design is the result of a collaboration with Yigal Levi, a local Israeli architect. The 26-story structure will be located next to the Mahane Yehuda Market, also known as the “Shuk” market. 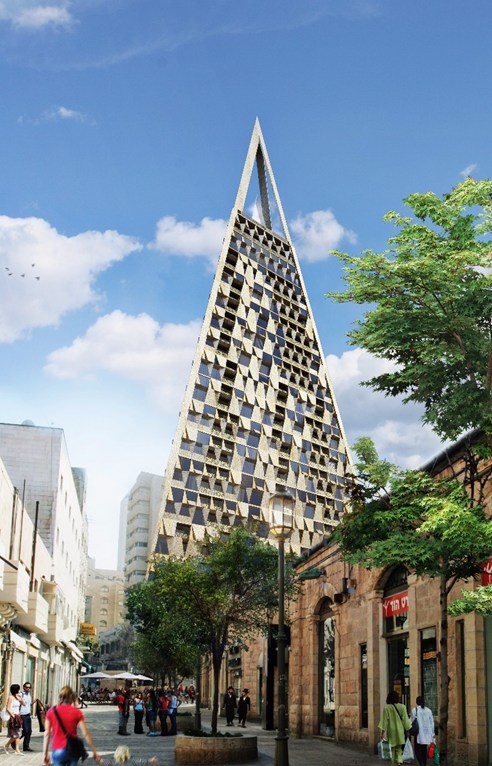 The building’s facade will feature patterns which nod to the Jewish religion and heritage, with Stars of David etched in the stone and glass facade. It will house luxury apartments, a boutique hotel, a rooftop restaurant and observatory, and commercial space. Its arched colonnade will connect the ground-floor shopping plaza to the open space which encircles it. 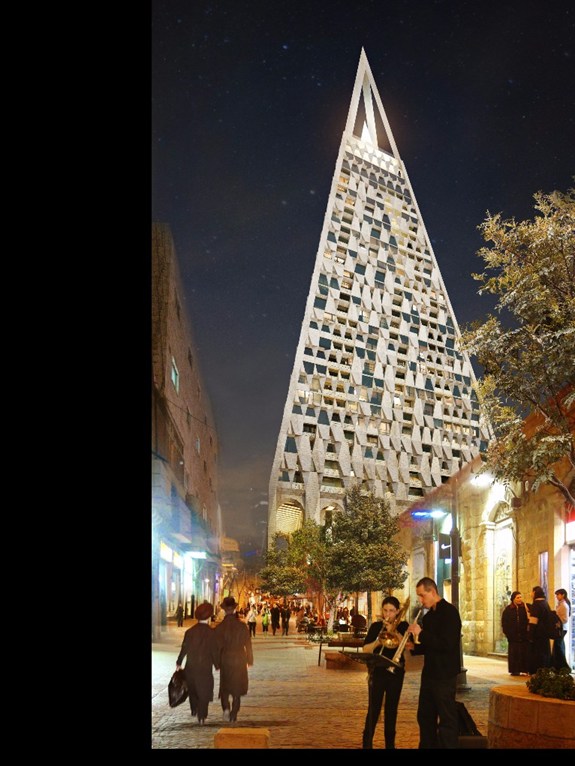 The Libeskind-Levi designed tower is one of the first to receive approval after the municipality imposed laws limiting the height of new structures to preserve its age-old architectural landscape.

Construction of the tower will likely begin in 2019.