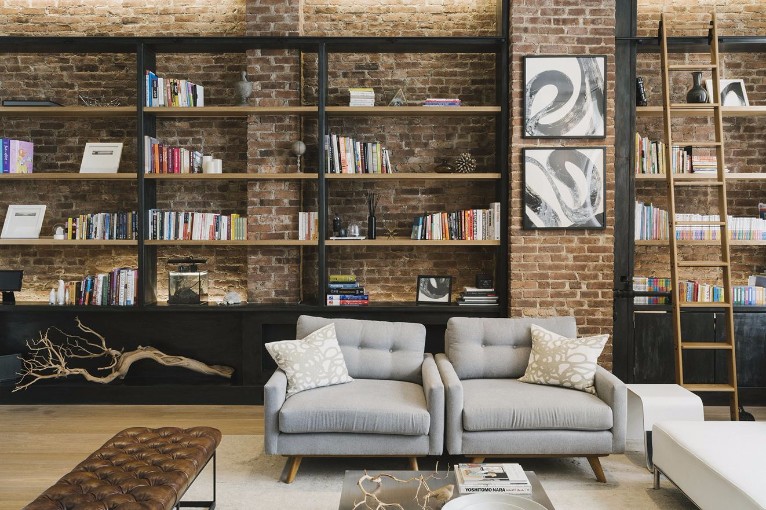 The humble brick. It was the building material of choice for the ancient Egyptians, Greeks, and Romans. And for good reason, too! Brick buildings exude fortitude, precision, and durability. And yet, somewhere along the way, the homeliness of the brick was won over by materials like shiny glass, stoic concrete, and modern metal. Fortunately, with the rise of popularity of architecture in certain areas of Brooklyn, and given its proven practicality, brick has been making a comeback, showing up in interiors and facades around the country. If Brick hasn’t won you over just yet, feast your eyes on these 7 projects and tell us if you’re not just dying to hammer away your sheetrock walls at the end of it. 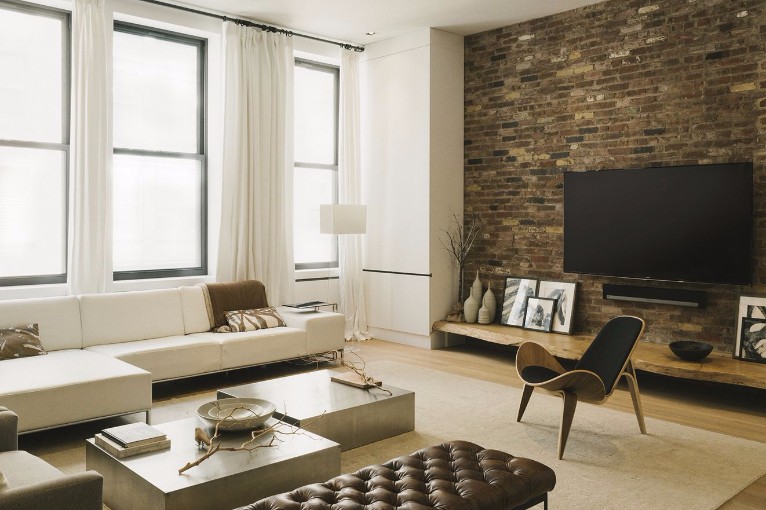 The brick walls featured in RAAD STUDIO’s Greenwich Village Apartment is the perfect backdrop to the neutral tones of the apartment. It adds texture and depth to the space, and allows the subtle furnishings to really pop. 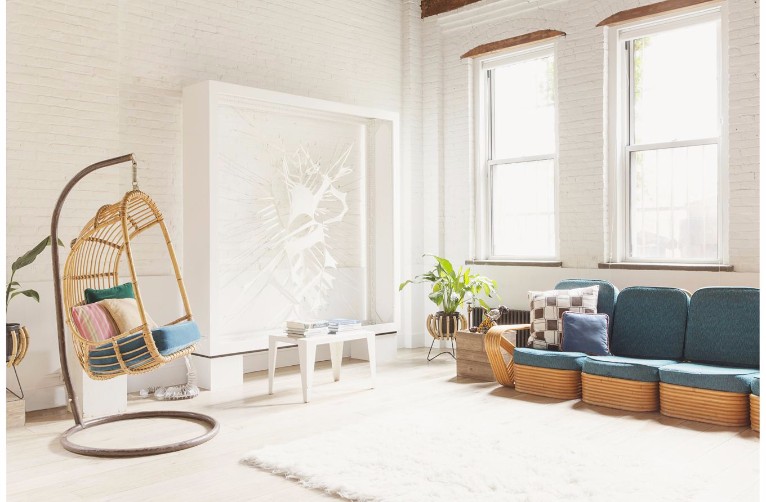 The only thing better than a brick interior is a white-washed brick interior. And the one in this Williamsburg Loft is the perfect example of the light, airy feel it achieves for any interior space. Plus, the white backdrop makes it the perfect canvas for bolder furniture! 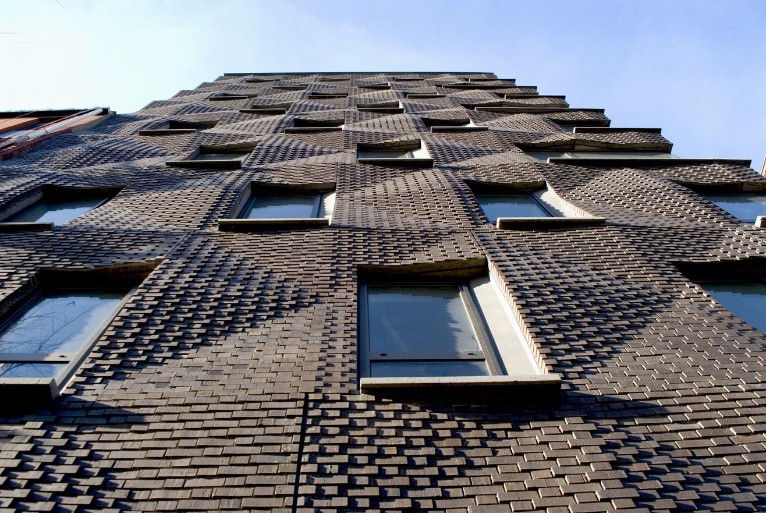 The façade of MULBERRY HOUSE laughs in the face of anyone who says brick exteriors are limiting. Seriously! Just look at the movement achieved by the brickwork! The building appears to be undulating, and is a true “contemporary reinterpretation of the brickwork art form as a design objective”. 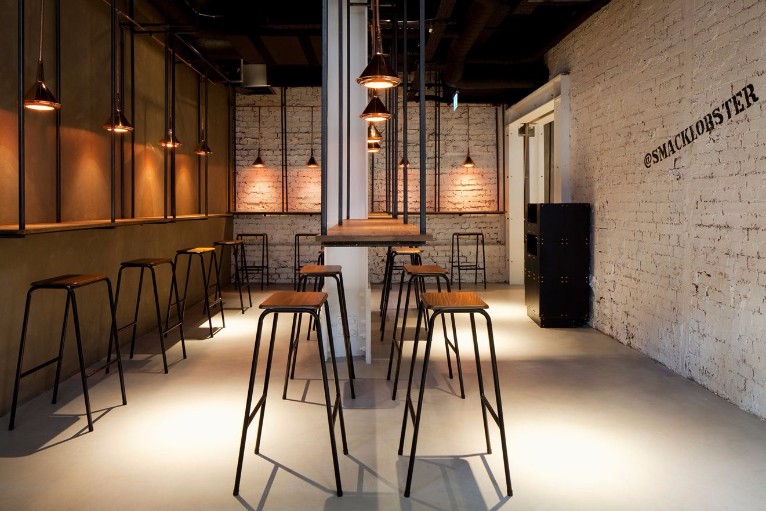 As if we needed any more convincing to stop at a Lobster Roll deli. designLSM was able to achieve a cool, industrial feel by using white-washed brick for an interior that’s both simple and original. 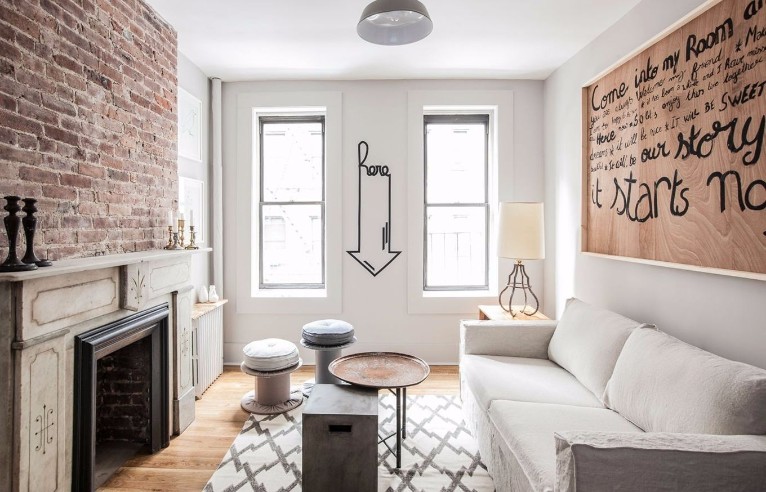 Urban Take on Mellow Monochrome byThe New Design Project merges edginess and simplicity. The brick wall above the fireplace enhances the modern feel of the apartment. 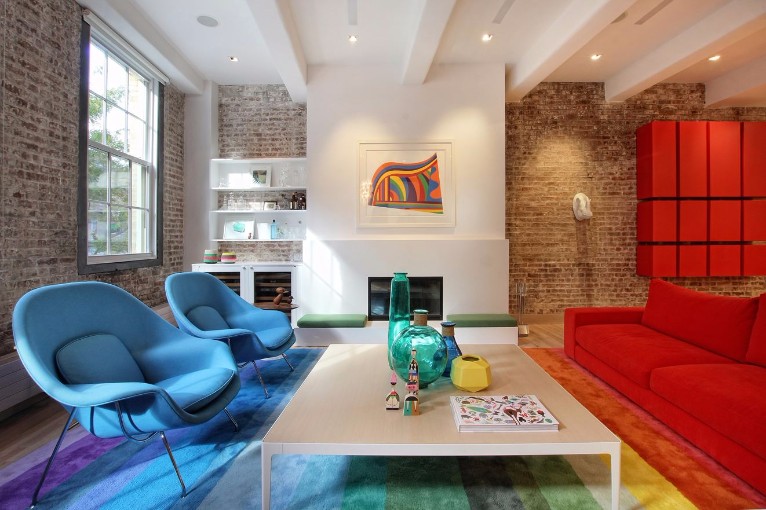 This one is for anyone who has ever thought brick walls limit your ability to use color. Rather than clashing with the rainbow-hued décor, the brick walls blend in seamlessly and help highlight the furniture with the help of the white, beamed ceiling.