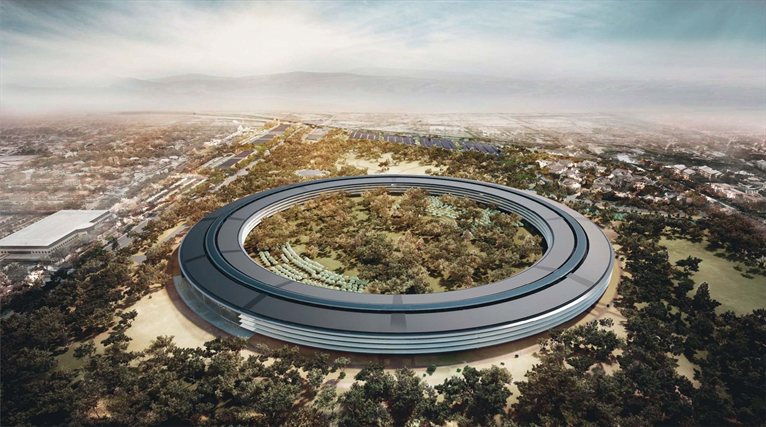 The Apple Campus 2 project, designed by Sir Norman Fosterand presented less than a year ago by Steve Jobs in person to the city council of Cupertino (Here is the video), represents an exception in the history of Apple.

On that occasion Steve Jobs, in his last official act as CEO, had been forced to unveil the project to the public, breaching the rigid secrecy that has always accompanied every Apple innovation. It was necessary in order for the council to assess the project and to set up a public meeting with the Californian city's inhabitants who had been called upon to submit their questions on the project.

This fortunate exception and above all the good practices used in the Californian city gave us the opportunity of previewing this project at a very early stage by “stealing” the information available to all the citizens from the official page of the city council.

The Campus 2, as it is called at the moment, will not replace the long established "Infinite Loop", the current Apple headquarters. Indeed, when finished, it will add a research centre for the 13,000 employees, 3,000 more than its elder brother. An area of 300,000 square metres will be left, in view of future expansions.

The campus will not be open to the public, as had initially been mooted, so there will be no “Apple world” with museum of the "bitten apple" or, what many had hoped, a discount outlet! The new auditorium, located on the southernmost tip of the new campus, will be the only area accessible to the public, but during new product launches and company events alone.