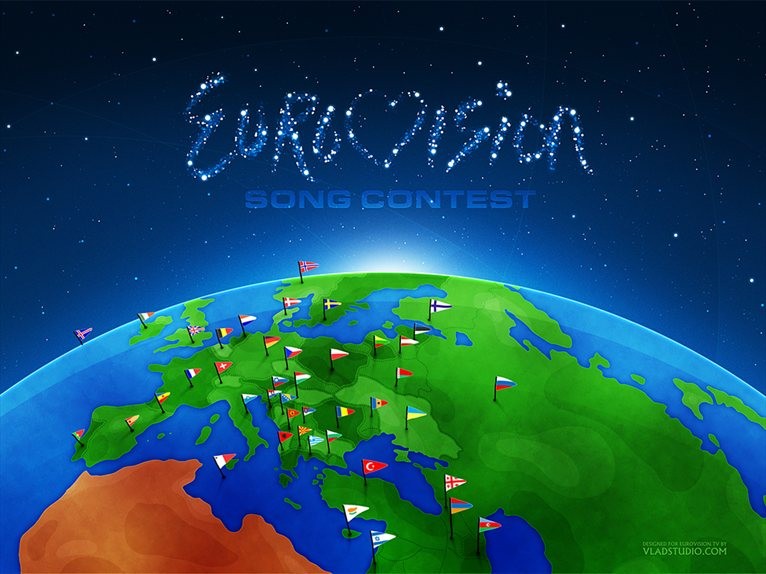 In just over eight months, thanks to the concerted efforts of Architects gmp Architekten, construction company Alpine Bau and event constructors Nüssli, the Crystal Hall Sports Concert Complex in Baku, Azerbaijan has been completed and is ready to host this weekend's semi-finals and finals of the Eurovision Song Contest.

The contest, one of the longest running music competitions in Europe, began in 1956 when Europe, ravaged in the wake two World Wars, sought other means of letting out national pride and channelling it into friendship and understanding of others. It was, therefore, quite appropriate that the EBU (European Broadcasting Union) had its headquarters in Switzerland, which had been neutral during the wars and whose official languages were spoken by almost all the initial members of the EEC. Language, indeed, plays a fundamental role in the Eurovision song contest as originally each country could sing in any language, then it was changed so that all countries had to use their own national language, this rule was then withdrawn because the UK was considered to have an unfair advantage and it has since been withdrawn, reinstated and withdrawn again and now the songs can be sung in any language again.

The contest has been criticised for its Middle-of-the-road/bubblegum pop style of music, but as this project tells us, its importance cannot be underestimated, it still has the power to make a country want to change its look and send a message to the world.

Azerbaijan participated in the contest for the first time in 2008 and last year won the competition with the song “running scared”. According to the rules, this means that they won the right to host the competition this year. The country, which obtained independence from the Soviet Union in 1991, has been governed by the Aliyev family since 1993, when the current president's father Heydar Aliev overthrew the democratically elected president in a bloodless coup. This small country on the boarder between eastern Europe and Western Asia has vast oil and gas reserves and in the last 20 or so years, since independence, its GDP has increased enormously and it has one of the fastest growing economies in the world.

The country is banking a lot on the Eurovision Song Contest (estimates about how much has been spent range from the official budget of $64 million to the more realistic figure of four times that!) as it provides an opportunity for the government to dispel those voices which have it as a “corrupt, repressive and autocratic leadership”.

In addition to the crystal sports hall, the country is now also planning several other ambitious initiatives including a bid for the 2020 Olympic Games (the same one Italy had to pull out of because of its financial problems) and a new tower, tentatively called the “Azerbaijan Tower”, which, standing 189 floors high, will be 200 metres higher than the world's current tallest building, the Burj Khalifa Tower in Dubai designed by Skidmore Owings & Merrill LLP, and the Baku Flame Towers designed by HOK International Limited which have now become a prominent feature of the city's skyline.