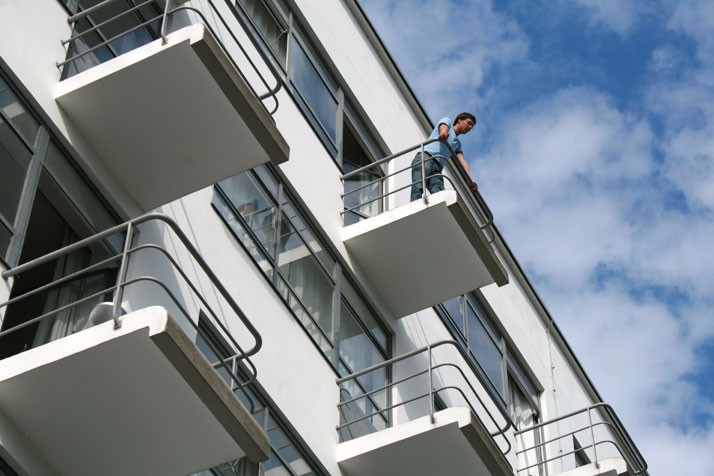 Bauhaus: one of the greatest insitution in modern design. If you want to sleep like a Bauhaus Master, now you can do it! 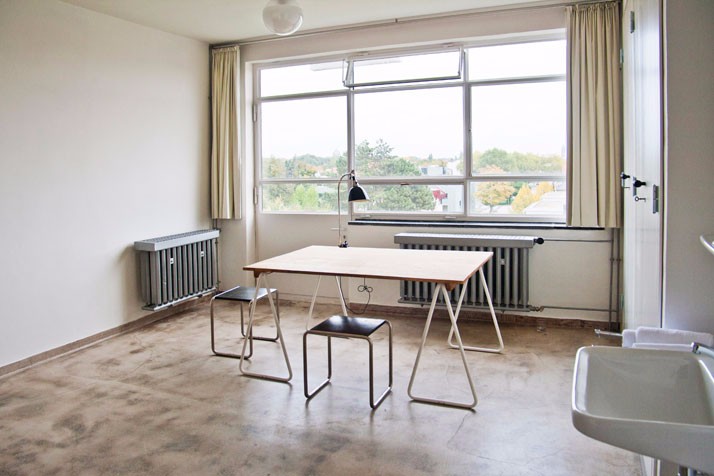 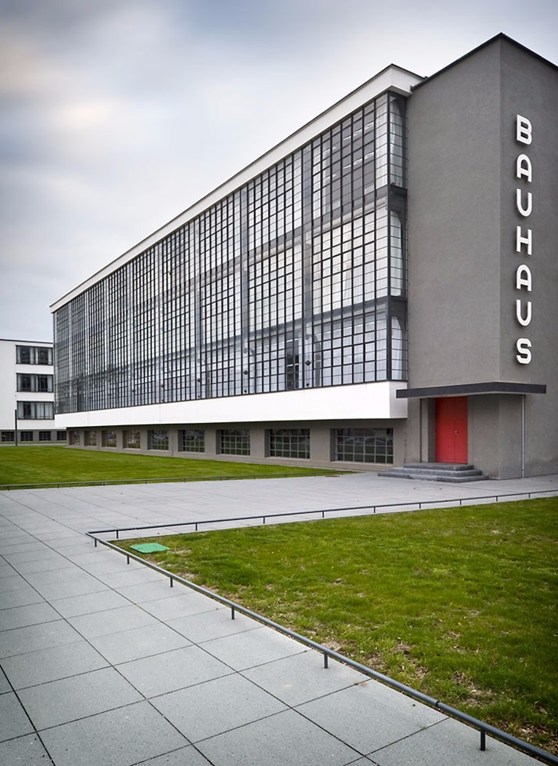 The studio flats are let to visitors. Since October 2013, staying at one of the 1920s-style Bauhaus dorm rooms is even more of an experience: One room was accurately reconstructed with original objects and furniture. The rest of the rooms will be personalized to reflect a former habitant, beginning with Alfred Arndt, the couple Albers and Franz Ehrlich. 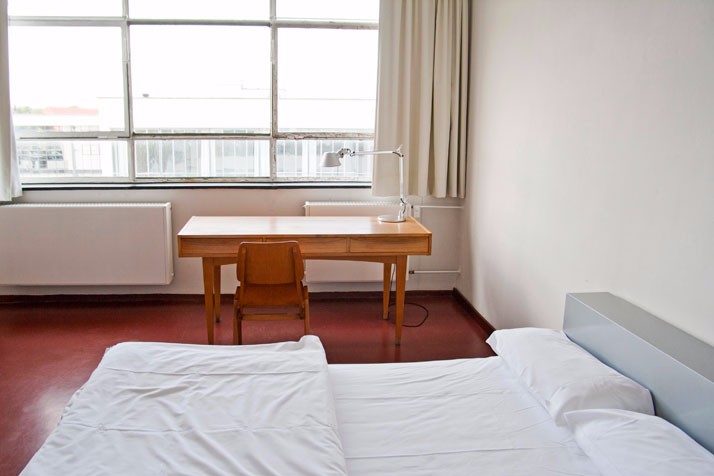 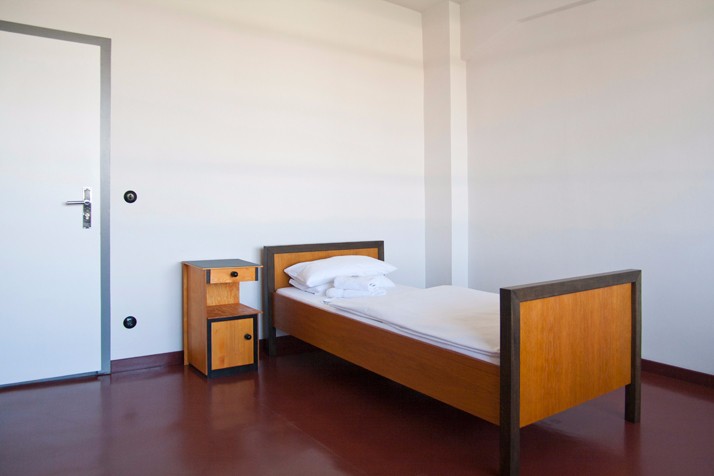 The Studio Building was completed in 1926. It is also called "Prellerhaus", referring to the Studio Building at Bauhaus Weimar, which was named after Friedrich Preller. Back then, the 28 studio flats with about 24 squaremeters were let to junior masters and promising students. Inhabitants were Josef Albers, Erich Consemüller, Herbert Bayer, Franz Ehrlich, Walter Peterhans, Hannes Meyer, Joost Schmidt or Marcel Breuer. Not to mention the female residents form the first, so-called "ladies floor": Gertrud Arndt, Marianne Brandt, Gunta Stölzl or Anni Albers. 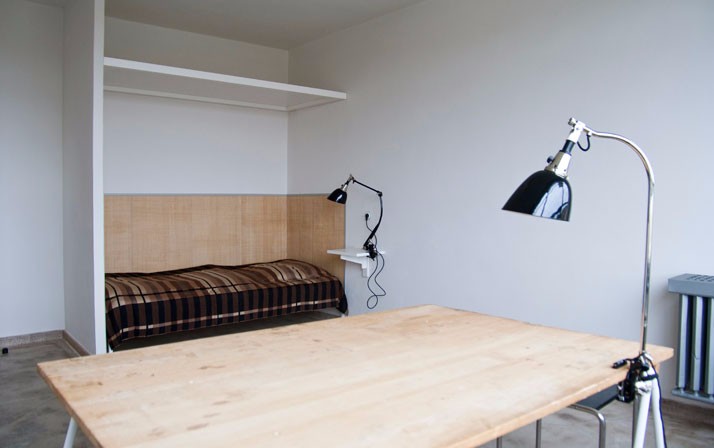 These rooms have now been given a personal touch in the form of furniture
and works of art by the respective members of the Bauhaus. The Prellerhaus,
as the studio building is called, can once again be experienced in its
historical, programmatic function as a collective residence. 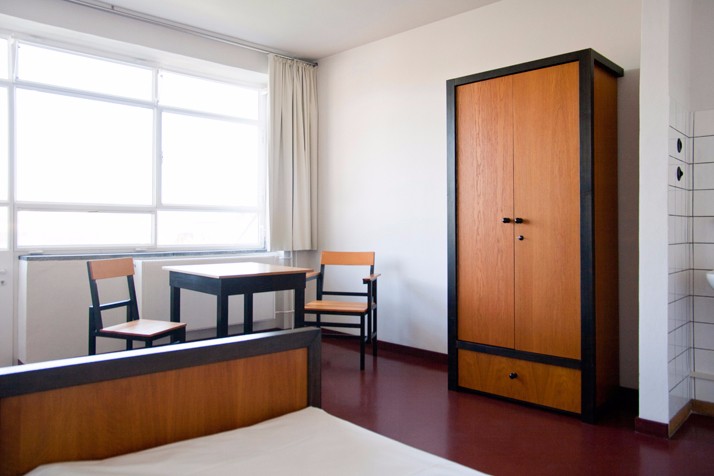 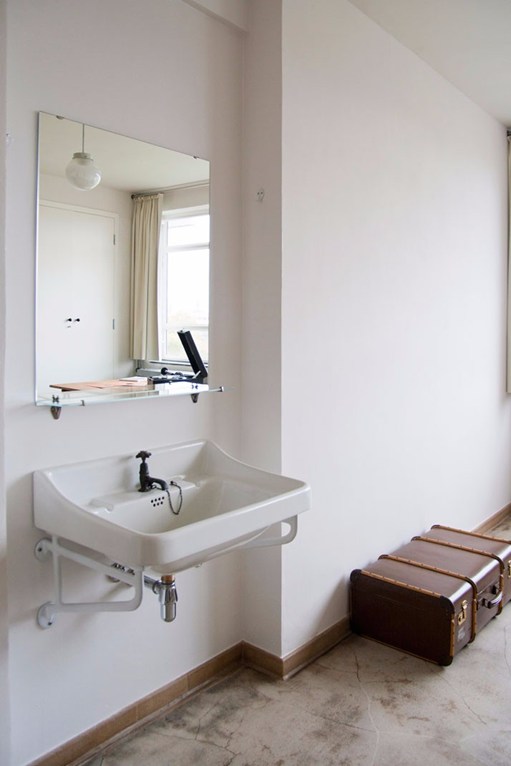 Why not soak up the heady atmosphere of the 1920s and the wild excitement of life as it went on here at the Bauhaus? 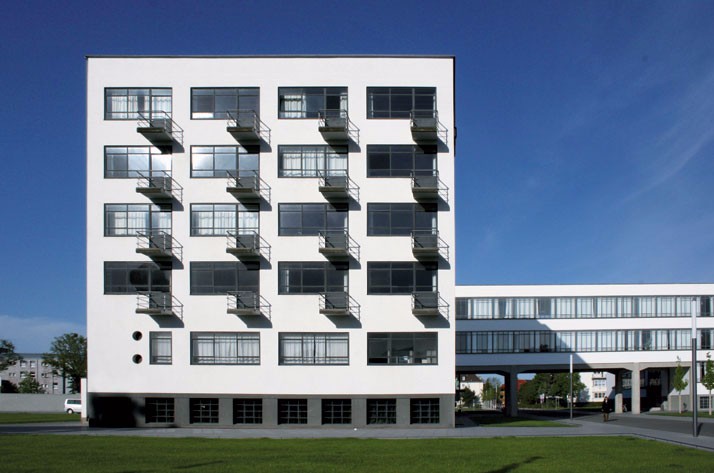