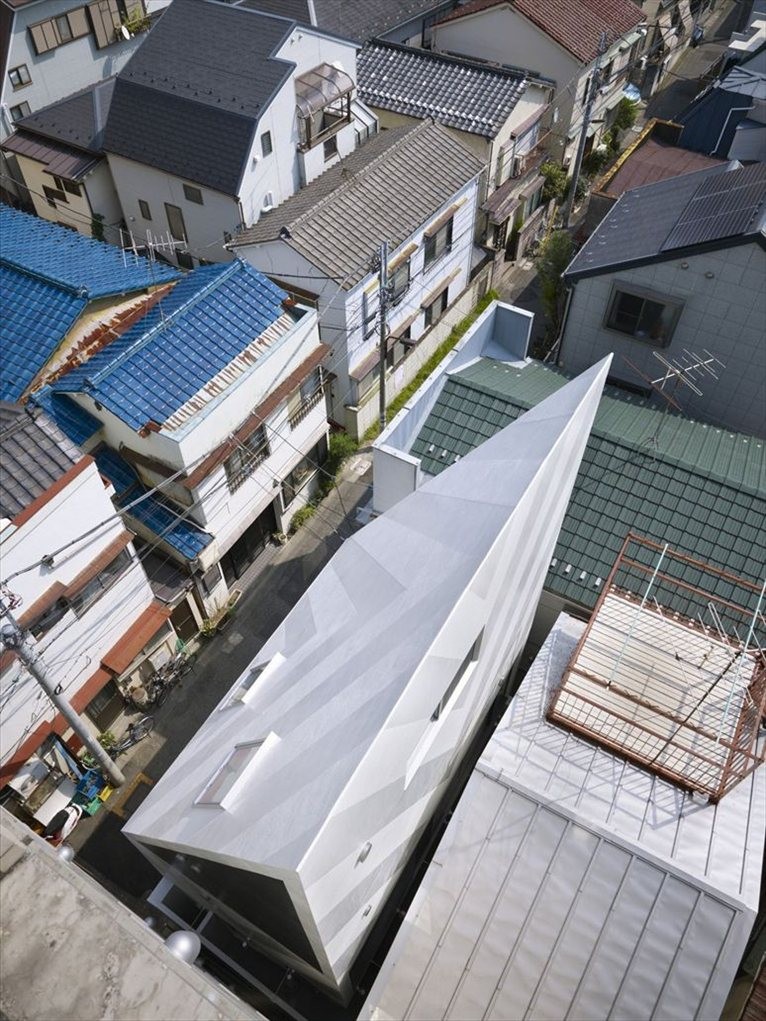 ZYX house is first of all a conceptual exercise, before being the compositional response proposed by the young Japanese architects naf architect & design, as a response to a situation of fragmentation of the family which is becoming increasingly common in Europe too.

The house is located in the centre of Tokyo and consists of three geometrical volumes stacked like building blocks. The main inhabitant is a single woman who used to live in a small apartment owned by her grandmother. The original plan was to design her new home and then came other needs like a space where her family, who live in another part of the country, can sleep when they come to Tokyo and another space for her grandmother whose old house had to be renovated.

With these conditions in mind, it was possible to imagine a triplex house, however the plot was only 40 square metres! The Japanese architects needed to carefully screen the needs of the three different generations and order them into three types of space and stack them to create the house.

The three types of space are open in different directions according to the surrounding environment. The first floor faces a busy street with lots of traffic and there are houses all around, so it is only open vertically. The second floor is open in a south-north direction and the third east-west. This is where it gets its name ZYX, three directions, three axes at right angles.

As the architects themselves say, this is an experiment, a laboratory to study the needs (and try to satisfy them) for a small network called Family.