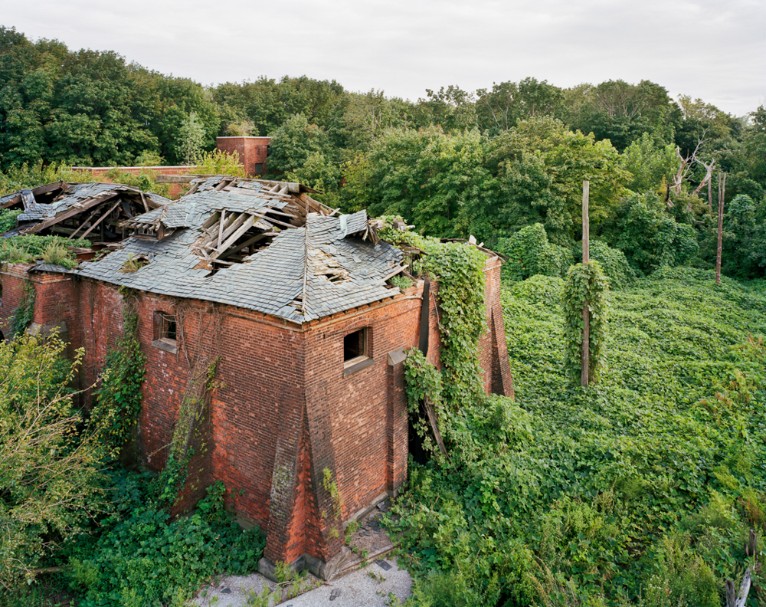 The images you see here may seem like a scene from a post-apocalyptic world. Abandoned buildings usurped by untamed greenery, a demolished church, hollowed-out brick structures with broken windows, personal possessions swallowed by dust...but look closer at the backdrop of some of these photos. That skyline in the background look familiar? Nestled between the Bronx and Riker's Island lies New York City's best-kept secret, an abandoned island with a haunting past, a place so close to the bustling city in proximity, but so far in vivacity.

North Brother Island has seen its fair share of tragedy: it first served as a quarantine hospital, then, a temporary home for WWII veterans, and finally, a juvenile drug treatment center. The island is now closed to the public, but Photographer Chris Payne received special permission to visit and photograph the island, resulting in these incredible images which so strikingly capture the preserved history of this mysterious site. We asked him to tell us more about the island and about his experience photographing North Brother Island. 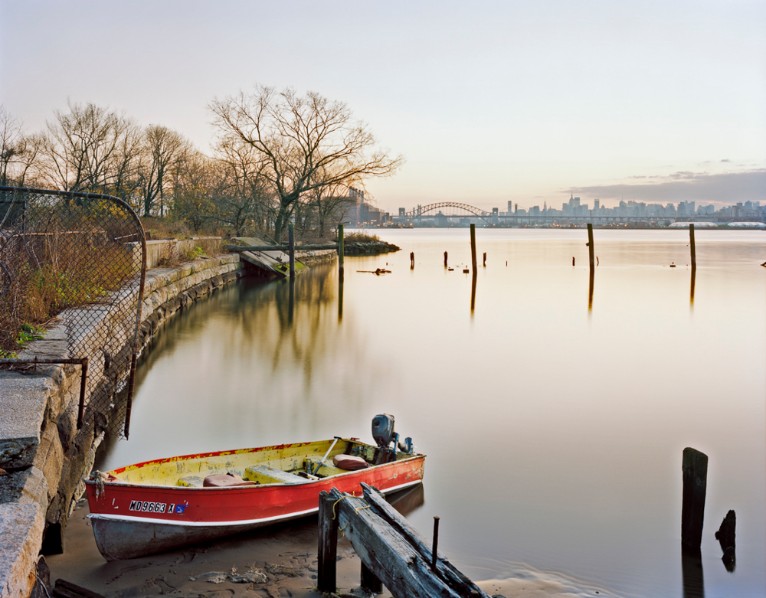 Most people (and some New Yorkers) are not even aware of the existence of North Brother Island. Would you mind giving us a brief history of the island?

At first glance, North Brother Island is the most unexpected of places: an uninhabited island of ruins in New York City, a secret existing in plain sight that hardly anyone knows. Yet it was once an ordinary part of the city, and for over eighty years, from the 1880s until its abandonment in 1963, thousands of people called it “home”.

The navigator Adriaen Block, the Dutchman who explored the Atlantic Coast between 1611 and 1614, named North Brother and its smaller sibling, South Brother, “de Gessellen”, which translates as “the wayfarers” or the “journeymen” or “brethren,” or in the usage that New York City maps retain today, “brothers.”

Little is known about North Brother before the mid 19th century, and it seems to have served no formal use until a lighthouse was erected on the southern end in 1869. In the 1880s it began to get more attention, as public health issues of an exploding population regularly made headlines. Like other islands in the harbor, it was perfectly suited as a buffer against contagions, and from the 1880s through the 1930s it was used primarily as a quarantine hospital (the infamous Typhoid Mary lived and died there). After WWII it provided a temporary home for veterans and their families, and from the 1950s it was used as a juvenile drug treatment center until its closure in 1963. Over the years, new uses have been proposed for the island, but by and large it has been forgotten. Thanks to a threatened species of shorebird, the black-crowned night heron, North Brother has been designated as conservation land, to protect nesting grounds for the herons, which have unwittingly helped to preserve the island’s forgotten fragments of New York’s history. Today the island is overseen and maintained by the New York City Parks Department. 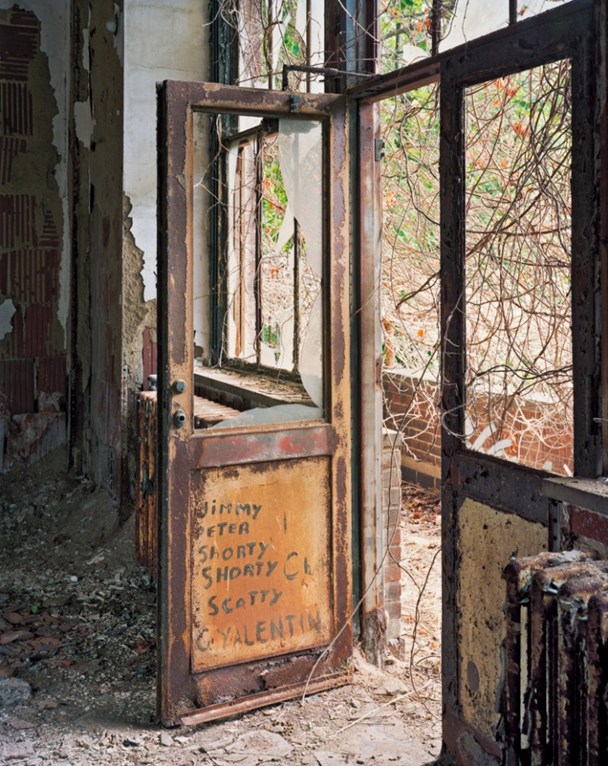 Why the decision to document North Brother’s current state? What attracted you to the site? Wherein lies its appeal?

I first learned about North Brother in 2004, when I was commissioned to photograph industrial sites along the East River by the Metropolitan Waterfront Alliance. The island's use as a quarantine hospital and its ruinous landscape resonated with similar work I was doing at the time on abandoned state mental hospitals. I knew North Brother wouldn’t remain a secret for long, so I sought approval from the New York City Parks Department to do a thorough documentation. In exchange for access, I had to supply the transportation. Luckily, my best friend owns several boats, and he ferried us and Parks employees back and forth. We probably made two-dozen trips between 2008 and 2013. 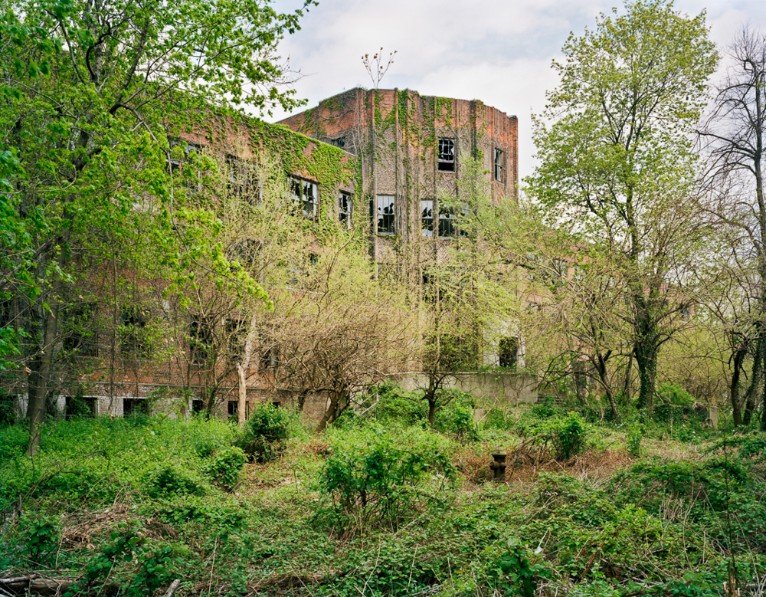 From an architectural standpoint, what’s the most interesting thing about the buildings you photographed?

What interests me most is the unique sense of time and place these buildings evoke as a whole. They were designed for a specific purpose at a particular time, in the late 19th and early 20th centuries, when it was popular to erect public institutions (like schools, asylums, hospitals, universities, and prisons) that would serve as buttresses to counter the perceived ills of disease, urbanization, immigration, and population growth. This kind of civic investment, whatever its motivating cause, was executed on a scale that is unheard of now. Over time, quarantine hospitals like North Brother have become outdated and obsolete, and the need for a self-contained island community, in the middle of New York City, doesn’t exist anymore. 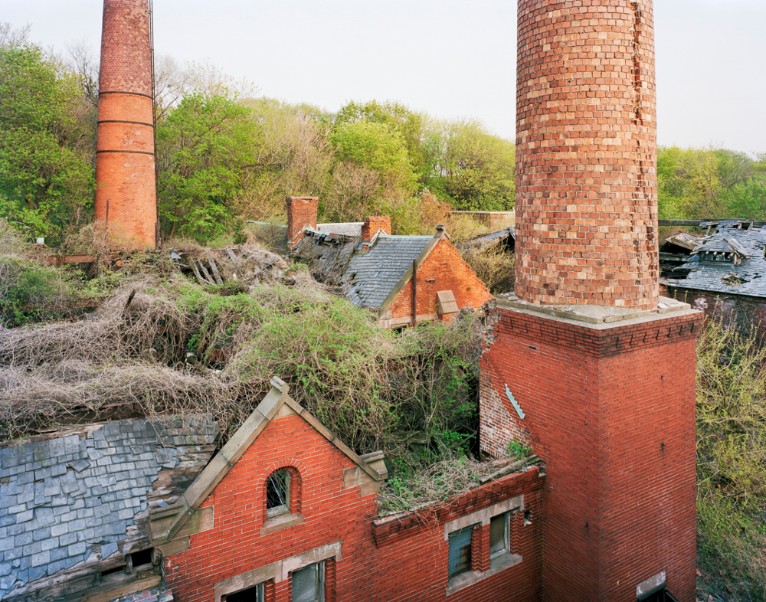 Can you describe each of the major structures we see in your photographs?

Currently, there are a handful of remaining structures on the island, some in better shape than others. Many buildings were demolished in the 1950’s once they were no longer needed, so the island looks a lot different now than it did in its heyday. Were it not for historical photographs, you’d never know these buildings existed because a forest has sprung up in their place.

The most prominent building on the island is the Tuberculosis Pavilion, which was completed in 1943. Ironically, by the time it was finished the threat of tuberculosis had subsided and the building was never used for its intended purpose. After WWII, it served as a dormitory for war veterans going to school on the GI Bill, and later in the 1950’s, it housed juvenile drug addicts. 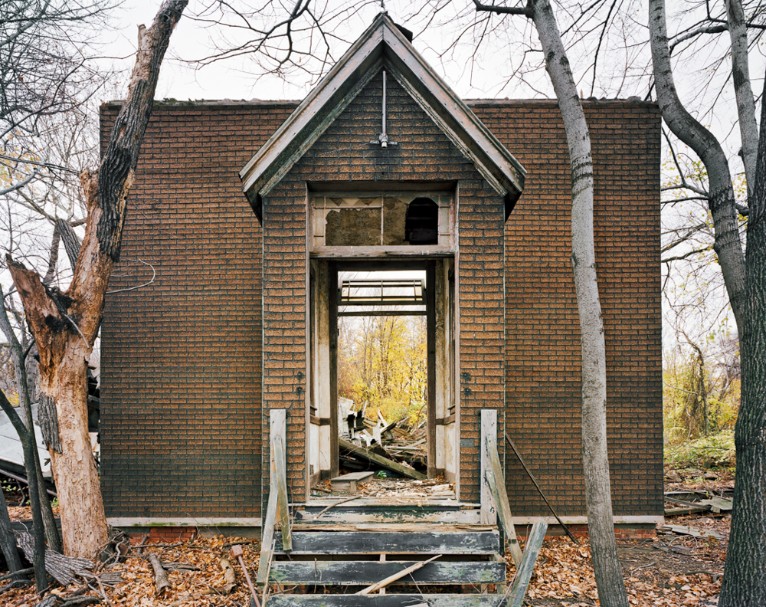 Why is it important to document North Brother Island as it is now, in its abandoned state?

I feel a sense of urgency when I photograph abandoned sites because I know they will not remain intact or forgotten forever. Even while I was taking pictures on North Brother I noticed how much it changed from season to season, and especially, after Hurricane Sandy hit in 2012, when many trees were uprooted. Currently, the Parks Department is working to clear some of the invasive plant species to make the island more hospitable to migrating birds, but I doubt it will ever be returned to the manicured open campus it was originally.

In the future I hope to see the island preserved as a natural sanctuary, with the Tuberculosis Pavilion restored and adaptively reused, and the other structures stabilized as ruins, like the smallpox hospital on Roosevelt Island. Buried sidewalks and roads could be cleared, but not to the extent that it becomes sanitized like a historical theme park. That’s what makes North Brother so wonderful: it’s isolated and wild, and moving along at its own pace, separate from the rest of the city. 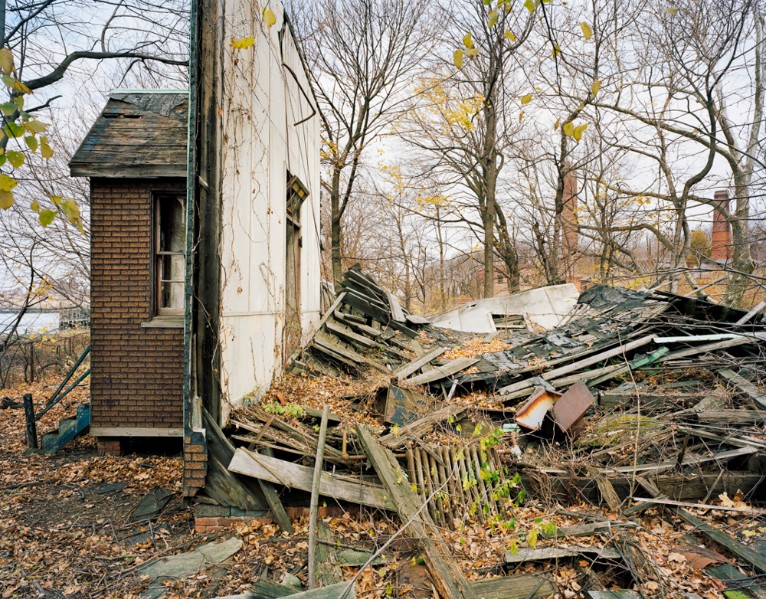 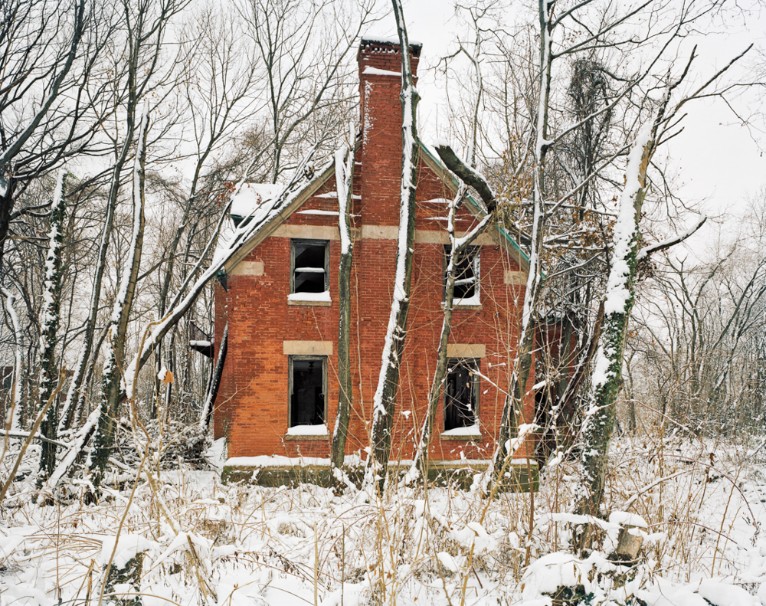 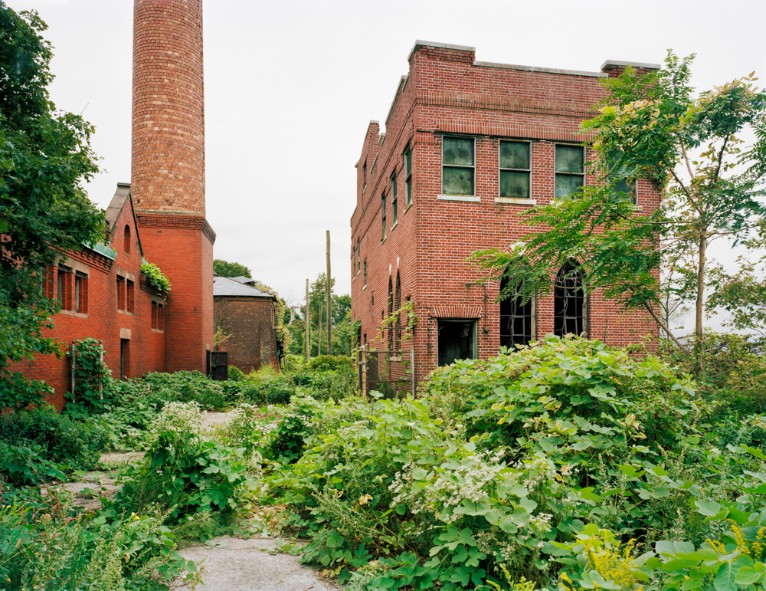 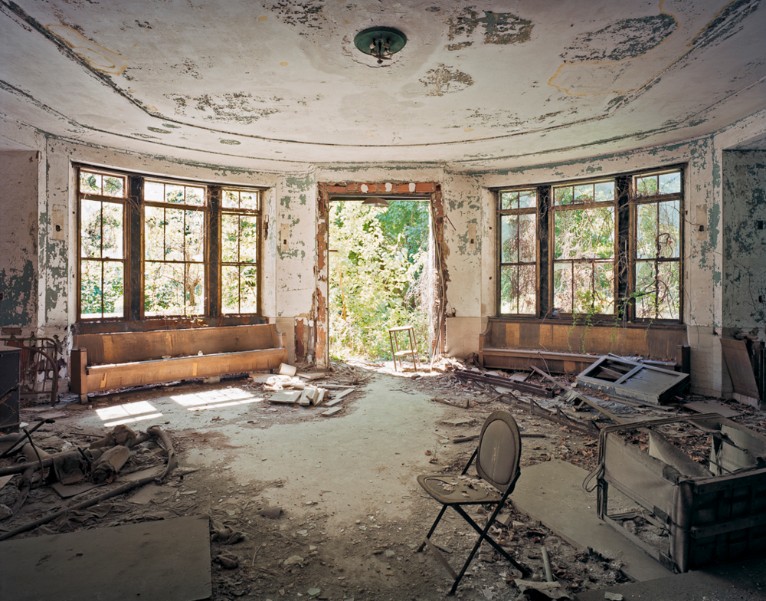 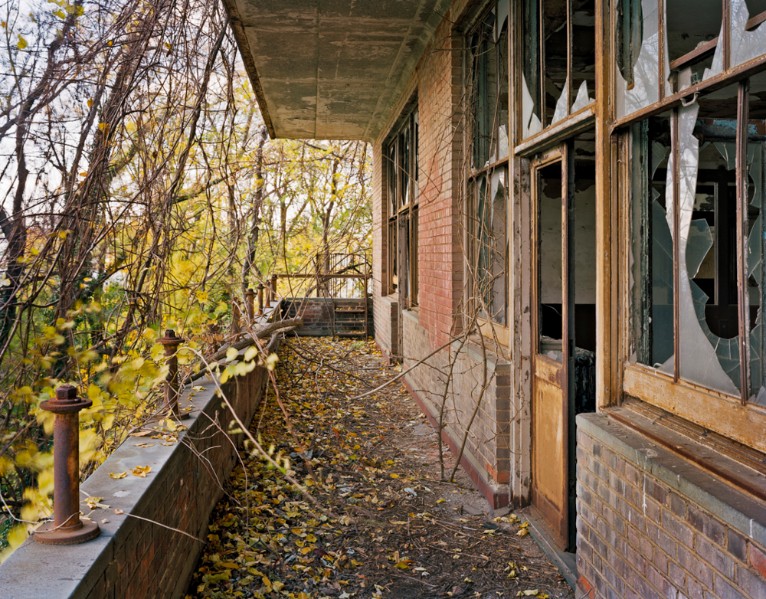 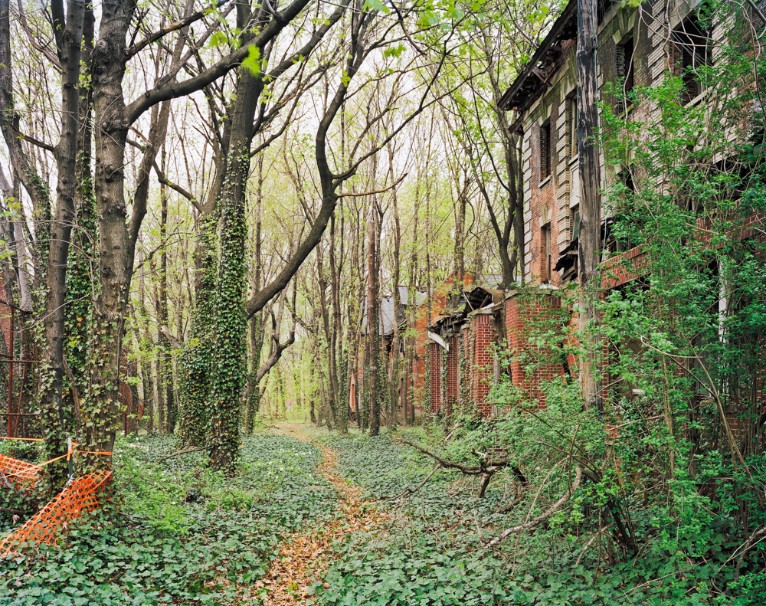 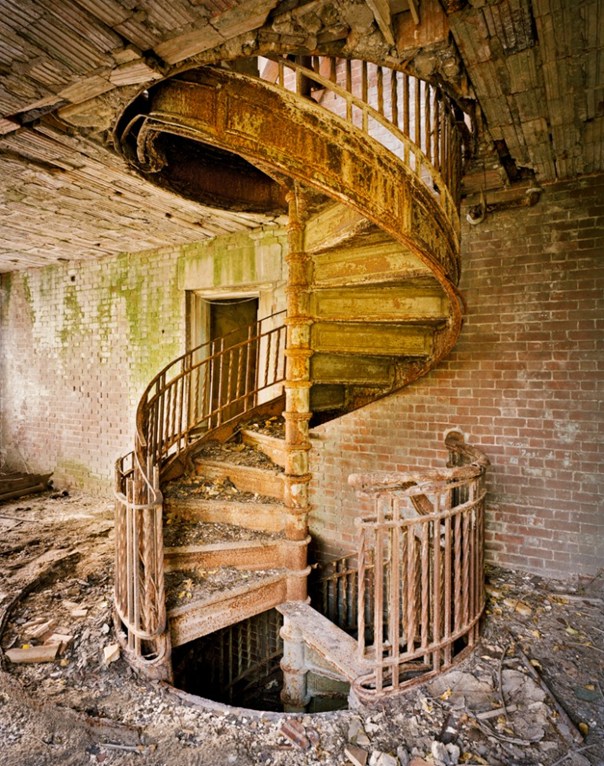 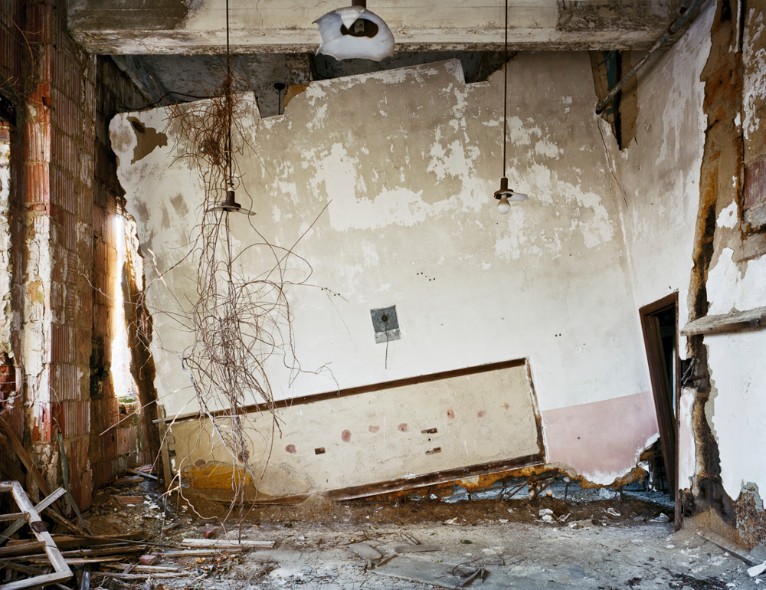 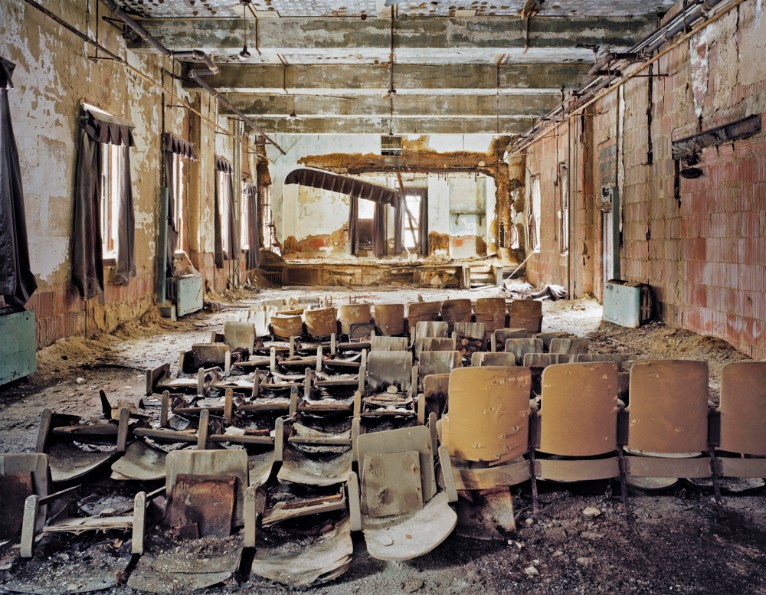 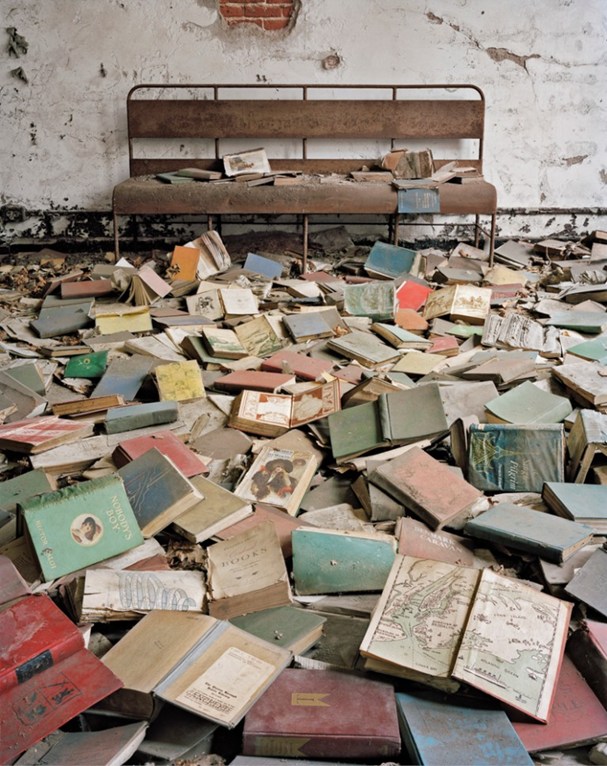 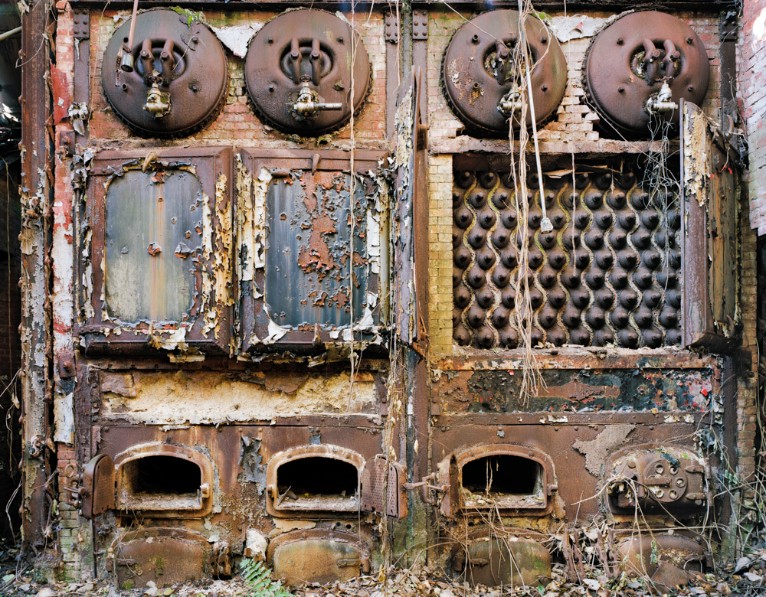 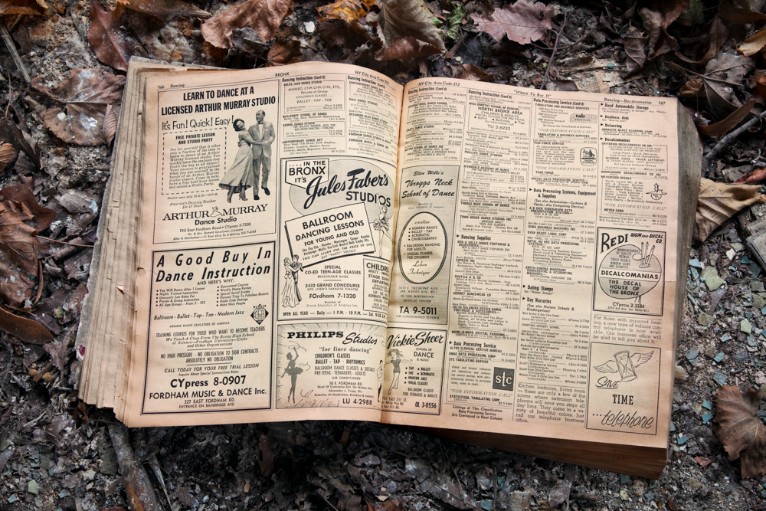 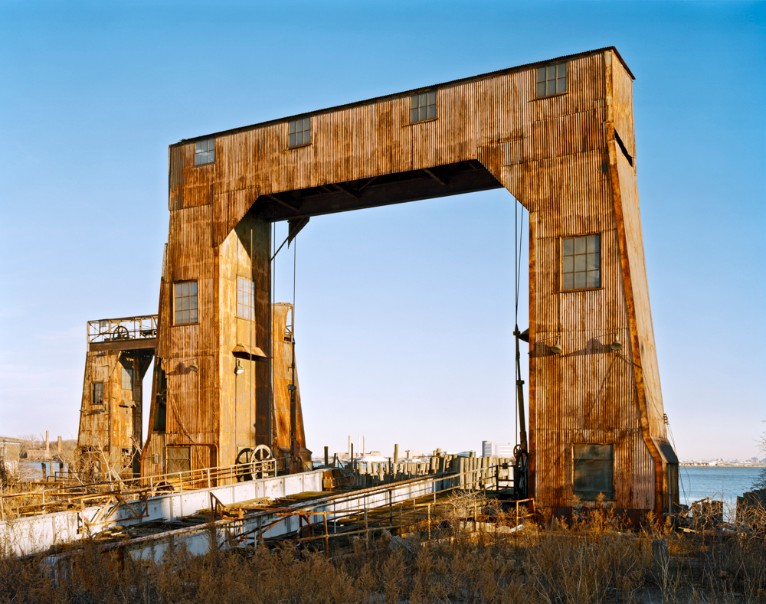 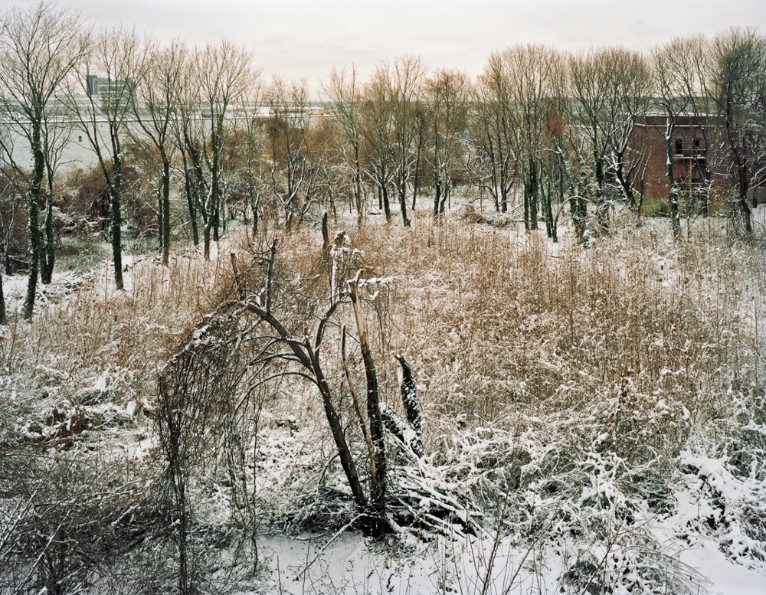 (View of Riker's Island in the Winter)