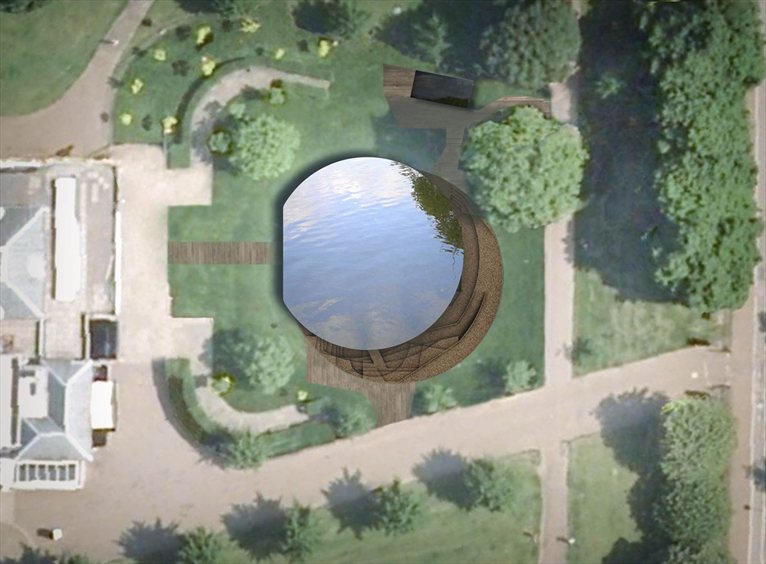 Swiss architects Herzog & De Meuron Architekten and the Chinese artist and activist Ai Weiwei are back together with their plans for the 2012 Serpentine Gallery Pavilion in London.The new pavilion will be opened during the London Olympics as part of the 2012 London Festival, as the climax of the Cultural Olympics. The design team responsible for the Beijing Olympic Stadium are back together for the twelfth edition of the prestigious event organised by the Kensington Gallery. Every year the Serpentine Pavilion commission grant a generous budget to a leading architect who has never designed a work in the UK before, so that they can use their fantasy to create a temporary work. This year it is Herzog and De Meuron and Ai Weiwei who will create his first UK project, although until June 22nd he will not be able to go there as he is still under travel restrictions and a gag order which were part of his release conditions of June 22nd last year. Indeed, the activist, who became famous all over the world for his criticism of Chinese corruption, was imprisoned last year for eleven weeks for supposed tax evasion, although he was never charged, before being released under pressure from the International community. Let us hope that the Olympic spirit will pervade the Chinese authorities and ensure that one of the country's most representative artists can be present to reveal continuity between the two editions of the Olympics.

The new pavilion will be literally in the park, dug into the ground at a depth of five metres and covered by a circular platform roof floating at about one metre forty from ground level. This floating platform held up by twelve columns, each one representing one of the editions of the pavilion, will fill with rainwater (as long as it rains!) to reflect the changing London skies, but can also be emptied like a bathtub to accommodate dance performances or other events.

Every year the Serpentine Pavilion is taken down and sold off to the highest bidder, as in the great British tradition. This year, however, the family of the Indian steel magnate Lakshmi Mittal, who has provided most of the financial support, has already purchased it and when it is closed to the public in October 2012, it will go straight into their private collection.