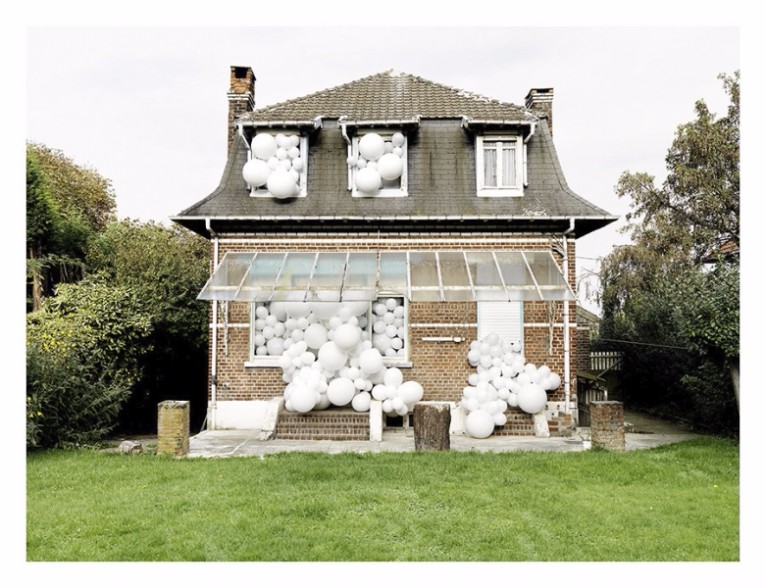 A multifaceted photographer, Charles Pétillon has set about studying the world based on his personal research conveyed through image. Immersion in the natural environment is translated into a working process, sustained by constantly changing the viewpoint with which he sees the world, and attempting to guide the individual towards a universal reflection that is at the heart of an aesthetic experience. 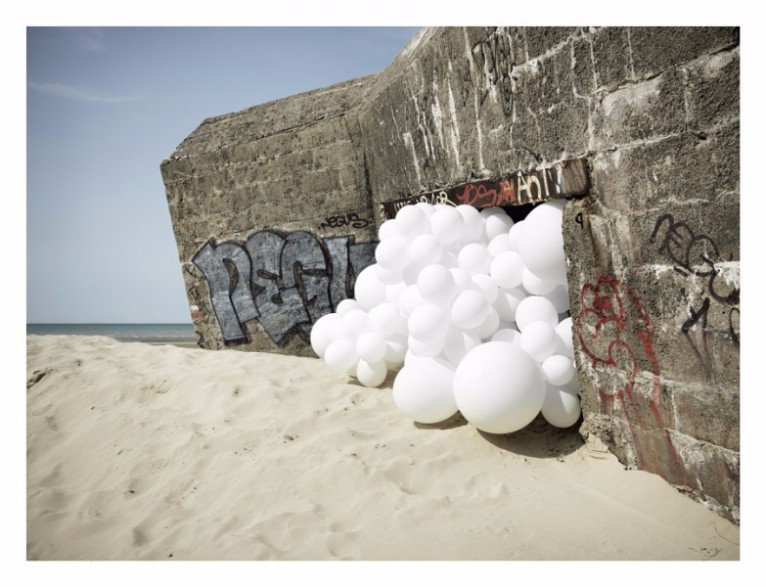 A self-taught man, researcher and photographer, he is an image ethnologist and an archaeologist of forms. Each image is created in accordance with a very precise procedure guided by the study and analysis of the place being photographed. Subsequently, the photographic print personifies this relationship between time and space, establishing both a thought and a quest by moving to the solemn rhythm of these natural environments. 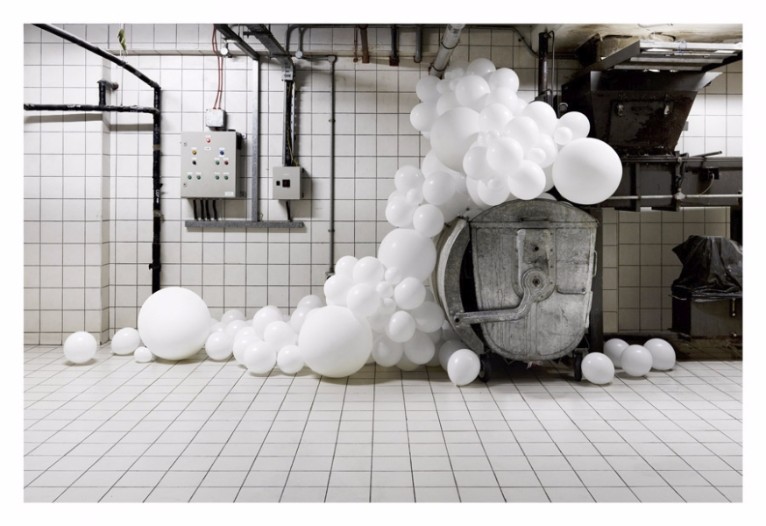 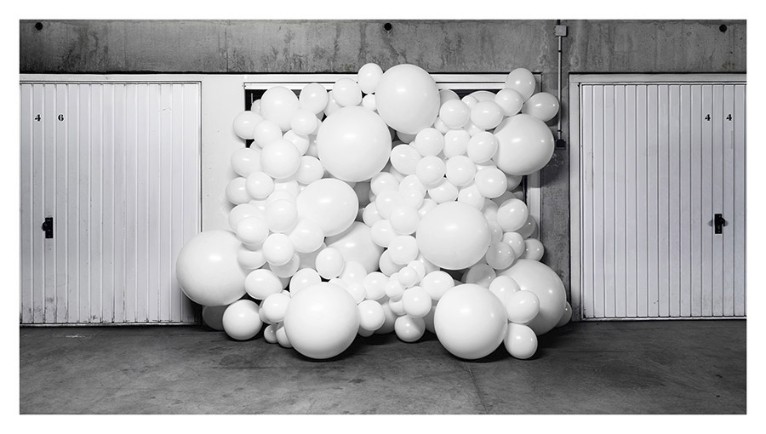 By exploring potential and hypothetical dialogues between the photographer and space, the image conceals a little of these unalterable colours by keeping them under cover, suspended from time. Humans have vanished and yet the traces of memory persist in a landscape whose colours are more real than ever. In an interplay oscillating between absence and memory, white signifies timeless intensity through the addition of balloons. 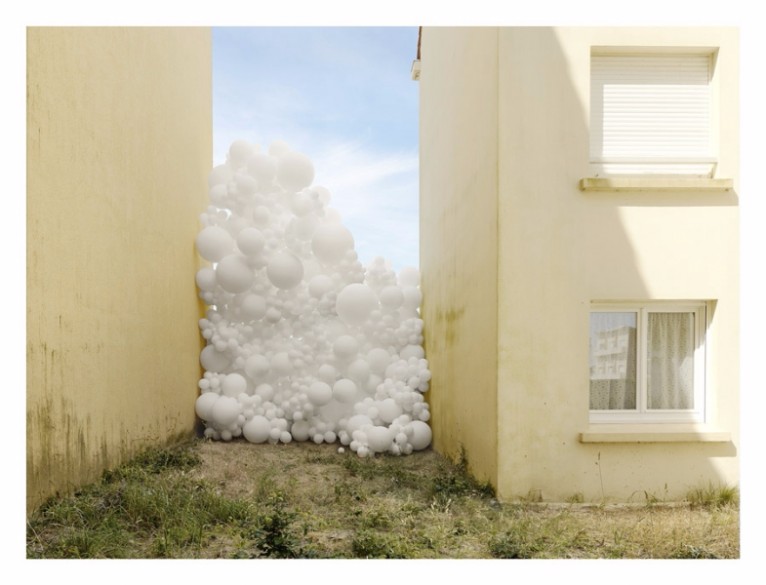 The lines conveyed by the object’s fragility outline the universal form of a circle, and give the skeletons of these disenchanted environments a breath-like delicacy. It is in silence that the photograph personifies the paradoxical metaphor: human invasion of their environment. These photographs by Charles Pétillon could also be called “fragments of a limitless reality” or “fantasies of a humanist researcher”, as these images resonate like visual enigmas on humans and their imprints. Discover an abandoned house, a burnt-out car, an empty phone box, a garage, a forest and a basketball court being revealed by the strange and bizarre presence of white balloons. 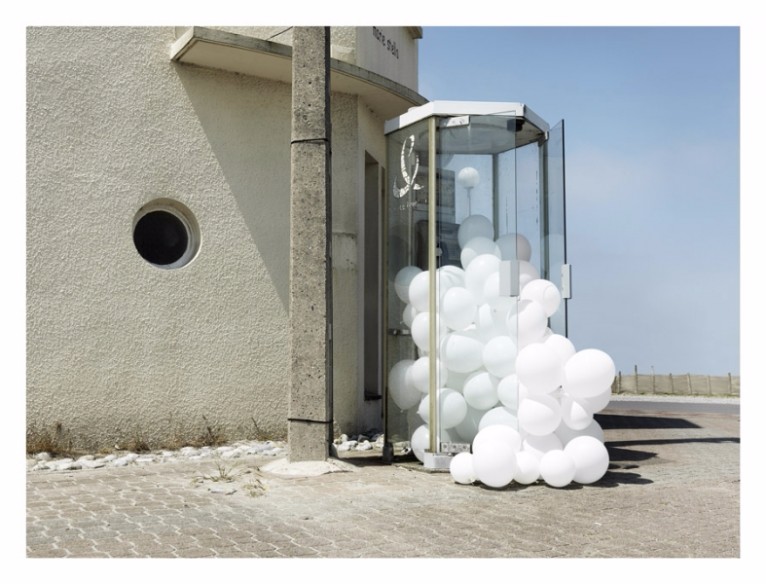 Charles Pétillon weaves together signs that encourage the poetic originality of the object in order to define one of the possible ways in which to reflect on our world. In this way, the eye is invited to understand an alphabet of forms making up the first pages of a travel diary. 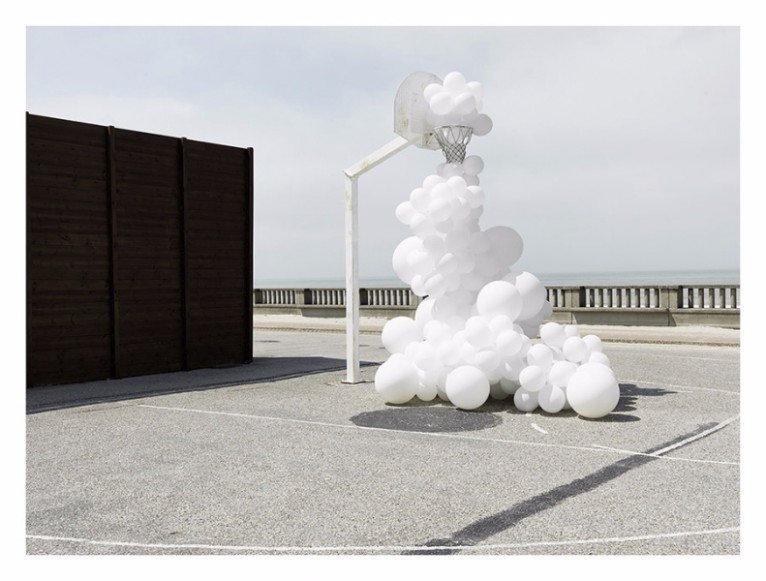 "These balloon invasions are metaphors. Their goal is to change the way in which we see the things we live alongside each day without really noticing them. It is our way of looking at things that I am trying to transform and revive, and therefore make it possible to go beyond practical perception to aesthetic experience: a visual emotion - said Pétillon - Each balloon has its own dimensions and yet is part of a giant but fragile composition. This fragility is represented by contrasting materials and also the whiteness of the balloons. All details of these installations will eventually disappear becoming nothing more than a simple form".