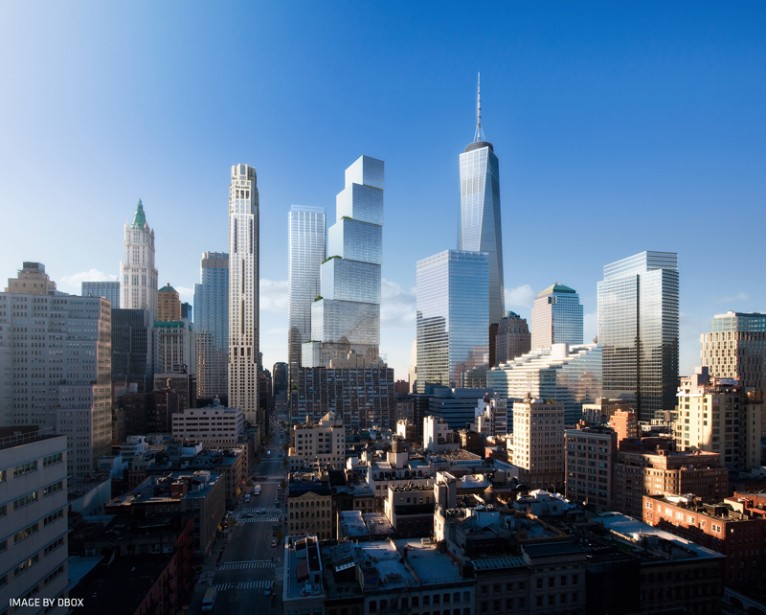 Danish architectural prodigy Bjarke Ingels unveiled yesterday his firm’s plans for the fourth and final tower of the World Trade Center complex, officially pushing Norman Foster’s design out of the running. The reason for the shift appears to be the result of two of the soon to be building’s highest paying tenets: 21st Century Fox and News Corp and developer Larry Silverstein. Foster’s design, which was commissioned 10 years ago, proved to be too stoic and mundane to host the media company, so the decision was made to shift creative direction. Cue wide-eyed and unconventional starchitect, Bjarke Ingels.

BIG—the telling name of Ingel’s firm—revealed a design that is futuristic and cutting-edge, yet dignified. Depending on your vantage point, BIG’s project either appears as an eccentric stack of asymmetrical blocks, or as a vertical, balanced tower which echoes the aesthetic of its neighboring towers. 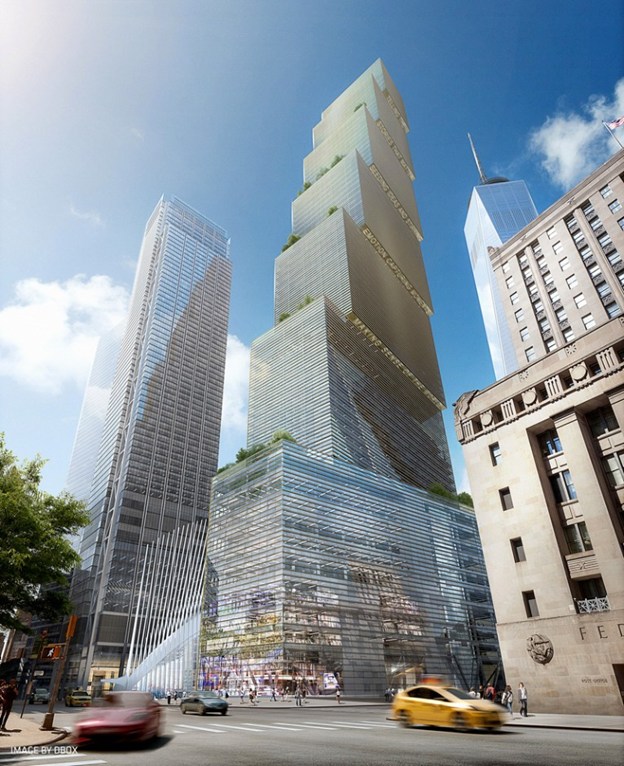 In a video released on June 9th, Ingels describes how the building will appear from different areas of the city. He states: “From Tribeca, it will appear like a vertical village of singular buildings, each tailored to their individual activity, stacked on top of each other, forming parks and plazas in the sky. From the World Trade Center, the individual blocks unite, completing the spiral of towers framing the memorial”.

Despite some initial doubts as to whether or not the design was feasible, Silverstein and James Murdoch—son of Rupert Murdoch and decision maker at Fox—appear satisfied and confident in their decision, so much so that they’ve signed a (non-binding) tenancy agreement to occupy the structure once it’s completed. The building is scheduled to be up by September 2021. 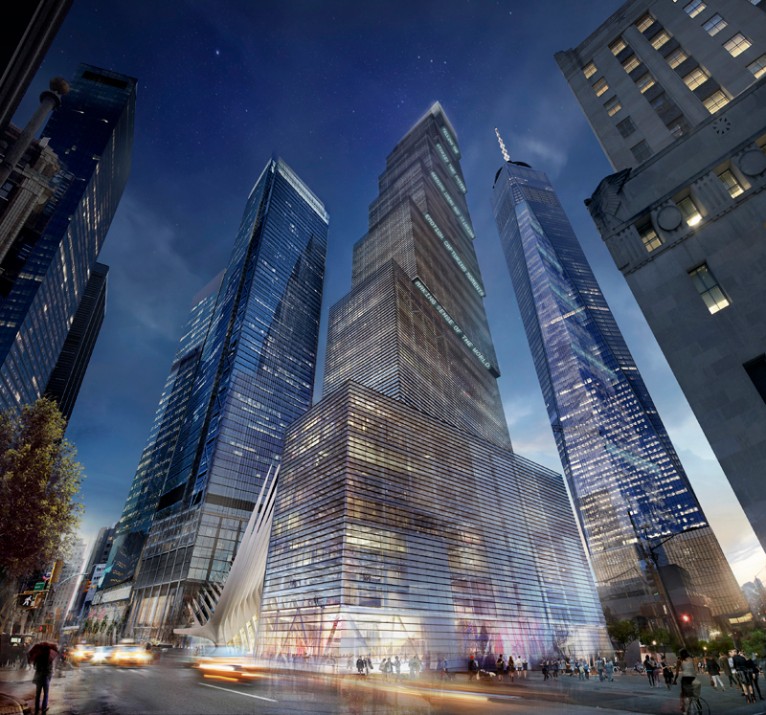 According to Ingels, 2 WORLD TRADE CENTER will be a structure in which “horizontal meets vertical, diversity becomes unity”. The idea thus seems to reflect the right spirit; all that’s left to see is if New Yorkers will buy it. 21st Century Fox and News Corp and Larry Silverstein certainly have, and something tells me that’s all that matters. 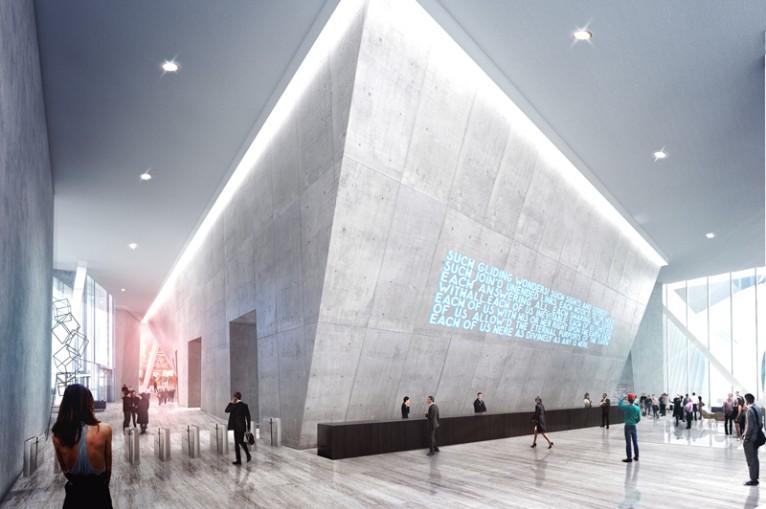 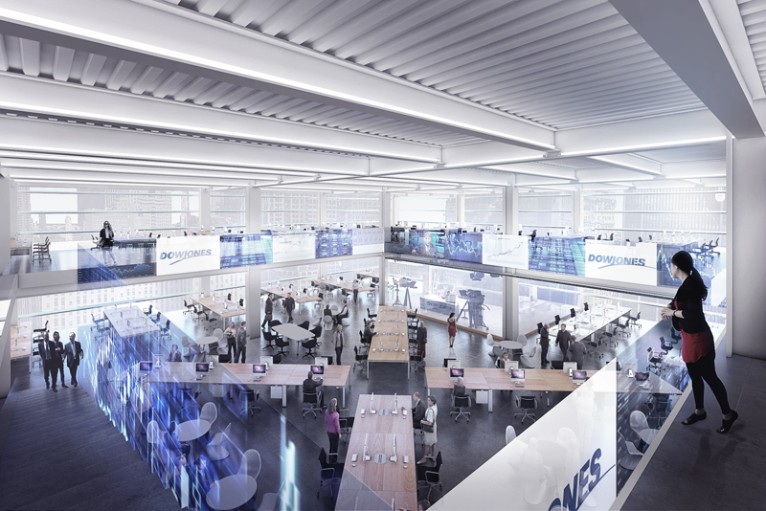 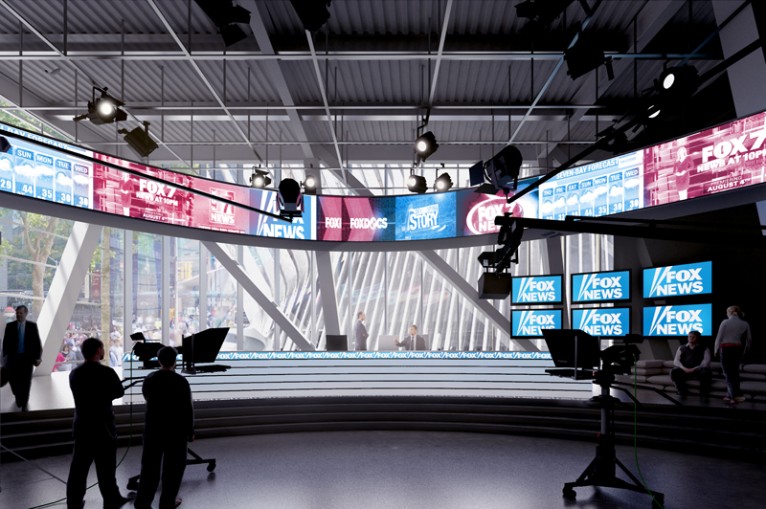 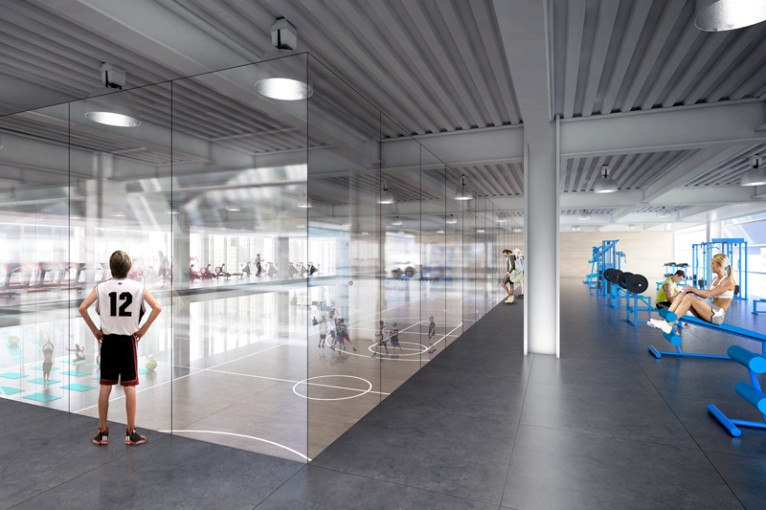 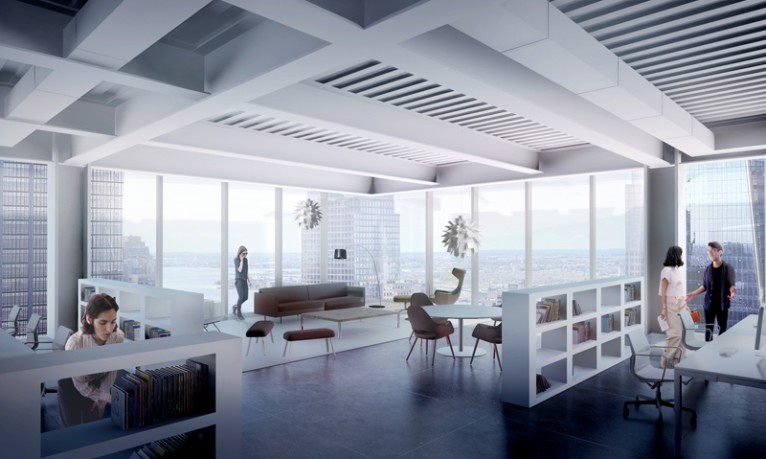 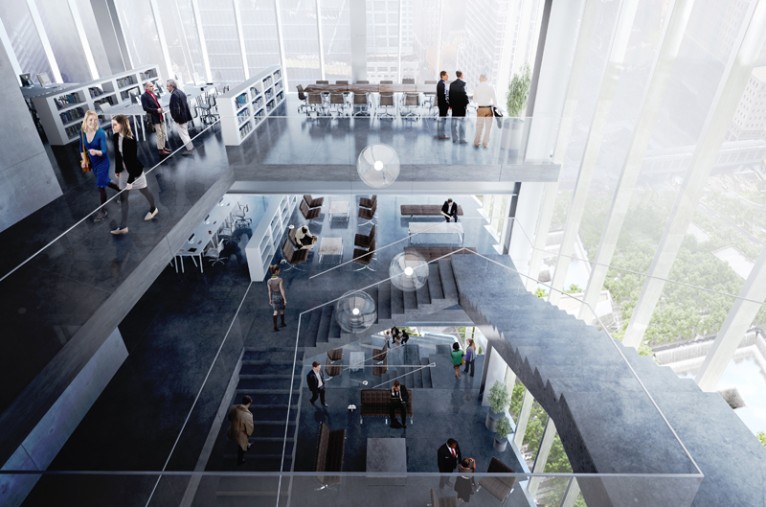 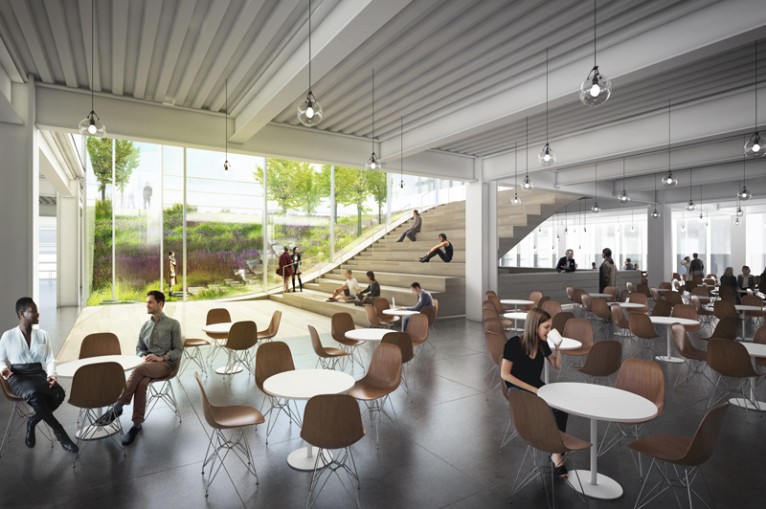 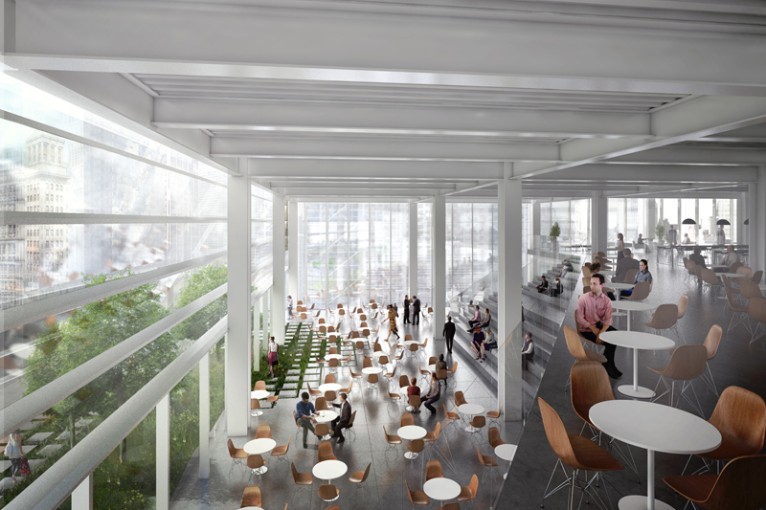 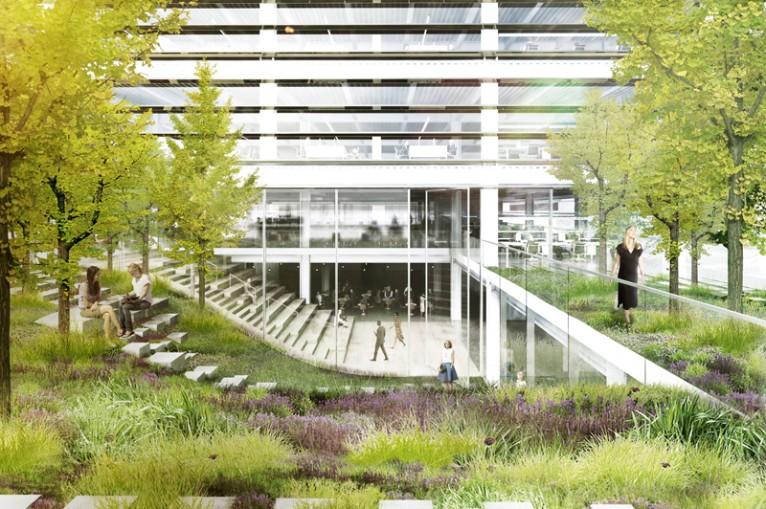 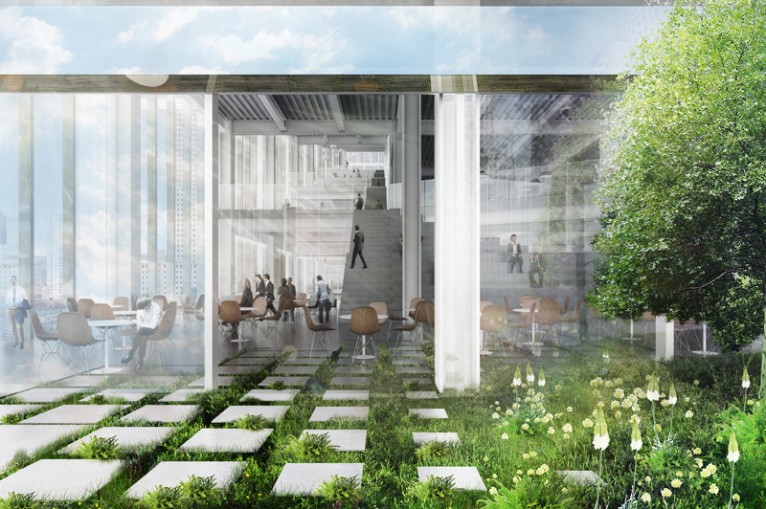 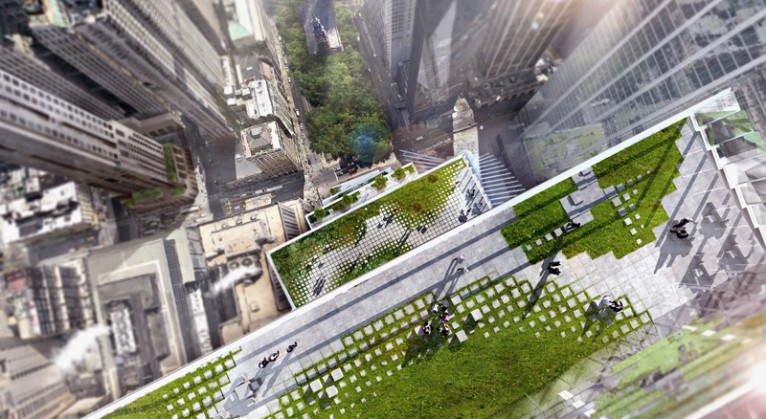 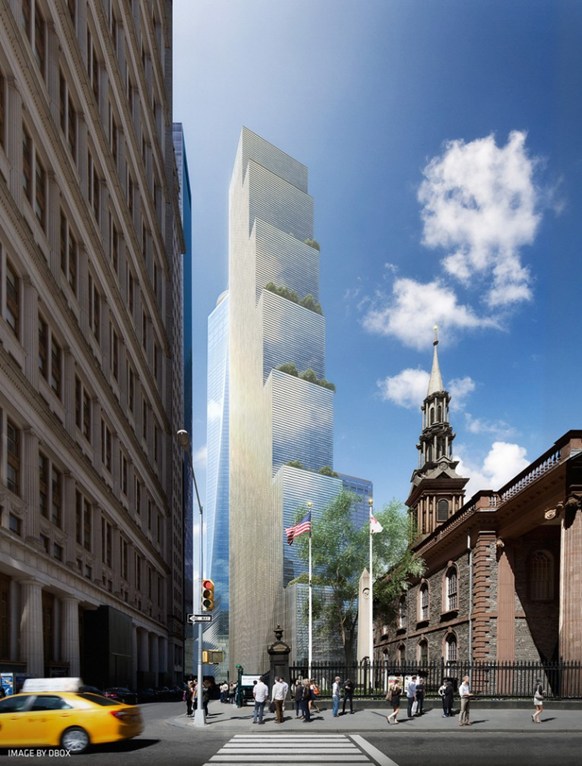 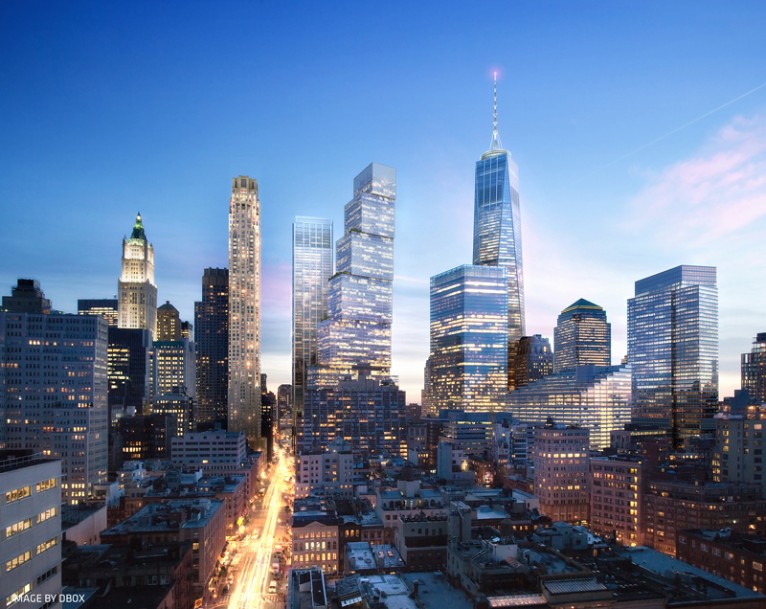 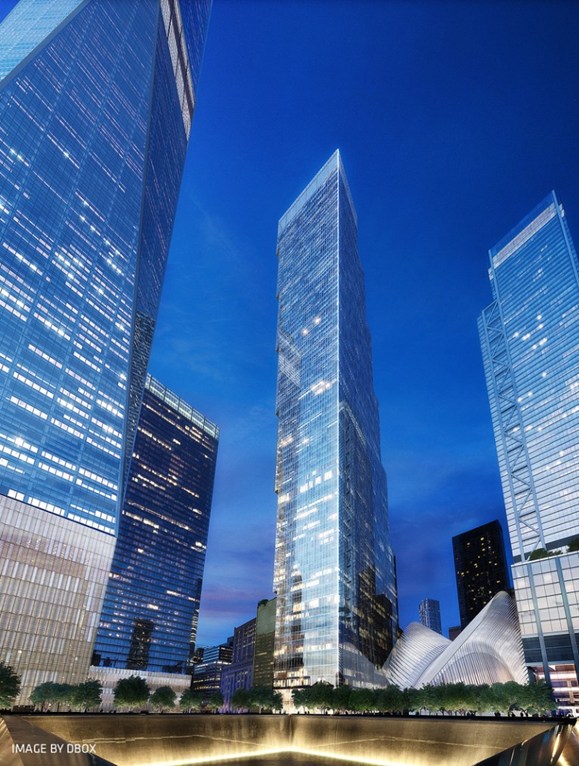 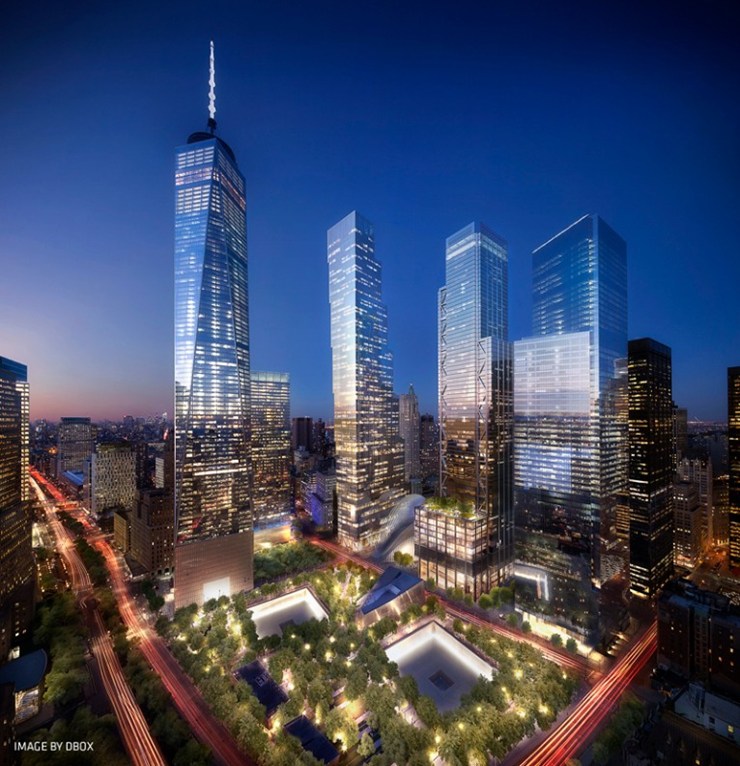 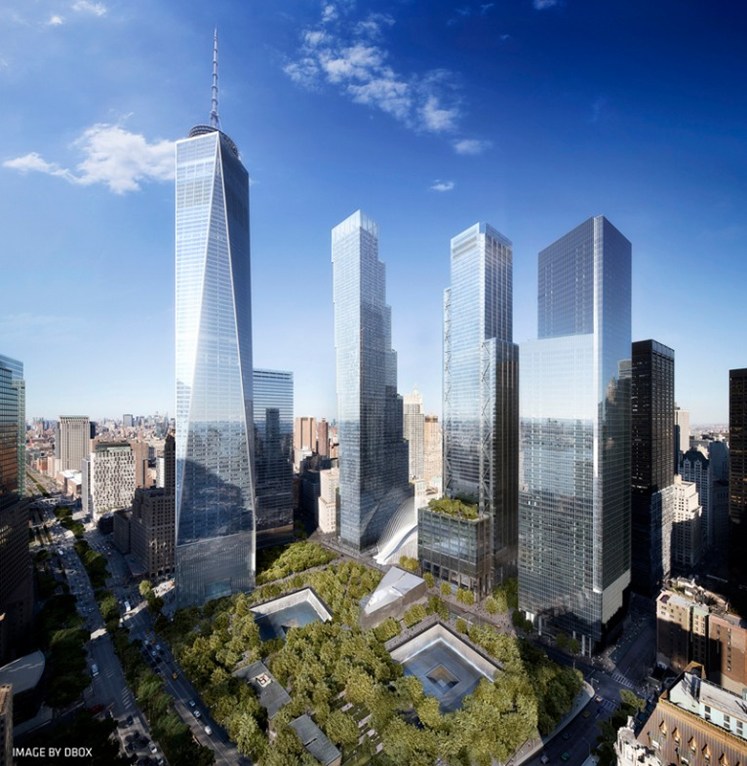 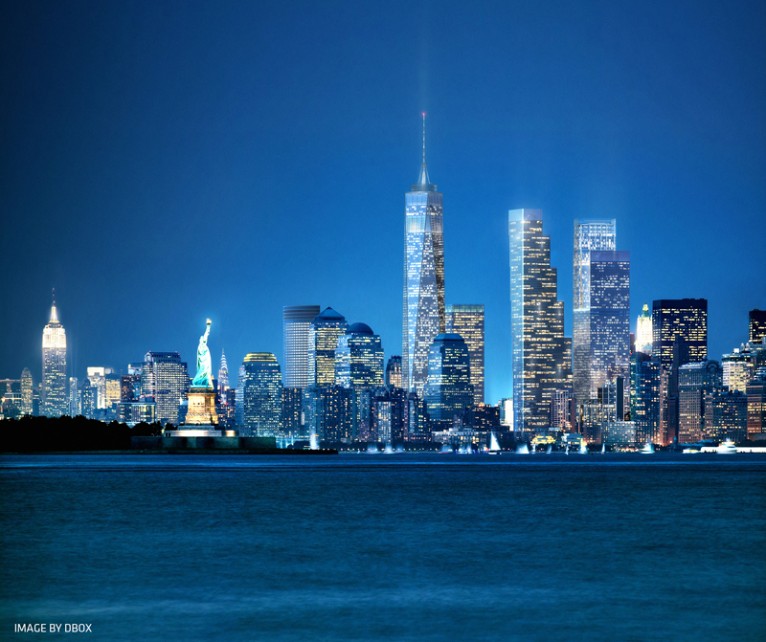 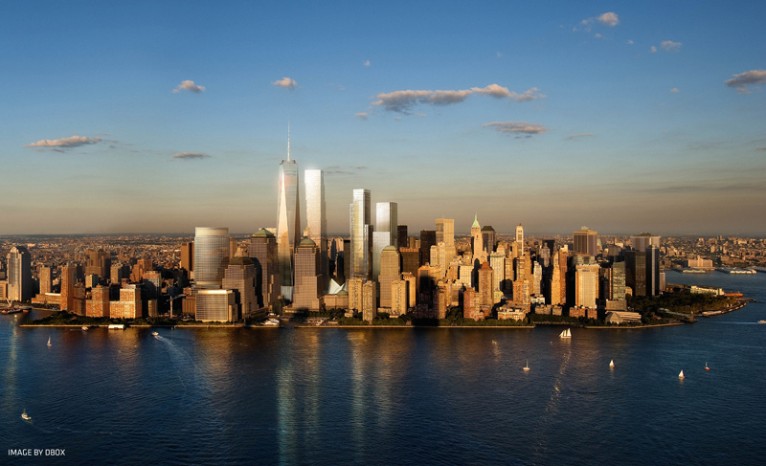 All images courtesy of BIG Bjarke Ingels Group and DBOX