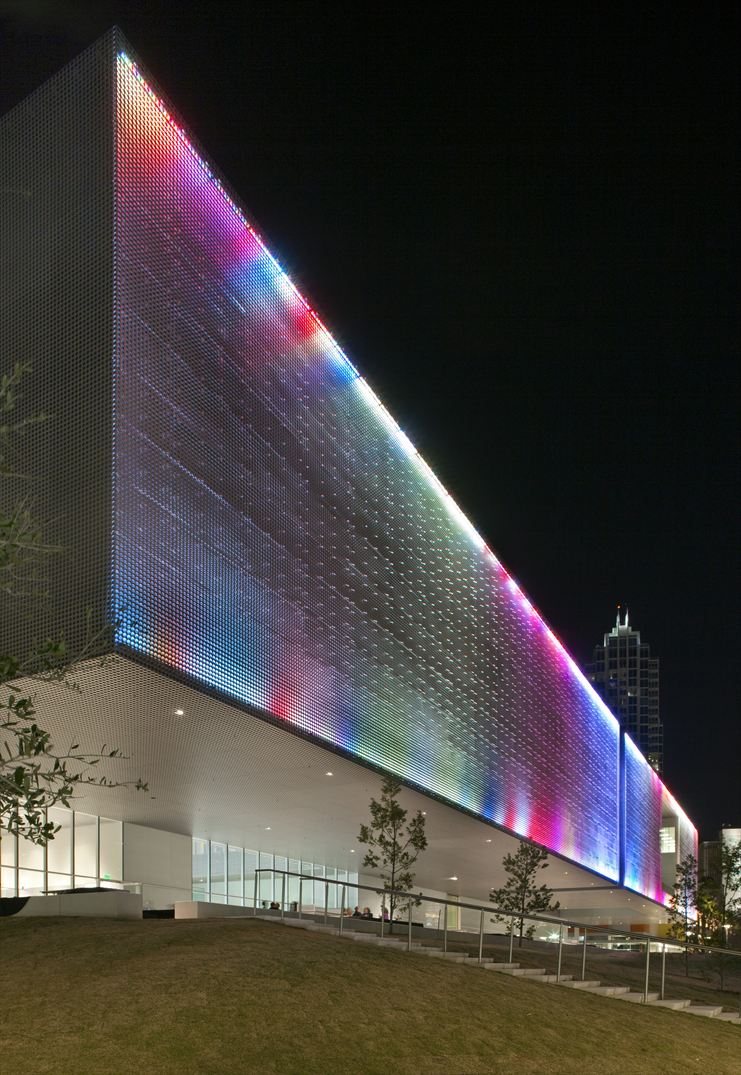 “A treasure chest whose sole purpose is to be filled with art” this is the definition that Stanley Saitowitz / Natoma Architects Inc. gives of the Tampa Museum of Art, on the western coast of Florida.

“This museum is a neutral frame for the display of art, an empty canvass to be filled with paintings. It is a beautiful but blank container, a scaffold, to be completed by its contents. We are interested in openness, in unknown possibilities in the future, in Architecture as infrastructure. We have created a compelling space in the most discreet way, avoiding the building as an independent sculptural object, and using space and light to produce form”.

This 'treasure chest' of art is held up by a glass pedestal which seems to float in the park with its projecting cover and reflecting walls. “It is a hovering abstraction, gliding above the ground. The building is not only in the landscape, but is the landscape, reflecting the greenery, shimmering like the water, flickering like clouds. It blurs and unifies, making the museum a park, the park a museum”.

The long building is sliced in the middle. This cut divides the building into two zones, an open public one and a closed and private one. Both the sections generated are organised around a courtyard, one in the lobby and the other surrounded by offices and by the collection areas.

During the day light reflects on the surfaces, at night the Museum emanates light from them. When night falls, the outside becomes a canvass for a show of light. “The art from within bleeds out onto the walls and escapes into the darkness”. The illumination of the 'skin' changes colours and patterns into endless variations which turn the building inside out, revealing its secrets and duplicating it in its reflection in the water.

This floating 'electronic treasure chest' is “a billboard to the future and a container to house works inspired with vision and able to show us other ways to see our world”. Hovering in the park, the Tampa Museum of Art provides a connection between land and sky.