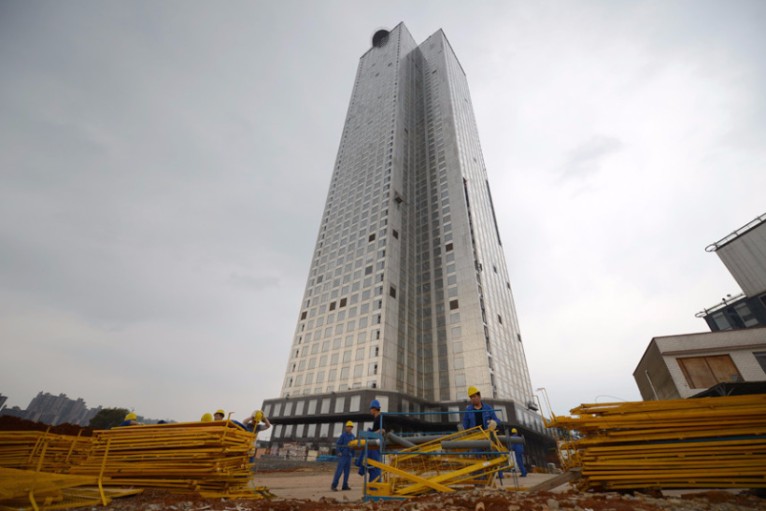 The company keeps increasing both the construction speed and the size of these buildings at an impressive rate, although the J57 represents a smaller prototype for a 220-story building that BSB planned to build, the J220, better known as Sky City.

The J57 building has 19 atriums of 10 meters’ height each, 800 apartments, and office space for 4,000 people. Zhang claims that the use of its modular construction technique, which won a CTBUH Innovation Award in 2013, reduced the use of concrete by 15,000 trucks, which he says has nearly eliminated all the dust that would normally be released during conventional construction, an important advantage in pollution-ridden China. 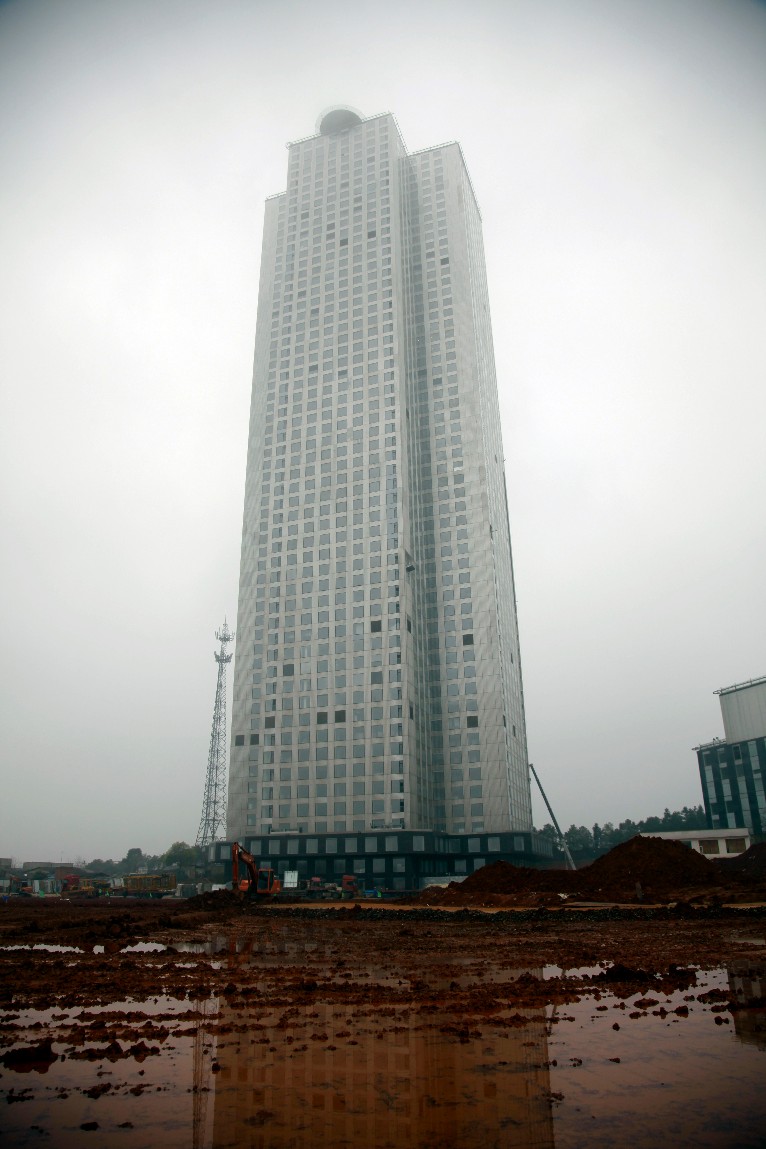 Zhang also says that all of the air inside the building is 99.9 percent pure, thanks to the tight construction and built-in air conditioning system. BSB’s parent company, Broad Group, manufactures air conditioners, air purifiers and other similar products.

The J57 building has quadruple-pane glass and, Zhang says, is so energy efficient that it will save more than 10,000 metric tons of CO2 emission compared to a conventionally constructed building of the same size and use.