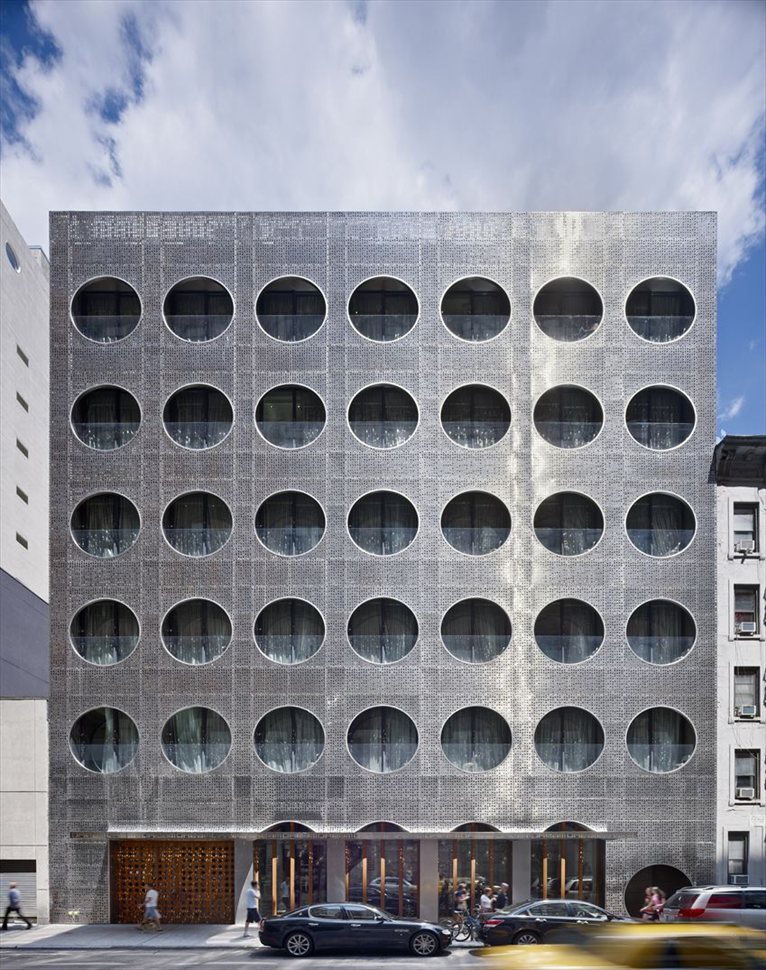 The Dream Downtown Hotel, situated in the Neighborhood of Chelsea in New York City, is the result of a conversion operation carried out by American office Handel Architects. The project involves the conversion of a building erected in 1966 for the National Maritime Union which commissioned the construction of their new headquarters to architect Albert Ledner.

The 12-storey building includes 316 rooms, two restaurants, an outdoor swimming pool coming from the removal of four floors of the existing building, a panoramic terrace and common and commercial areas on the ground floor.

The façade of the newly designed annex was clad with stainless steel tiles connected to one another like the original mosaic tiles of Ledner's building but interrupted by potholes.Handel Architects were also responsible for designing the interior, furnishing and finishing that were designed to reproduce the external layout of the hotel with a replication of circular shapes and openings.