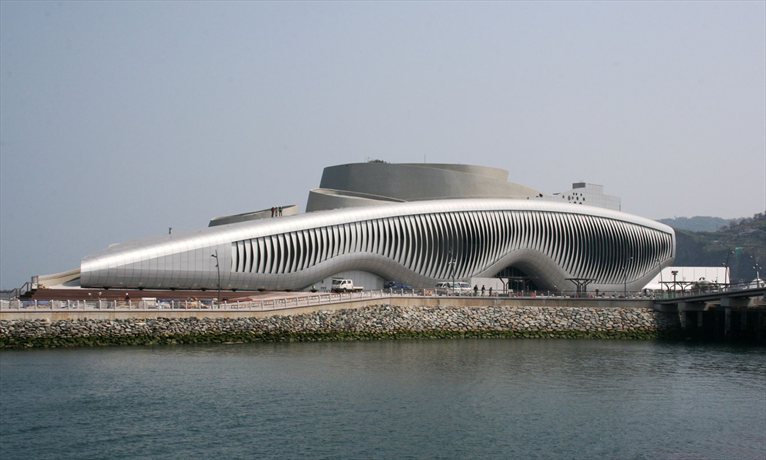 Austrian office SOMA architecture will be the protagonist tomorrow at Yeosu, in South Korea with their central pavilion of Expo 2012, called One Ocean, which officially opens the day after.

From May 12 to August 12 2012, the Korean city will indeed house this year's international exposition. The complete theme chosen for the 2012 International Exposition of Yeosu is the Living Ocean and Coast – Diversity of Resources and sustainable Activities and it continues from the theme of Water and sustainable development chosen for the Expo 2008 in Zaragoza Spain.

The Austrian office won the competition of ideas in 2009 for the central pavilion of the Korean Expo which will occupy the seafront area of the city of Yeosu. The theme of the exposition which shall be housed by the pavilion is Coexistence of the Ocean and Mankind. The total area of the two floors of the building is about 6,000 m2, with an exhibition area of about  2,100 m2, which shall be the heart of Expo 2012.

The kinetic and sensual architecture of the pavilion offers different perspectives and interpretations. Near the sea the series of vertical cones defines a sinuous coastline, a soft “edge” constantly blending water and land. The opposite side of the pavilion is connected by a landscape-roof, with panoramic gardens and paths.

The topographic lines of the roof are transformed into lamellas on the other digital façade overlooking the entrance to the Expo and the "Digital Gallery". During the day, the lamellas are used to control the light conditions, whereas after sunset, the analogue visual effect of the 108 moving lamellas is intensified by the Led lights.