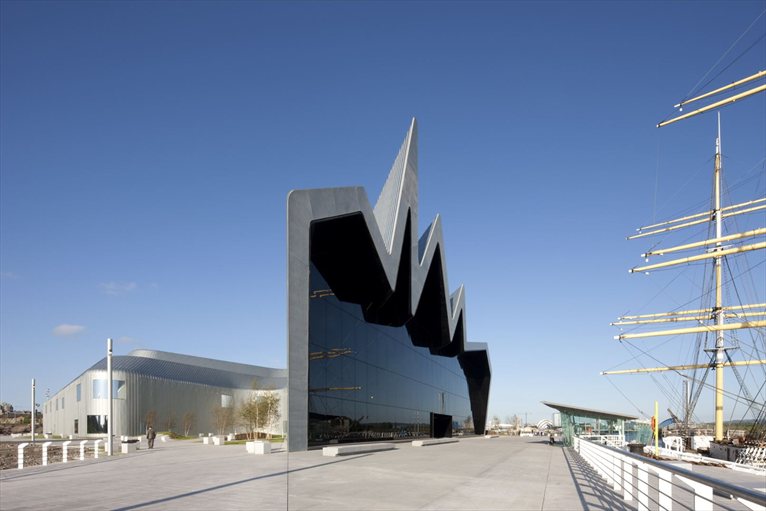 The Riverside Museum in Glasgow, designed by Zaha Hadid, has been declared the most innovative museum in the sector of technology, social history and work by the European Museum Academy. The Riverside battled it out against museums from 12 other European countries to win this 17th edition of the Premio Micheletti.

In their report the judges observed how: "The careful planning of the museum included involving visitors and volunteers at every stage of the development." And they also reminded how: "It is making a change to a rundown neighbourhood, as well as being a showcase of past, present and future transport industries of Glasgow."

The project is part of a more wide-ranging programme of urban expansion of the city, known as  “Glasgow Harbour” and envisages a new residential area with structures for tertiary and leisure activities. The new structure is located at the point where the two main rivers in Glasgow, the Kelvin and the Clyde, converge, creating a connection between the city and its rivers. A sort of telescope (twisted and contorted) to collect and convey looks towards the river.

The route which connects the two ends of the “tunnel” presents the typical fluid geometry which characterises the architecture of the Anglo-Iraqi architect; a figure which seems to contain a moving wave which gives shape to the visible “folds” on the zinc shell. The roof's profile develops along a zigzagging route which ends with a glazed façade overlooking the river Clyde.