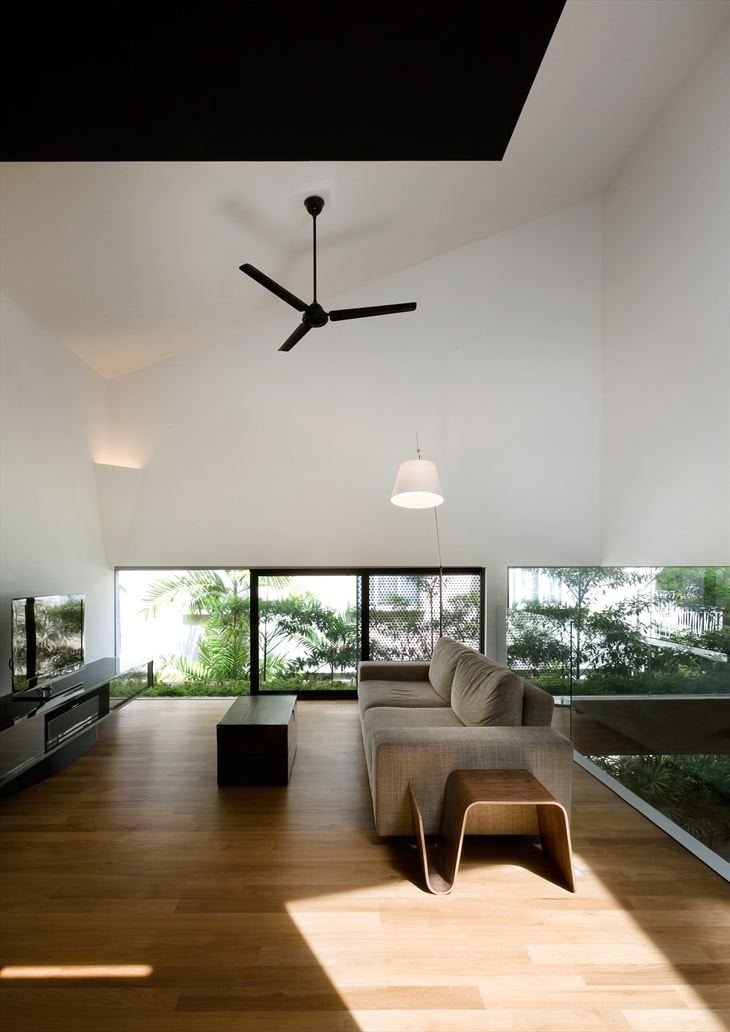 The Maximum Garden House designed by formwerkz Architects came from the clients' need to “keep an eye on” their children without necessarily being in the same room. In consideration of this, Formwerkz drew inspiration from Adolf Loos' Raumplan, in which the rooms have different heights according to their function and the blend of the various volumes creates changes of level.

The Formwerkz project complex also investigated the possibility of in some way expanding the garden of this terraced house. In this way the idea came about of planting a green vertical wall inside a niche along the front boundary wall and of creating a “vertical garden” to embrace the building, starting from the façade up to the roof, recovering surfaces normally ignored from this point of view.

The green façade mainly operates as a screen for the privacy of the house: a sort of open rack profiled like a shutter. The planting shelves are dimensioned to accommodate small potted plants found in any nursery to guarantee easy maintenance. The irrigation system is made up of a single pipe which runs along the last shelf at the top, feeding the lower tiers.

The sloping roof which derives from the staggered section of the house recalls the natural undulations of the ground. “We imagined that the inclined plane was more conducive to sitting or lying down and having a conversation while looking out in the same direction, sharing the same moment, like one does in a park.”.