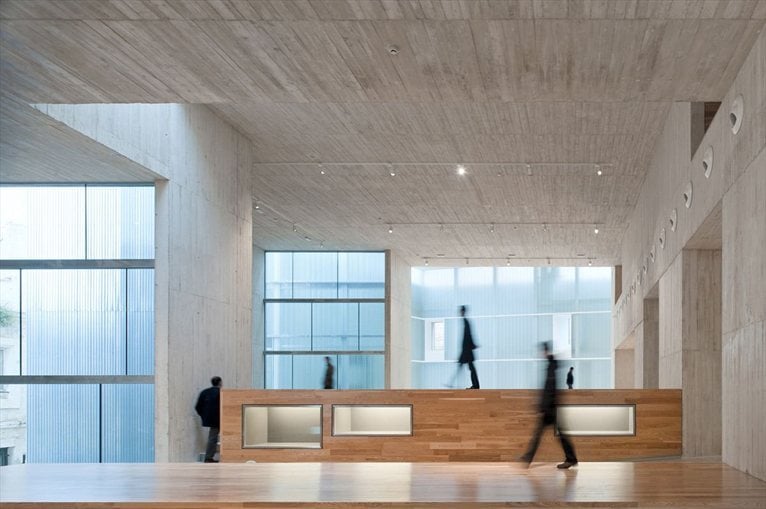 The Museo De Semana Santa De Hellìn project is the result of a competition of ideas, called by the Municipality of Hellìn, located in the province of Albacete, in the south of Spain. The competition, won by Madrid office Exit Architects envisaged renovation and expansion of the ancient Casa del Conde, an eighteenth century dwelling built for the Count of Floridablanca.

The historical residence was, therefore, converted to become an integral part of the Museum, including the original façade of the rear court amongst the backdrops of the new exhibition spaces. Indeed, the internal court of the house plays a fundamental role within the museum area as a joining point between the new work and the existing one.

The old façade seems to dissolve compared to the rest of the house to no longer represent a constructive element but a painting, a decorated surface, deliberately exhibited like an object to be shown.

The internal environments of the ground floor, modelled by the light, have been designed according to a large scale drawing with the use of lasting materials like concrete and several wooden bases, which are used as showcases or pedestals to exhibit the religious sculptures. The upper levels of the building have been turned into a library and administrative offices.