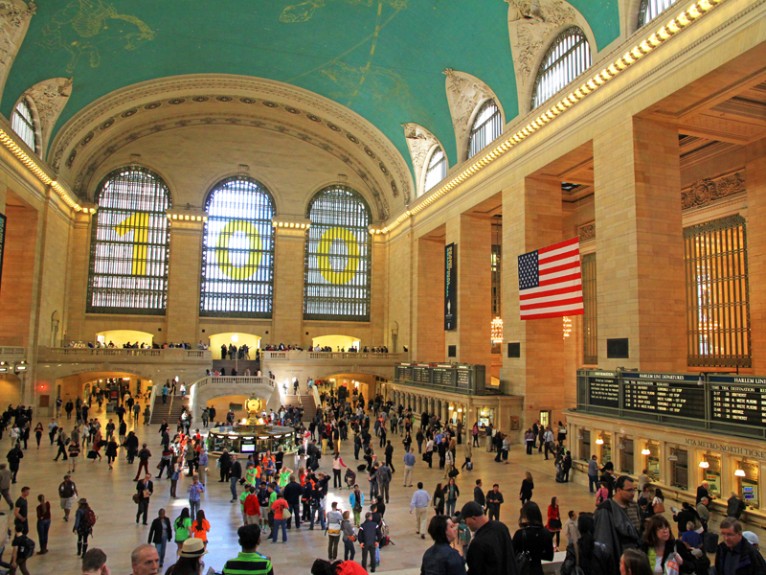 New York City is definitely a visual city. By that I mean, it’s a feast for the eyes. There’s something to see at every corner: from its architecture, to its multifaceted inhabitants, to its seasonal, naturalistic beauty. But what about its auditory aspect? The fast paced rhythm of this city makes it rare, nearly impossible, for its residents or tourists to stop, close their eyes, and listen. And yet, if you do stop and listen, you’ll hear that NYC offers a plethora of glorious sounds which match, if not rival, its visual splendor. Thankfully, Karen Van Lengen, Professor of Architecture at the University of Virginia,  has teamed up with the Museum of the City of New York to remind people to listen to their surroundings with their latest installation: “Soundscape New York”.

Lengen created the installation by recording and editing audio clips of some iconic architectural NYC spaces. They include: Rockefeller Center, The New York Public Library Reading Room, The Seagram Building’s Lobby, The Guggenheim Museum, and Grand Central Station. She then added drawings to match each particular sound.

The project received a final touch from artist James Welty, who created animated spatial environments and choreographed them with the recorded sounds to replicate the texture of the buildings depicted.  The result is a totally novel way of experiencing these spaces: the real sounds of each place, which include echoes and chimes, meet with visual animation and epitomize each iconic site.

The installation can be visited at The Museum of the City of New York from March 10th to June 7th, 2015.