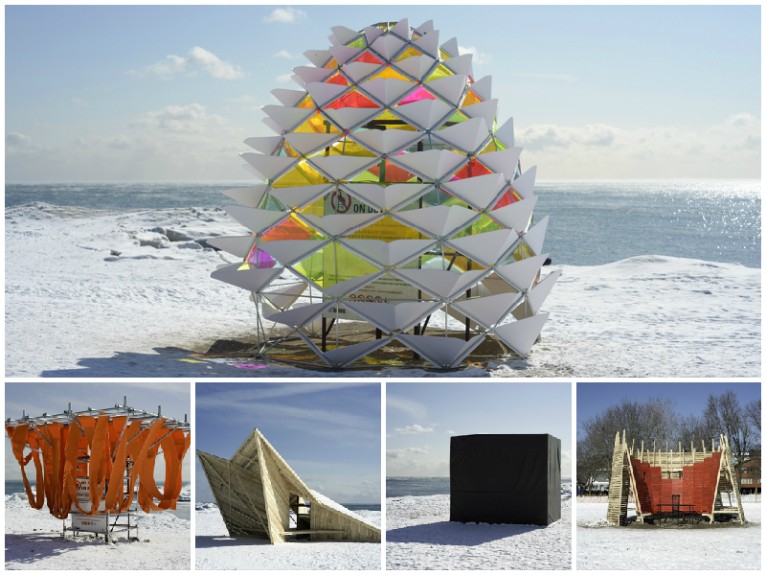 Sometimes Torontonians need to be prodded into heading outdoors during the winter months. That's why Raw Design  , Ferris + Associates and Curio teamed up to launch 'Winter Stations', an open international design competition inviting artists, designers, architects and landscape architects to re-imagine one of Toronto’s most under-appreciated winterscapes.

From Feb 16 thru March 20, five lifeguard stations lining the lake at the foot of Kew Gardens in the Beaches are transformed into interactive art to add colour, movement and humour to the landscape. 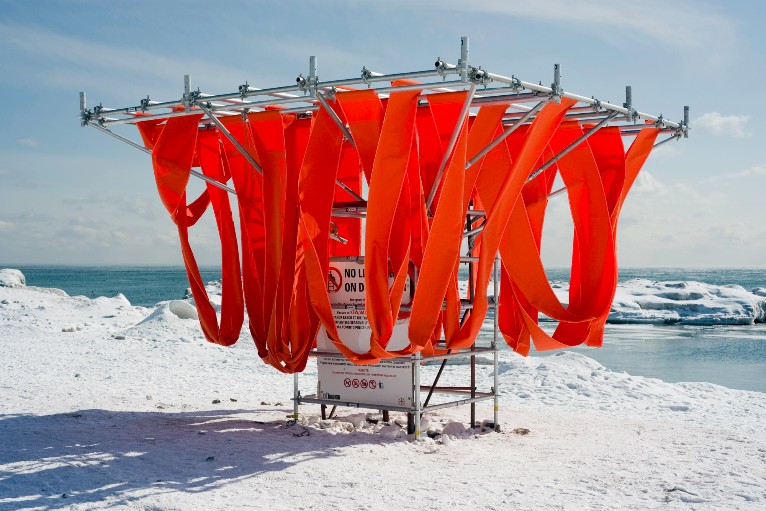 Using the theme of warmth as a guide, artists, designers and architects were challenged to turn the utilitarian lifeguard stations along Toronto’s east beaches into whimsical pieces of wintertime public art, spurring over 200 submissions from around the world. 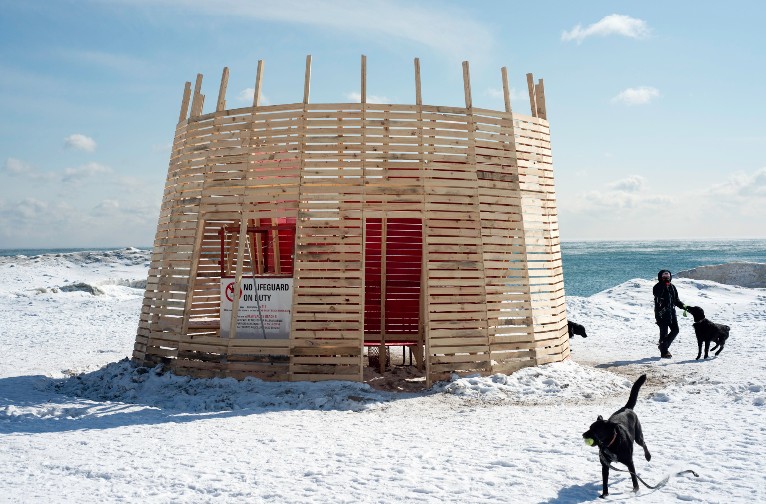 The result: five playfully interactive ‘Warming Huts’ that have transformed Toronto's waterfront into a wintertime hub:

- Wing Back by Tim Olson

- Snowcone by Diana Koncan and Lily Jeon and the Department of Architectural Science, (Ryerson). 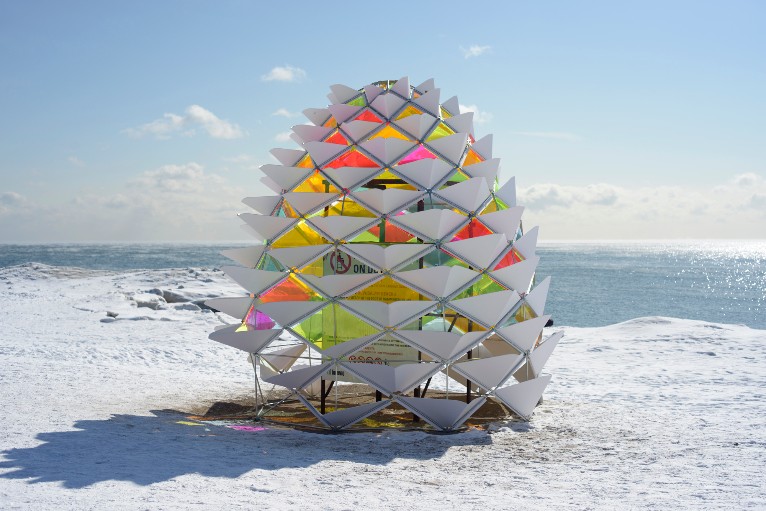 Ryerson University Faculty of Engineering and Architectural Science led a team of students to create an installation for one of the stands. Snowcone was the winning project of the Student Design Charette held within the Department of Architectural Science and became the fifth Winter Station. 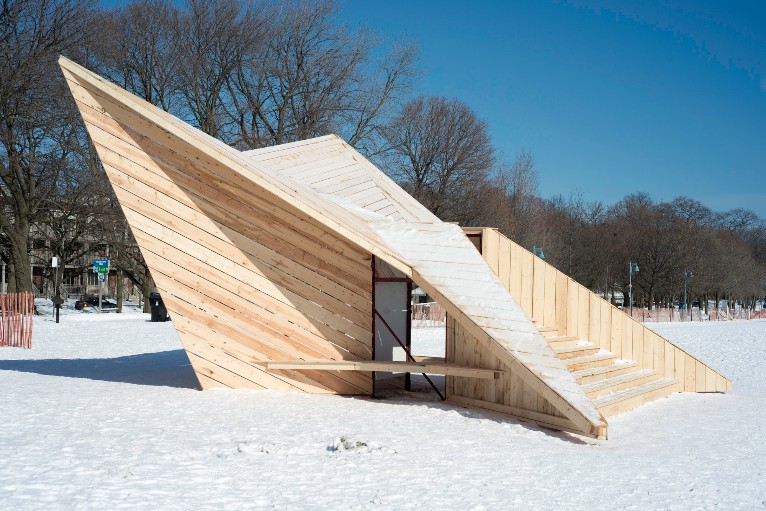 All five installations will be on display to the public along Kew/Balmy Beach until March 20, 2015. 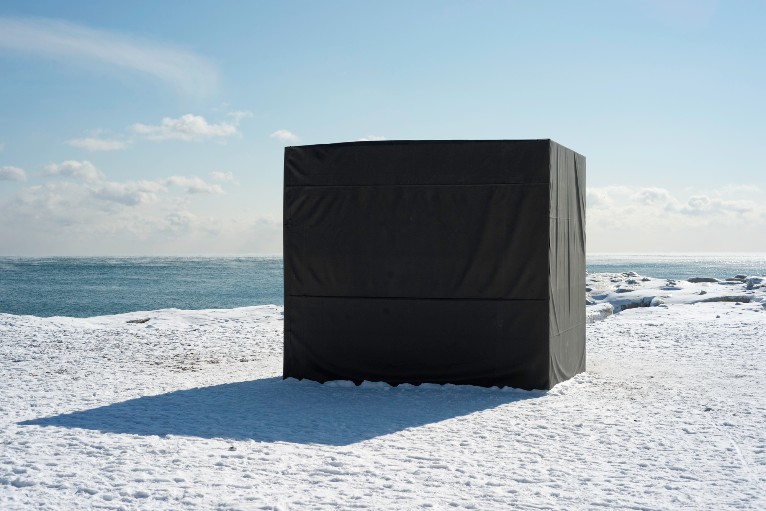