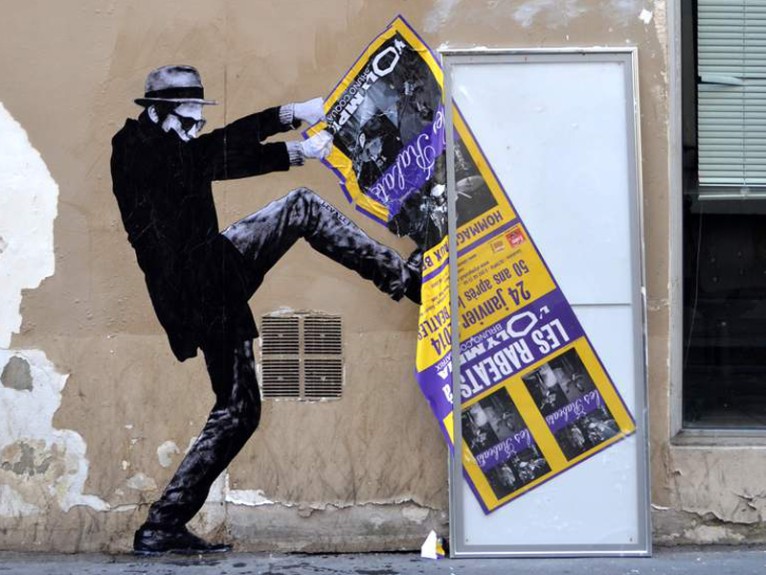 Who’s that guy watering that ugly weed on the street near your office? And those three hooligans selling stolen goods near the parking lot? Who’s that centaur-looking dude? Why is he staring at me? And how did he get so buff? Relax, citizens of Europe, your cities have not been overtaken by shady weirdos. The scenes you are witnessing are the work of French artist Levalet, who pastes his life-size posters onto urban walls to playfully comment on society, city landscapes, and on the most overlooked aspects of urban life. 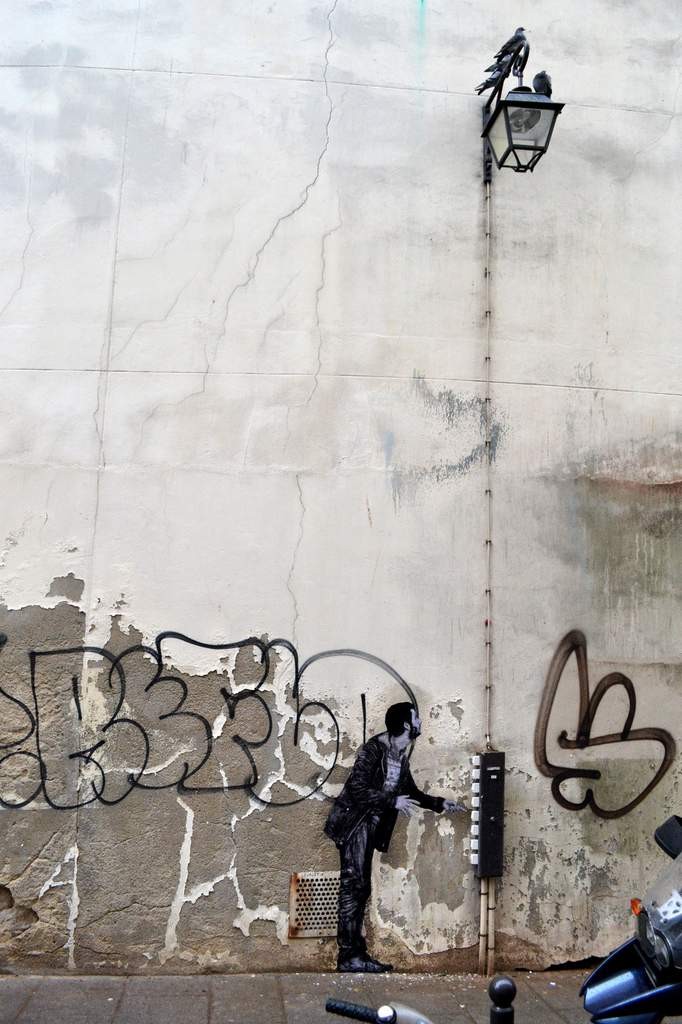 Levalet’s characters are often decpicted as curious, and interact with elements such as switches, buttons, and doorways. They call attention to these fragments which are often taken for granted and which, in some way, contribute to keeping cities functional. These pieces also comment on human inquisitiveness and allow passersby to live vicariously through them. 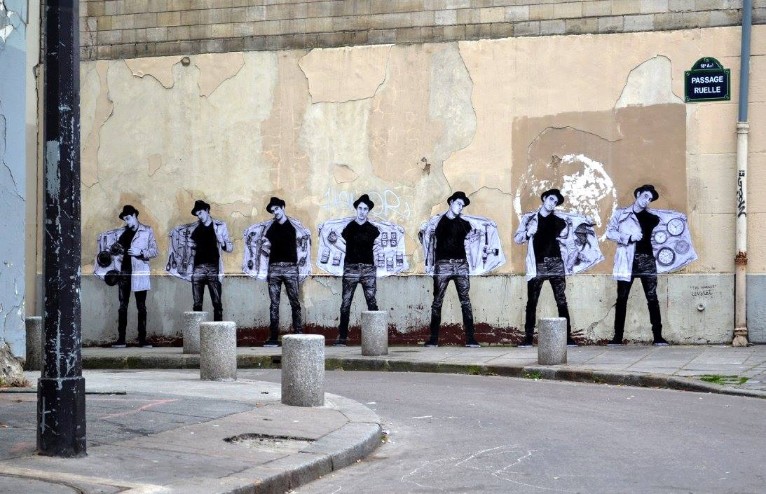 Levalet’s figures are also mirror reflections of the most recognizable and iconic characters who inhabit European cities. From the prototypical street performer to the crooked bootleg vendor, Levalet includes all of the archetypal figures. 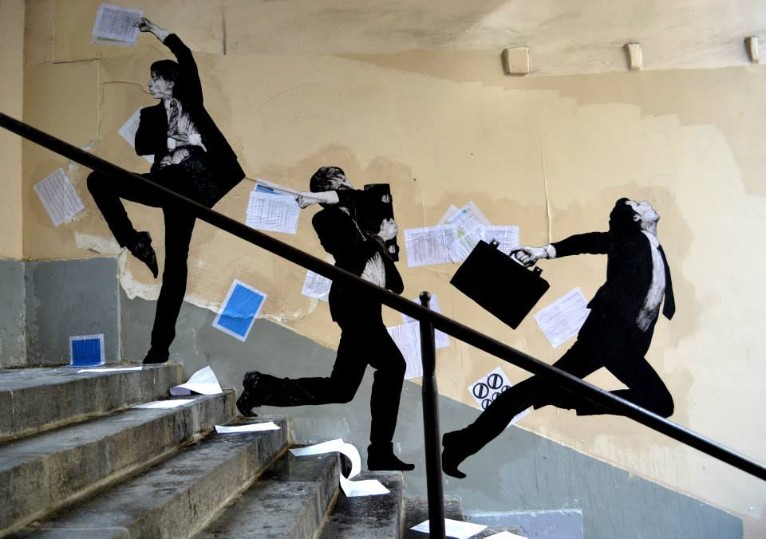 The installations often interact and comment upon metropolitan scenery. The figure above is the victim of scattered papers and posters, while other scenes depict people clinging to harrowing cliffs overlooking bodies of water, a man having a breath of fresh air from an air-conditioner, and a particularly loquacious soda can having its 15 minutes of fame. 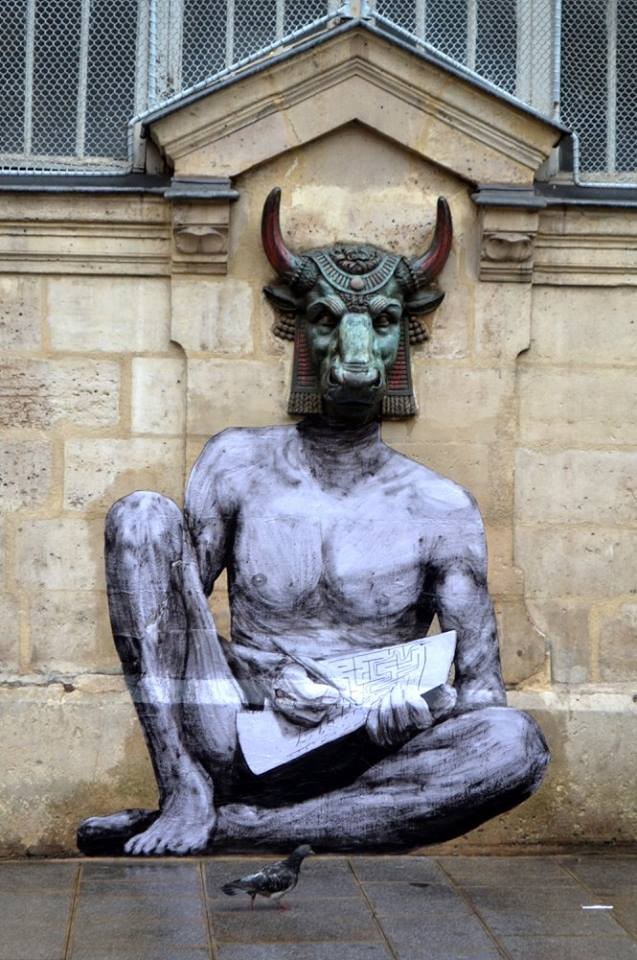 Perhaps the most striking of Levalet’s characters are the ones which directly interact with the population. The figure above stares at passersby menacingly as its human form draws out a maze. Another scene depicts two troublemakers ready to capture the poor soul who dares to exit a seemingly innocuous elevator. 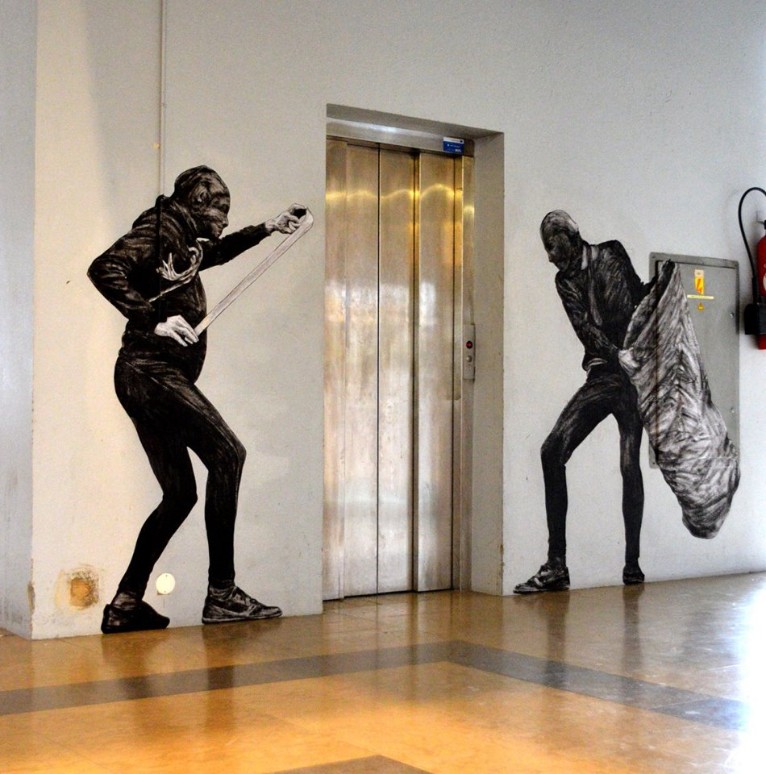 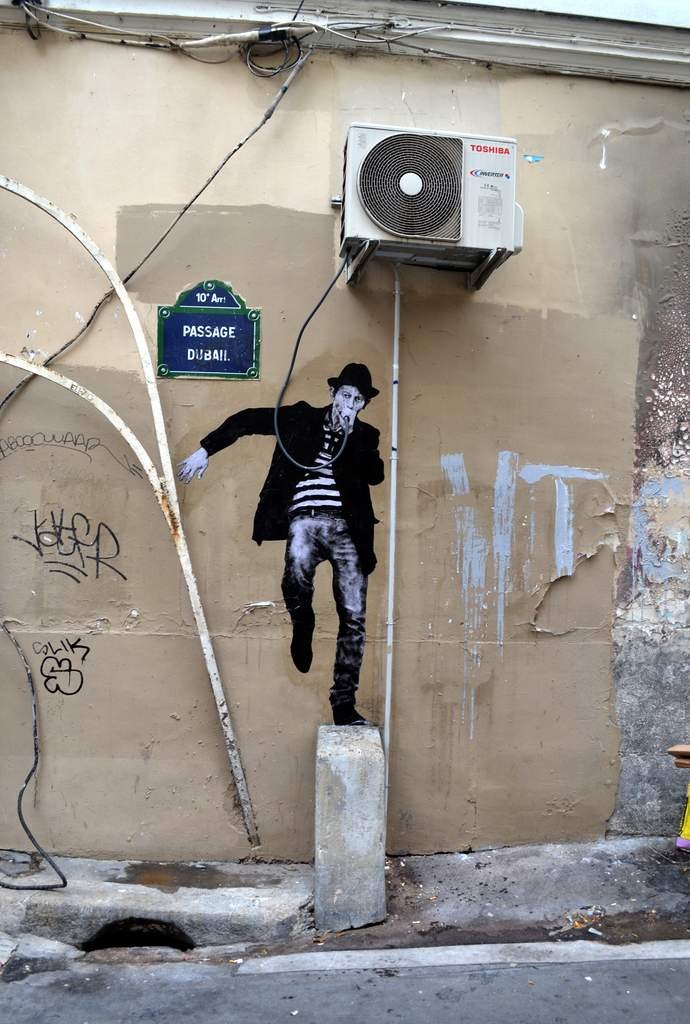 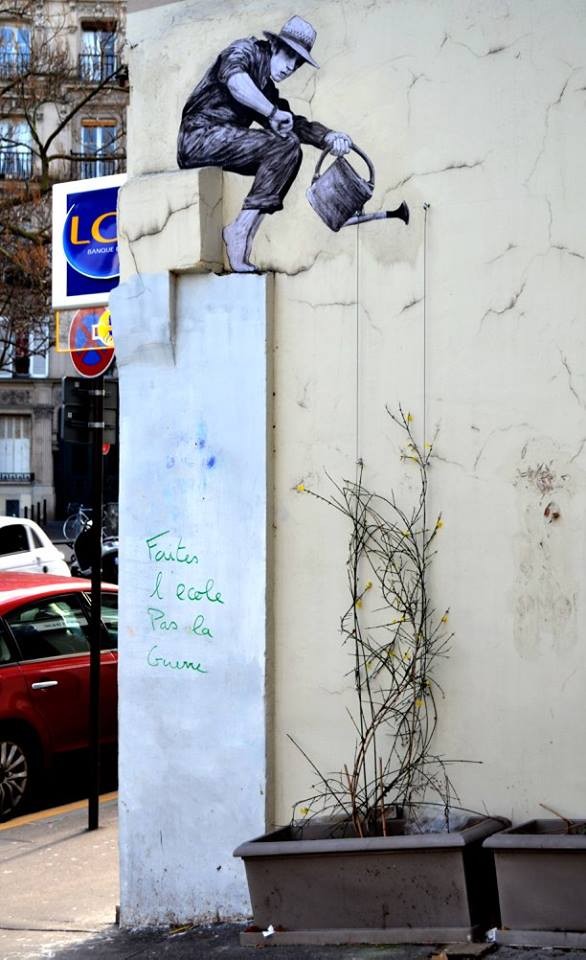 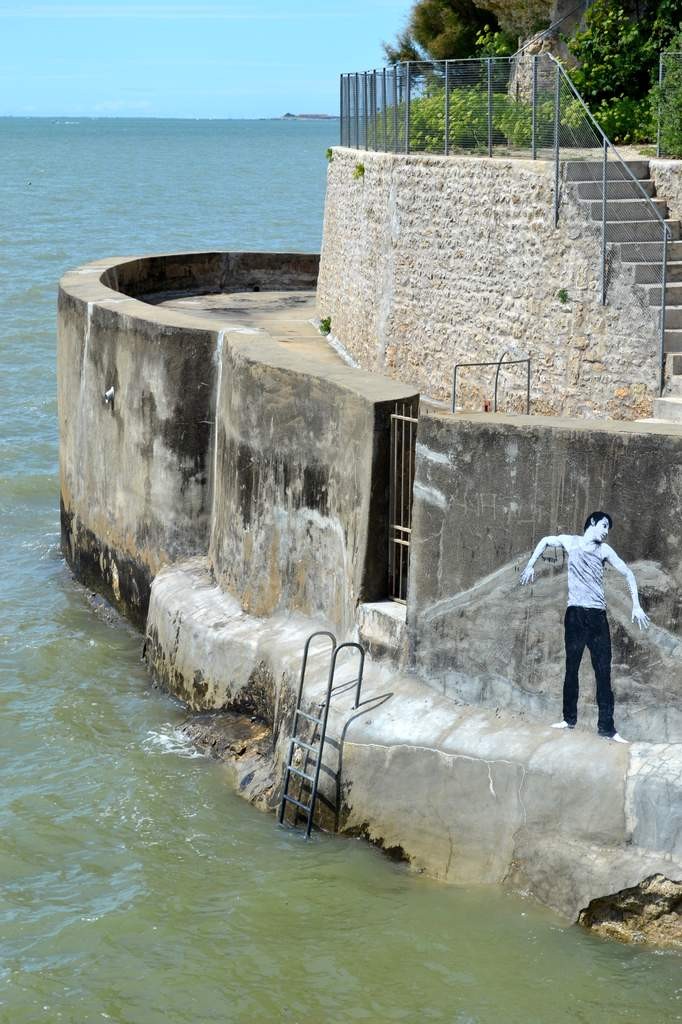 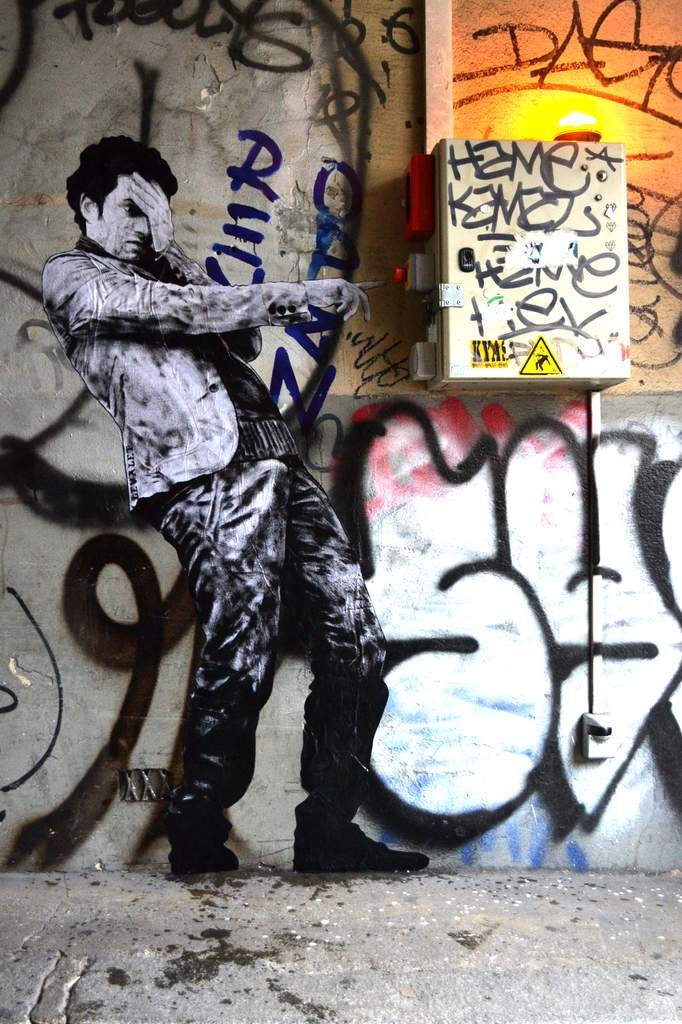 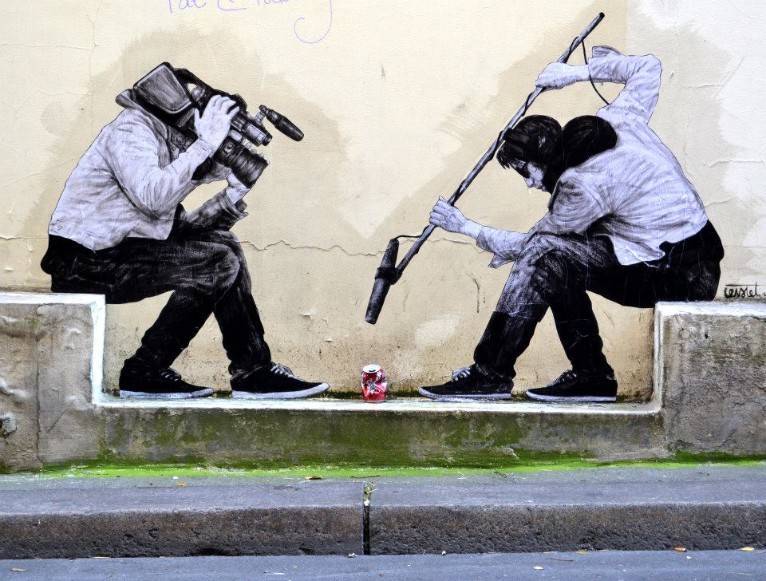 (All images courtesy of Levalet)