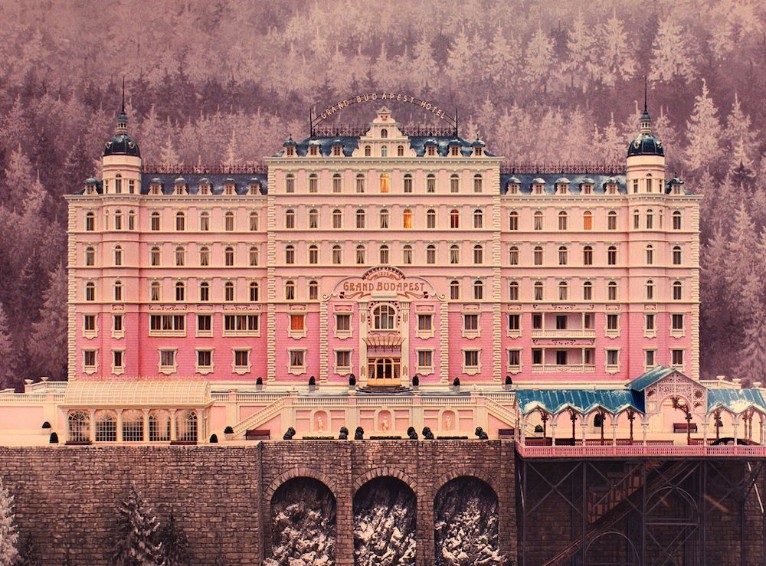 During The Oscar Night 2015, celebrated on 22th February, 'The Grand Budapest Hotel' has won many of the visual awards, including Best Costume Design to Milena Canonero and Best Production Design to Adam Stockhausen and Anna Pinnock. Wes Anderson didn’t just tell a story about a murder, but he created an imaginary universe! 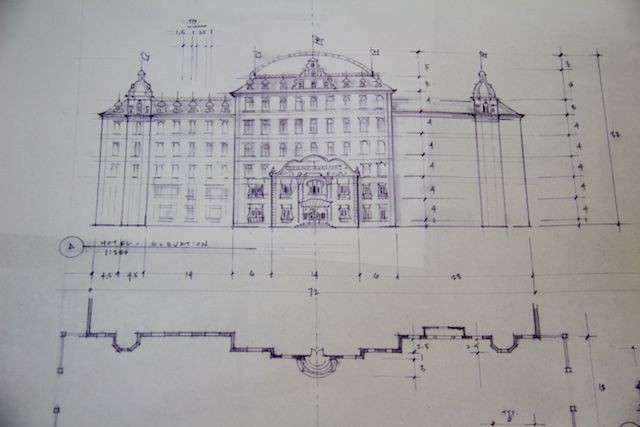 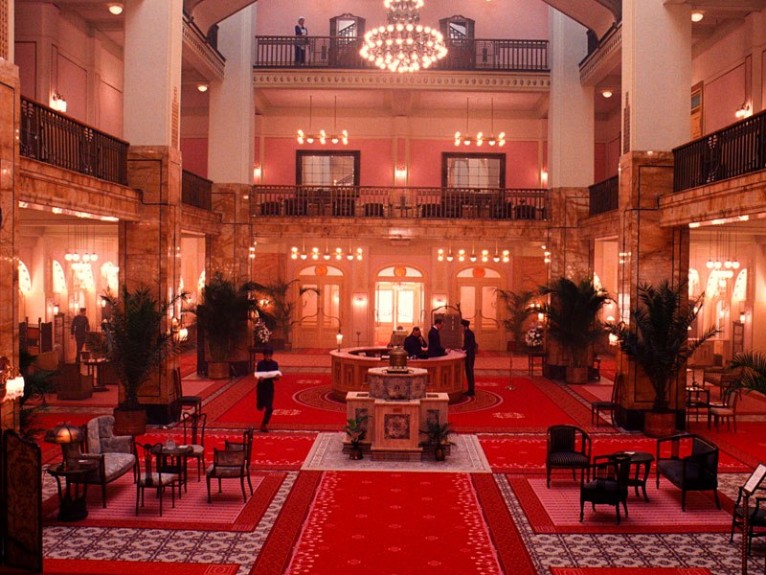 You could get lost in the charming and complicated world of M. Gustave H., the strange concierge at the Grand Budapest Hotel in a spa town of the Republic of Zubrowka.

M. Gustave’s world mirrors both the troubled history of 20th Century Eastern Europe, and the luminous settings of La Belle Epoque. Anderson used various Eastern European towns in Germany as the backdrops for Zubrowka, and most of the key scenes were specifically filmed in the easternmost area in Germany, named Görlitz. 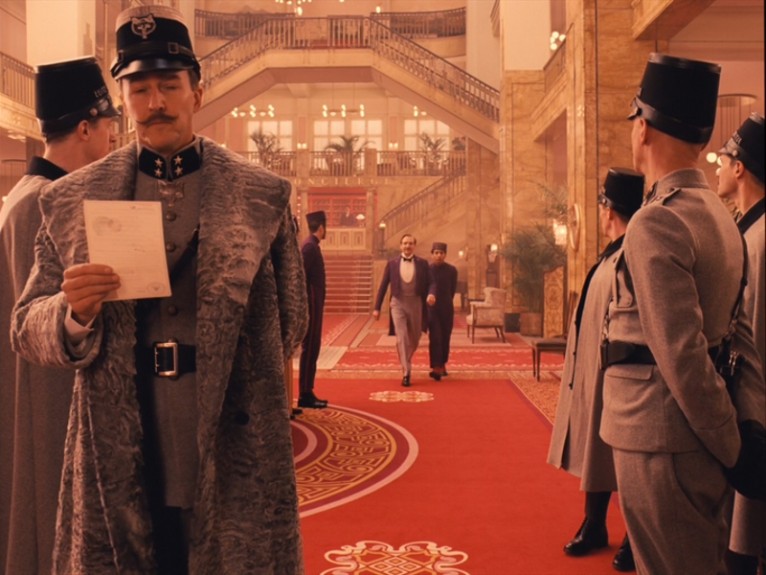 First of all the Görlitzer Warenhaus Department Store became the filming location for the primary sets of The Grand Budapest Hotel, as well as the headquarter of the production. 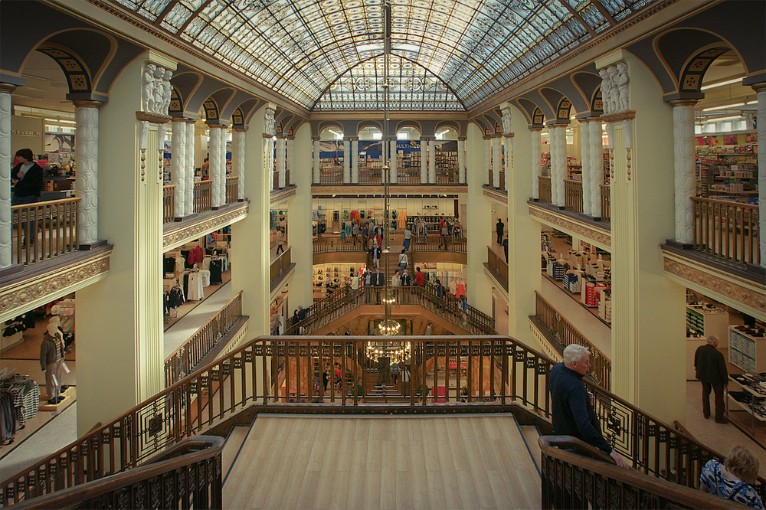 “We saw right away it would work — the building had the height and scale, the grandness, we needed. It had beautiful bones” said Jeremy Dawson, Producer of "The Grand Budapest Hotel," regarding the Görlitzer Warenhaus Department Store. 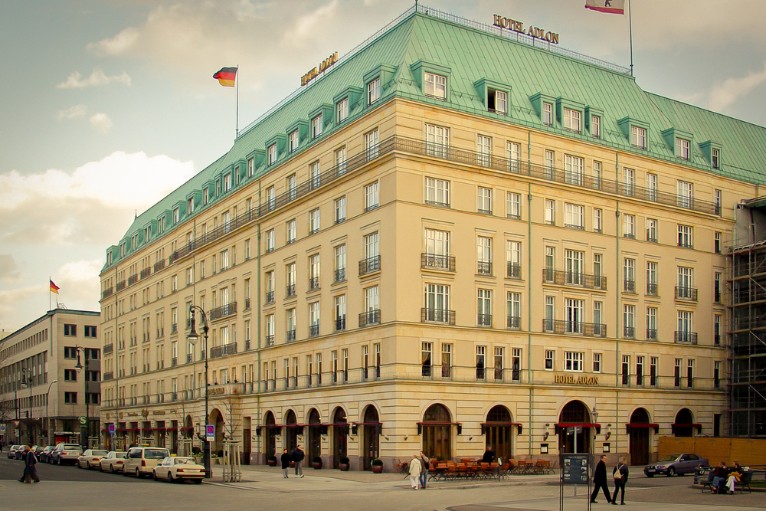 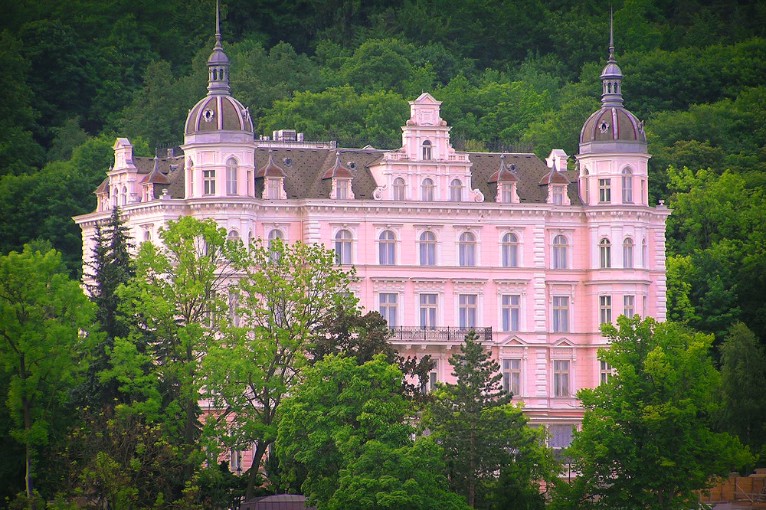 For the shots of the hotel, Wes Anderson used handmade miniature models of the Grand Budapest Hotel created at Studio Babelsberg, near Berlin. Several inspirations for set designs also came from spas and hotels in Germany and the Czech Republic, such as the Palace Bristol Hotel, or the Hotel Adlon in Berlin. 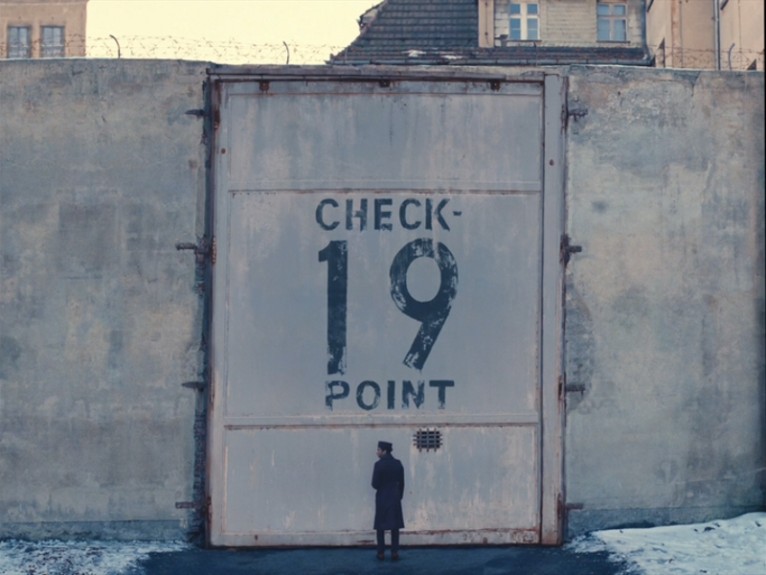 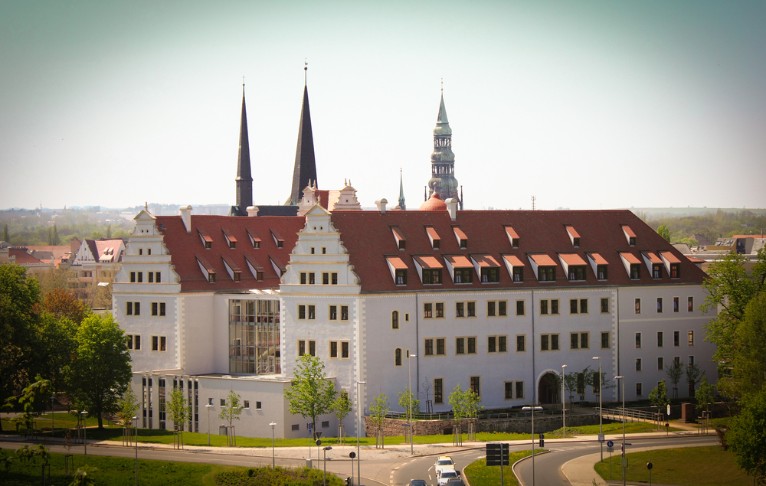 The interior scenes at Checkpoint 19 were shot at a former prison in Zwickaw, now known as Castle Osterstein. From the 18th century until the end of WWII, this buildingwas used as a prison (among the prisoners two very well-known people, writer Karl May and revolutionary socialist Rosa Luxemburg). 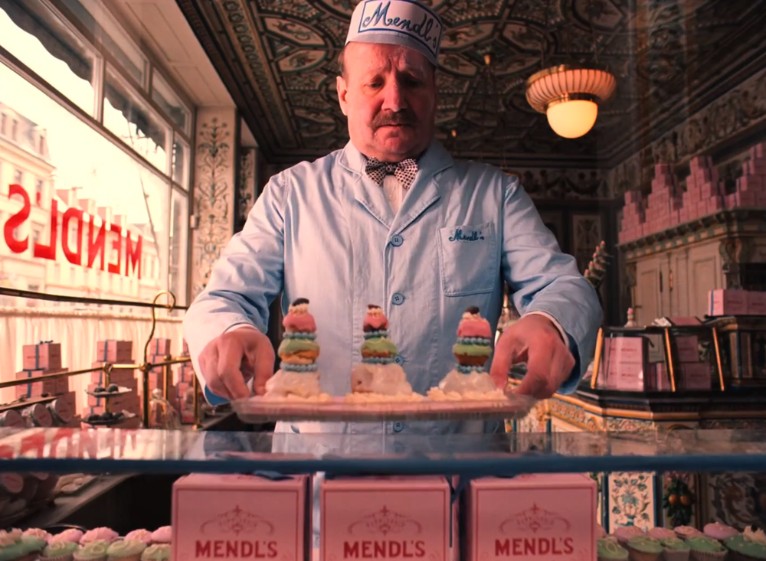 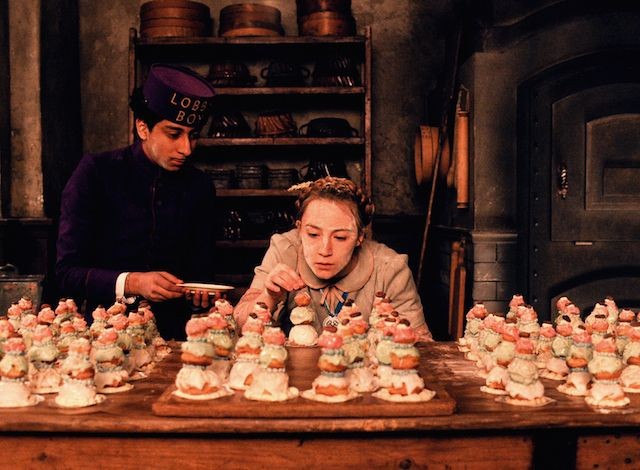 The exterior of Mendl’s bakery is one of the storefronts on a picturesque street of old town Görlitz, near the Dreifaltigkeitskirche (Trinity Church). 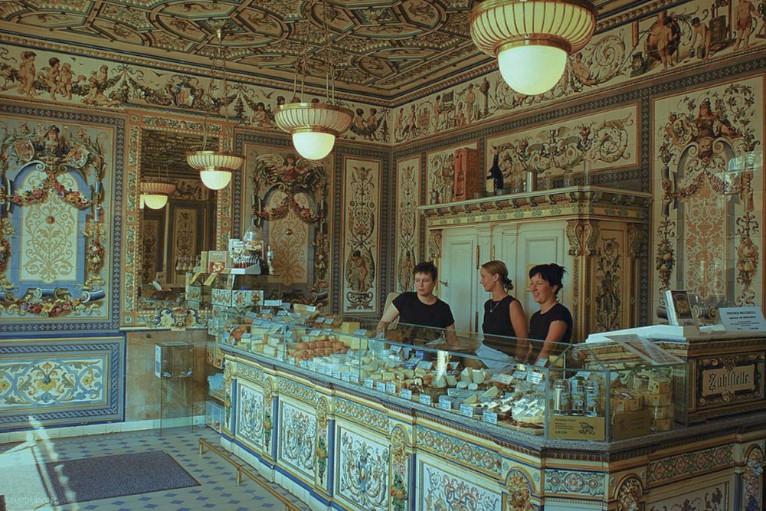 The interior scenes at Mendl’s confectionary shop, however, was filmed in Pfunds Molkerei, a famous 19th Century creamery in Dresden. 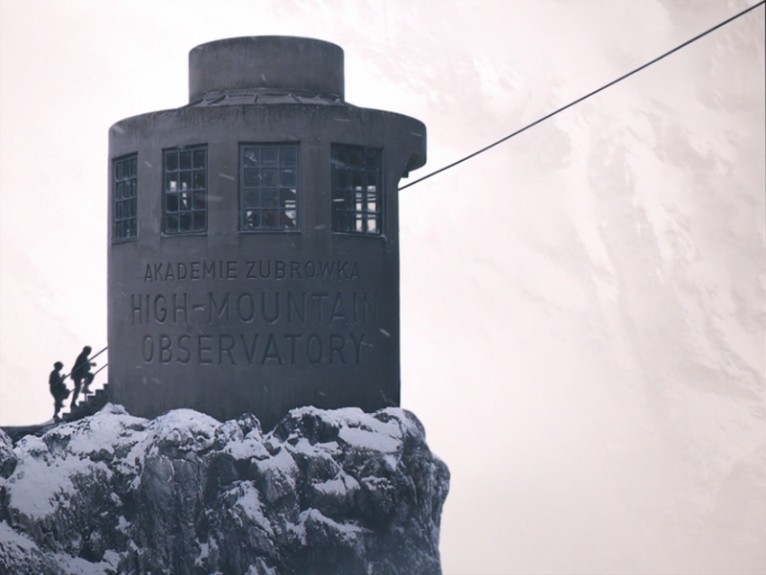 Among the most amazing scenes of the movie were the snowy mountaintop scenes with M. Gustave and Zero. This is a real life location, the Sphinx Observatory in Switzerland, an astronomical observatory in the Bernese Oberland region. 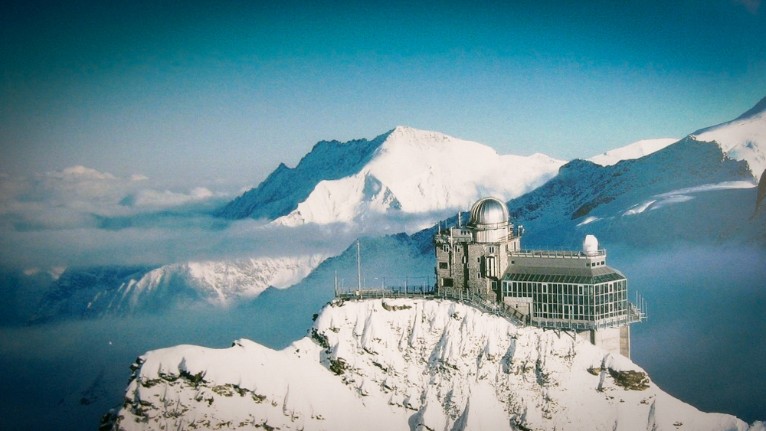 The hotel’s restaurant where the elderly Zero tells the young Author (Jude Law) the story of his friendship with M. Gustave was the performance space inside the Stadthalle, constructed in 1910 in Görlitz. 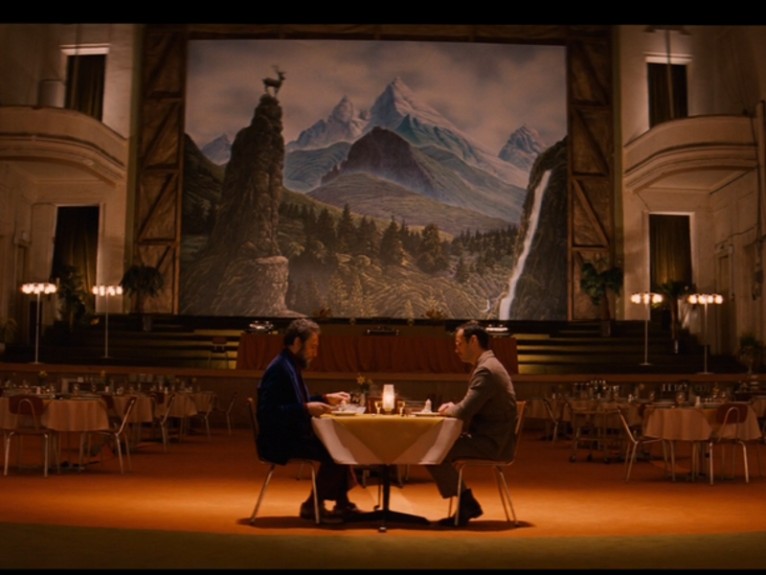 To complete the scene, Anderson commissioned artist Michael Lenz to paint a backdrop in the style of 19th-century landscape artist Caspar David Friedrich. 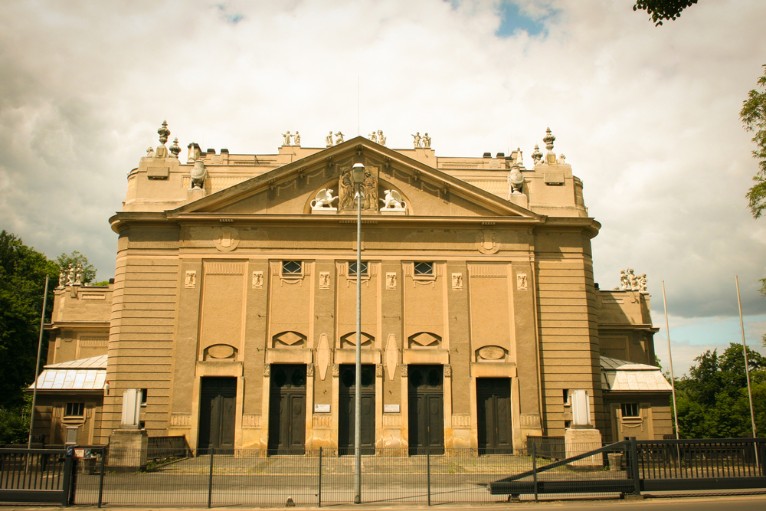 The curious wedding of Agatha and Zero was filmed at the viewing platform of the Basteibrücke Bridge in the Sächsische Schweiz region of Germany. 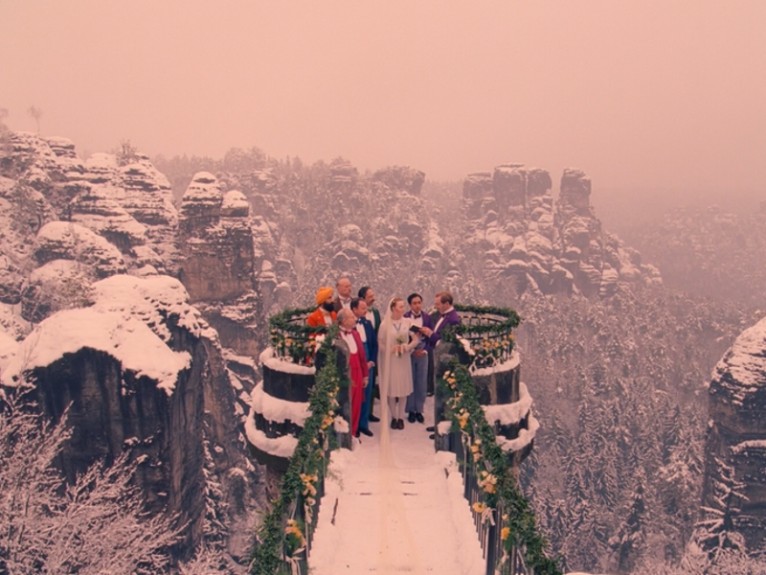 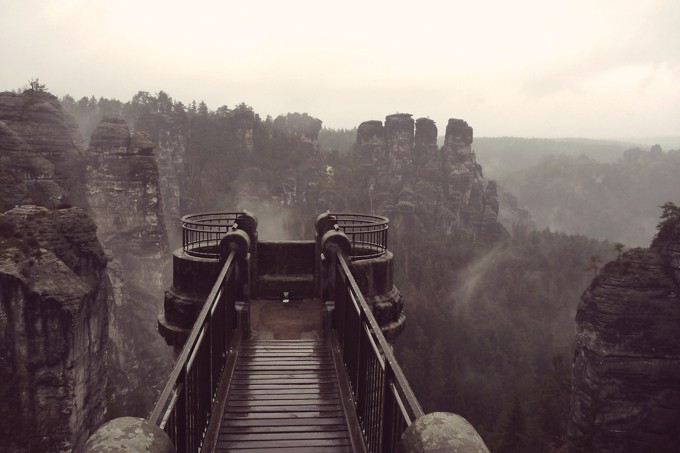 Now you can understand the reason why “Görlitz has so much character in all its buildings that we realized we could pretty much make the entire movie there.” (Jeremy Dawson).