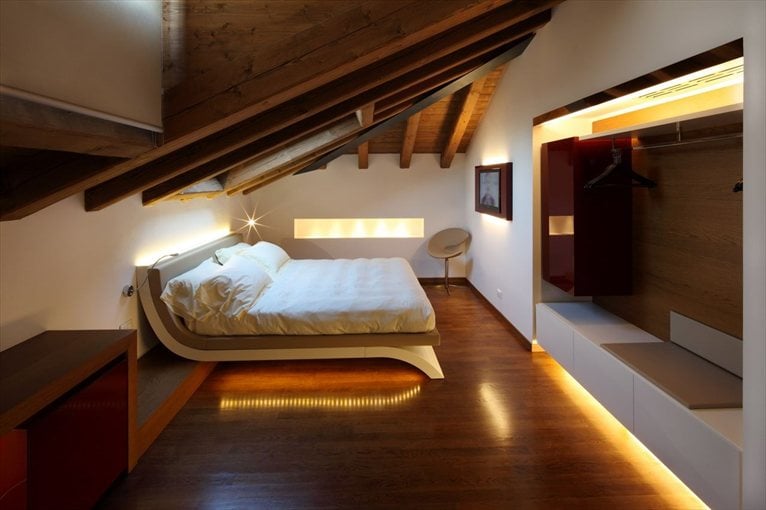 The Relais Ca’ Sabbioni, located on the Brenta canal, the ancient waterway linking Padua and Venice, has been created inside a manor house dating back to the 17th century and listed as a protected building in the list of Venetian manor houses: Villa Pampado.

Over the centuries it has been the splendid home of Gregorio Barbarigo and Monsignor Francesco Bishop of Padua. It was also an inn for travellers, being called “Osteria dei Sabbioni”. Today a prestigious project and fine renovation work carried out by FPA - Franzina+Partners Architettura, have restored the ancient Manor house to its former function of accommodation and refreshment, becoming a luxury hotel where original elements and distribution have been fully respected.

The interior design project was devised and executed starting from the desire to contrast the ancient taste of the renovated manor house and the modern style chosen for the interior. It is this blend which makes the Relais Ca’ Sabbioni unique in its kind along theRiviera. However, its classification as a "Relais Gourmand" is even more unique. Indeed the main theme of each piece of furnishing, which has been specially designed, is "food".

For guests to the hotel, the stay has a new meaning, it becomes a precious experience capable of awakening hidden knowledge and bringing back distant memories. The hotel, no longer an anonymous and elegant, container for rooms, becomes an instrument of communication. The subject of food is the protagonist of all the areas of the hotel, as if it would like to accompany the guest in an exclusive culinary journey. FPA Franzina + Partners has given its personal interpretation of the subject, designing furnishing and accessories capable of arousing curiosity stimulating the increasingly specific needs of today's Italian and foreign clients.

The “refrigerated showcases” invite the guests to taste the chef's delights starting from the hall of the Relais. They consist of small transparent cubes hanging on the wall designed to contain small daily food tastings. The system of refrigeration, taking up very little space and invisible to the guests, along with the push-pull opening of the cabinet doors gives these original design objects touch of elegance.

In the hall there is also an original sofa where guests can taste food and wine in comfort. The steel structure covered in white leather with a sinuous shape are the materials which identify this long and soft seat. It is also versatile thanks to the reclinable back system which creates a pleasant “vis à vis” effect.

A meandering route made of corten steel guides the guest from the reception towards the staircase, passing through the corridors and leading to the various rooms and suites. Here a lighting projects takes over: artificial light is integrated into the interior design; fitted lights and wall lights are made of corten steel, which becomes the predominant material and leitmotif (excuse the pun) of the whole concept. The same totems in the corridors, which integrate light, communication and badge reader for entering the rooms a customised by backlit writing and made of the same material.

In the bedrooms, the bed stand out as the design piece. From the one with the “Cocoon” shell to the 'S'-shaped one called “Sigma”, the sensation provided to the guest is undoubtedly that of welcoming. White leather cladding, soft forms and integrated led lighting are the elements that distinguish this original furniture manufactured and designed by FPA Franzina + Partners.

The food theme is to be found again in the rooms. The minibar is replaced with a glass showcase where the 'exhibited' food and drinks invite the guest to try it. FPA Franzina + Partners' design distinguishes itself above all for innovation and respect of the style, history, architectural prestige of the building making the Relais Ca’ Sabbioni one of a kind.