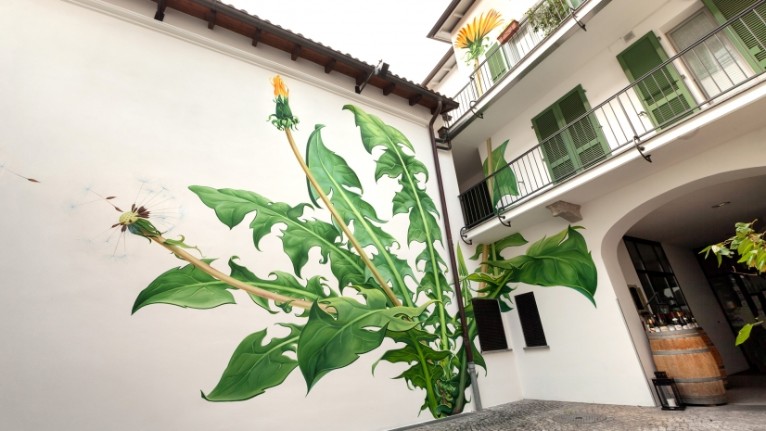 International street “artivist” Mona Caron is breathing life into urban walls and their onlookers. Beautiful metaphorical walls depicting giant rampant weeds have been springing up in urban areas, communicating the message that size is not always analogous to strength, that being put down doesn’t cause weakness. The artist says “They may be tiny but they break through concrete. They are everywhere and yet unseen. And the more they get stepped on, the stronger they grow back.” 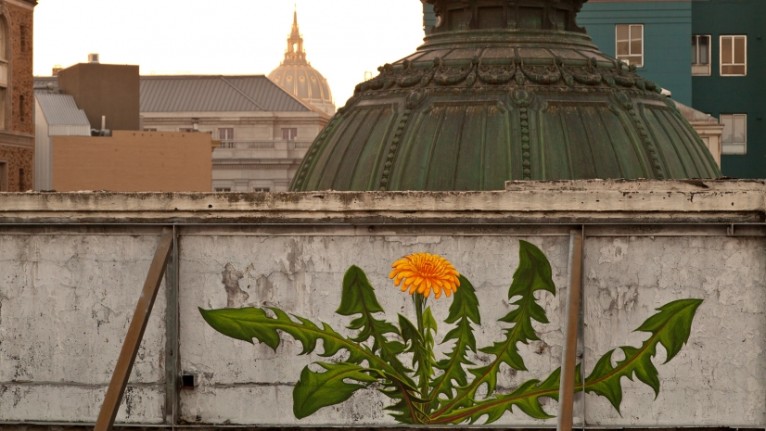 These plant walls are murals which glorify the persistence of the unwanted. As Caron puts it, they are tributes to the “resilience of all those beings who no one made room for, were not part of the plan, and yet keep coming back, pushing through and rising up.” 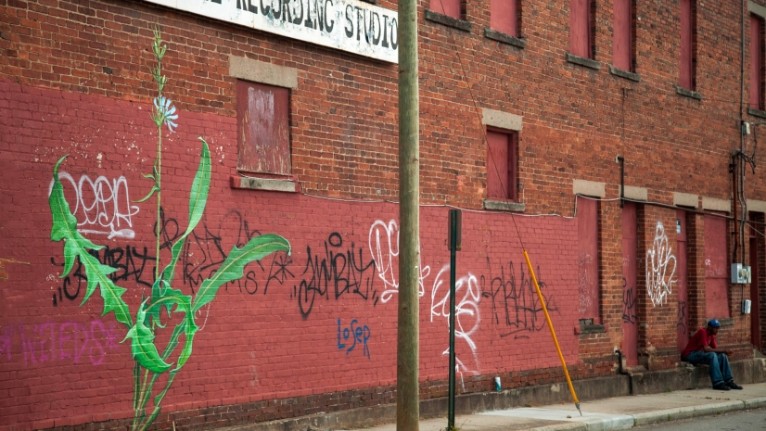 The murals begin to take shape once Caron spots a particularly “heroic” looking weed bursting through the pavement of a given city. Once inspired, she paints it on a larger scale on a nearby wall, it’s huge size an attempt to offset the neglect it would otherwise endure. 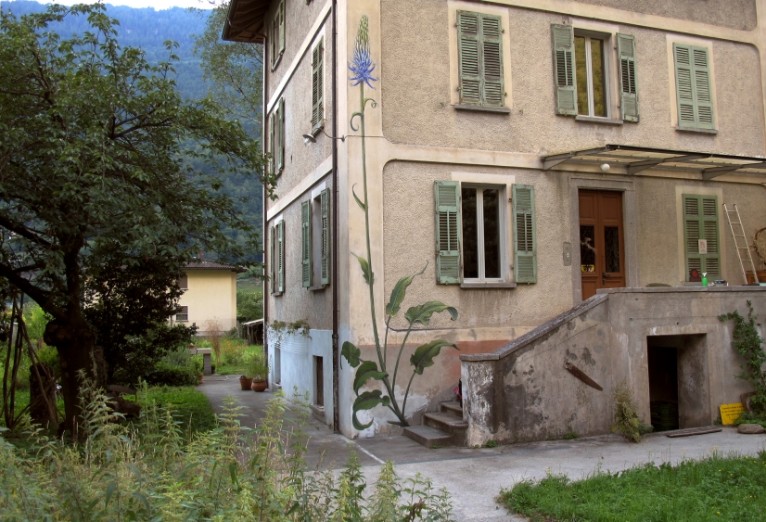 It’s an act in direct opposition to both natural and human oppression. Weeds are usually killed as soon as they become noticed in people’s living spaces. Despite this, they often return stronger than before. It is this aspect which called the artist to the project. “They break through what seems invincible, reconnecting the earth to the sky, like life to its dreams...” 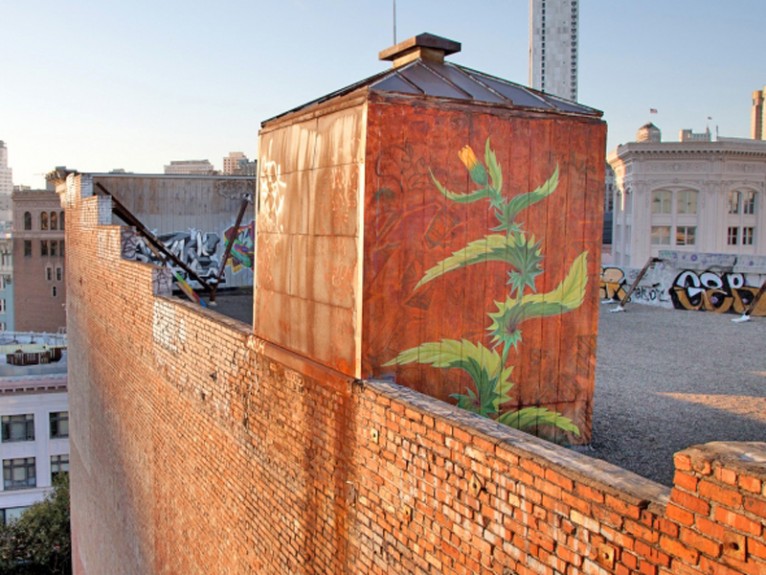 Each mural is inspired by the location in which it is located. Places where differences are being made, where populations go against the grain and fight socio-cultural norms,  are the main hosts for the works. Places like San Francisco, Barcelona, Athens, Malvaglia, Mendriso, and Ahmedabad. 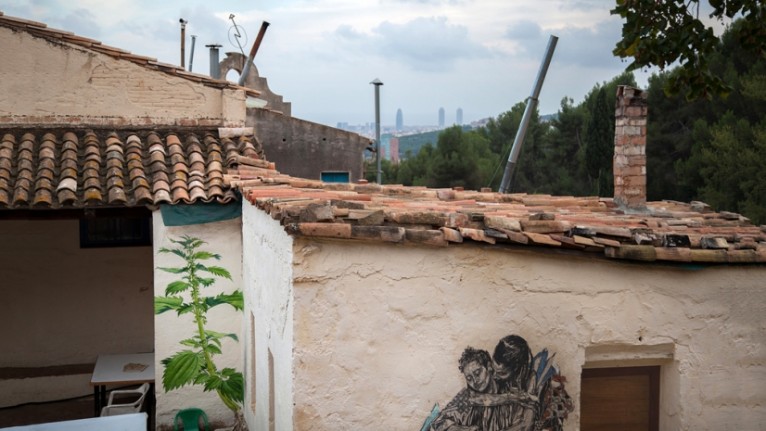 Works of social awareness often increase the possibility for urban harmony. And the indisputable beauty of these pieces make them a perfect tool of communication, don't you think?