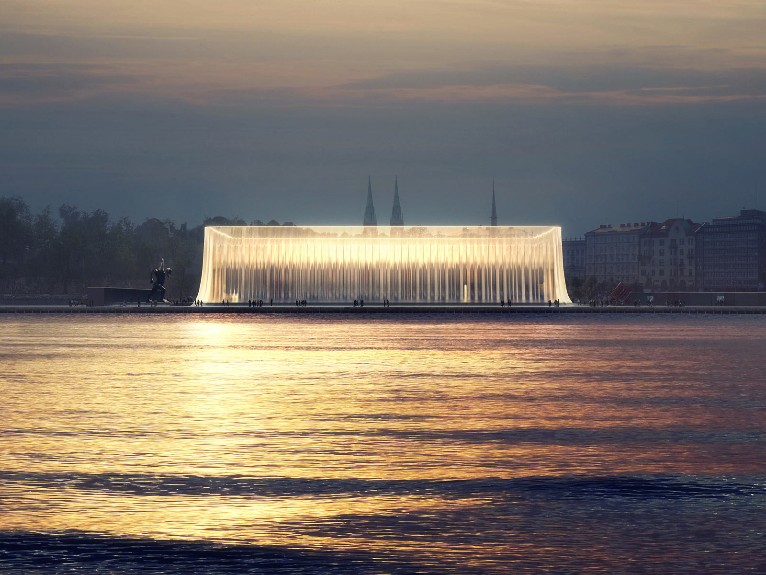 “As we saw from the unprecedented response to Stage One of the competition, this open, independent process has brought to Helsinki exciting, innovative design ideas from all over the world. The jury has chosen six deeply thoughtful design approaches, each of which opens extraordinary possibilities for a Guggenheim in Helsinki and asks us to imagine what a museum of the future can be.” said Richard Armstrong, Director of the Solomon R. Guggenheim Museum and Foundation.

Find out more about the finalists selected by a prestigious jury composed, amog the others, by Jeanne Gang, Juan Herreros and Anssi Lassila. 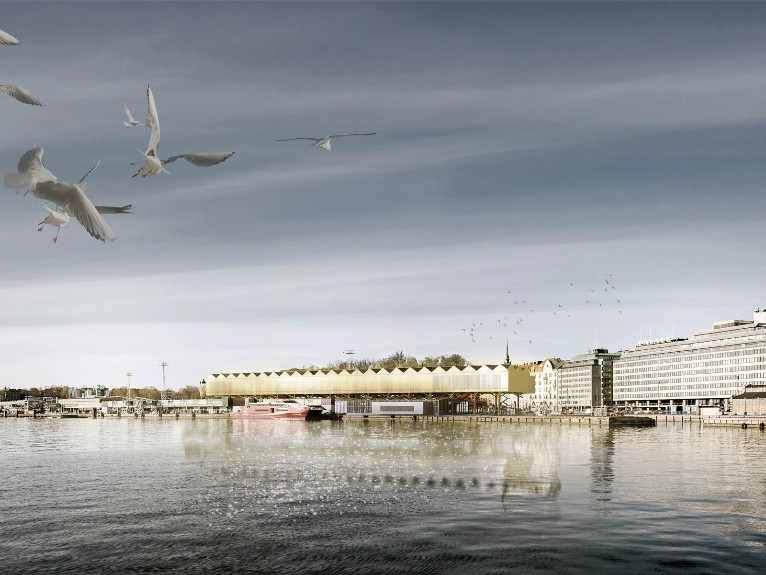 The project proposes two facilities that establish a dialog with each other – a museum made of two museums.
The first museum is on the ground or tarmac level of the port facility. The existing terminal is re-used and re-appropriated for multiple activities. It is conceived as a public space, extending the pedestrian boardwalk into the building – a place for education and outreach within the city.
The second museum is the museum as such, in so far as it houses exhibitions. The structure is in the air and hovers above the first. As a hall on stilts, partly removed from the everyday life below, the building offers a place of refuge, adhering to the notion of the museum as an “other space.” 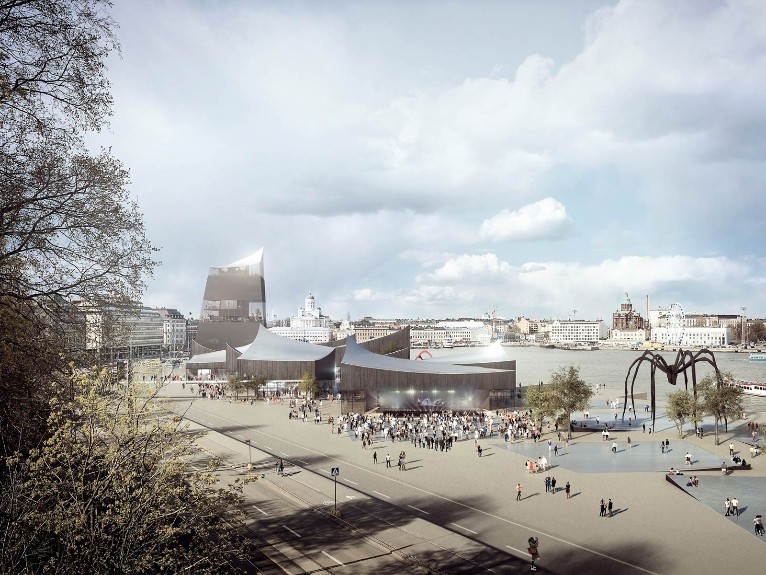 The design of the Guggenheim Helsinki and its woven landscape are based upon a sensitive and sympathetic approach to the context and nature of Helsinki. The fragmental design encourages people to flow within a new cultural core that is linked to the rest of the city, through the port promenade and the pedestrian footbridge to Tahtitorninvuori Park. This flexible access welcomes not only the visitors but also serves as a key cultural destination for the community. 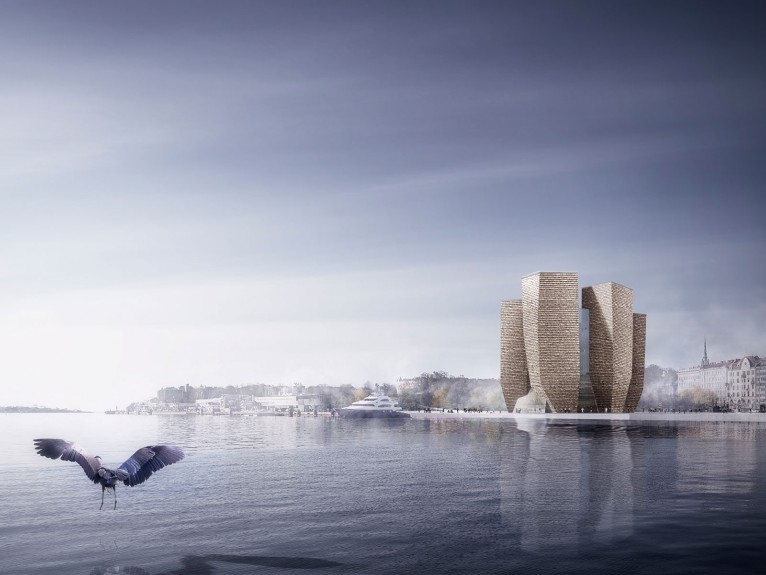 A cluster of slender timber towers provides a stunning addition to the city skyline. The sculptural form lends the Guggenheim a „Beacon-like“ appearance, attracting visitors arriving by land or sea.
The towers are gathered around a soaring catheral-like central space, providing a unique home for public events on the waterfront.
The galleries are housed in introverted timber cabinets, stacked within the towers. Bridges between the towers offer the visitor valuable respite with a sequence of new viewing points. 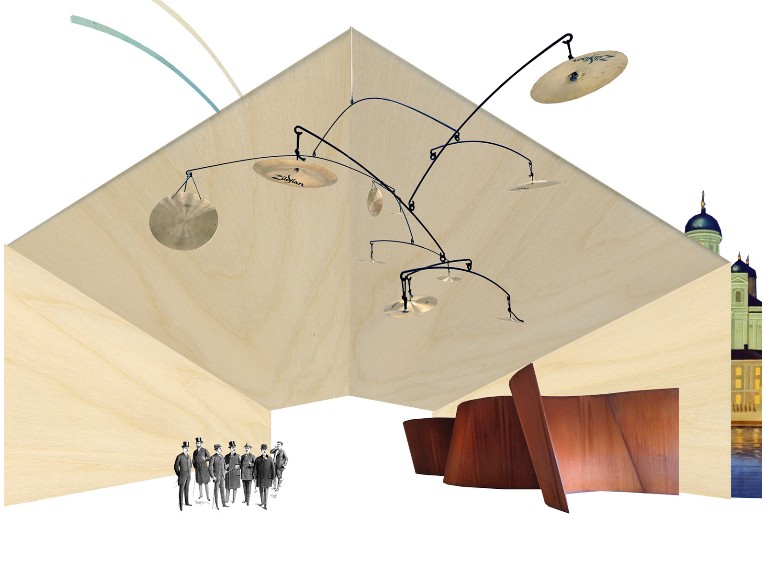 Helsinki is a city of interiors. Due to its extreme climatic conditions, Helsinki’s civic society blossoms indoors. They form a robust network spaces that hosts and nurtures public life; interior public life.
31 Rooms, extends the network using the architectural technologies that construct Helsinki’s interior citizenry: i.e. walls, doors, windows, and the machinery that defines atmospheric conditions. While the new museum attaches to the network of existing conditions, leaves them undisturbed. 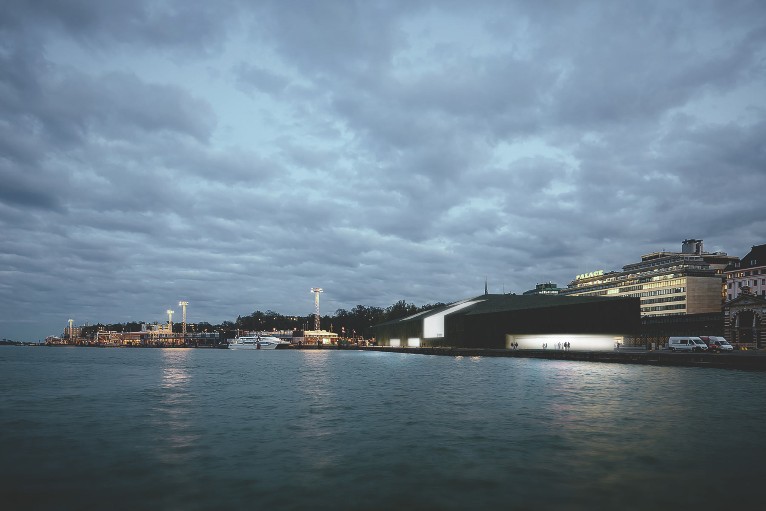 The museums reconfigures circulation and use of the East and West Harbors to establish an area of industrial activity and an area of cultural activity, with the museum as the link between the city and the waterfront. In a critical shift from the idea of a building as static object to a building that accommodates the flux of daily life, a city street runs through the interior of the museum, opening it to appropriation by the citizens and creating a combination of programs. 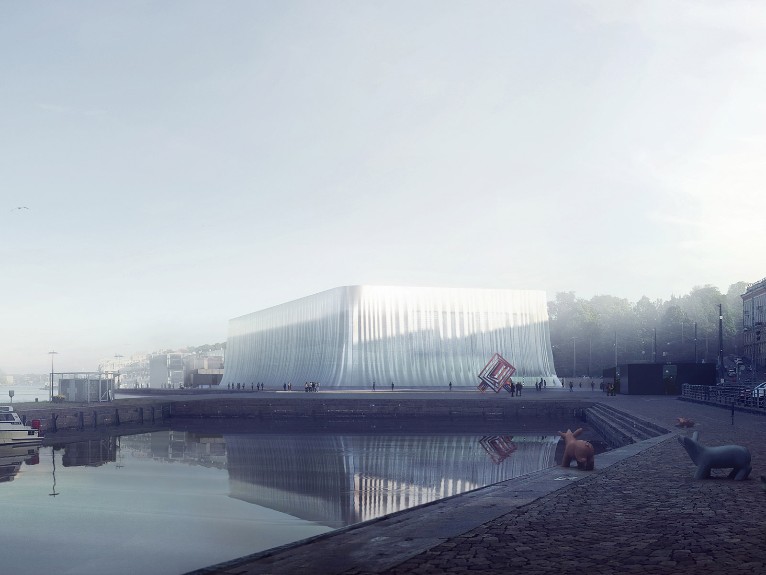 The proposal drapes a skin of textured glass panels over a bar-like, two-story interior structure, creating an environmentally sustainable public space between the facade and the gallery volumes, with natural light diffused throughout. In an unusual innovation, the element that makes the building sustainable—the intelligent glass wrapper, which uses technology such as Nanogel glazing and rollable thermal shutters—is also the element that distinguishes the project visually, giving the building an ethereal presence.