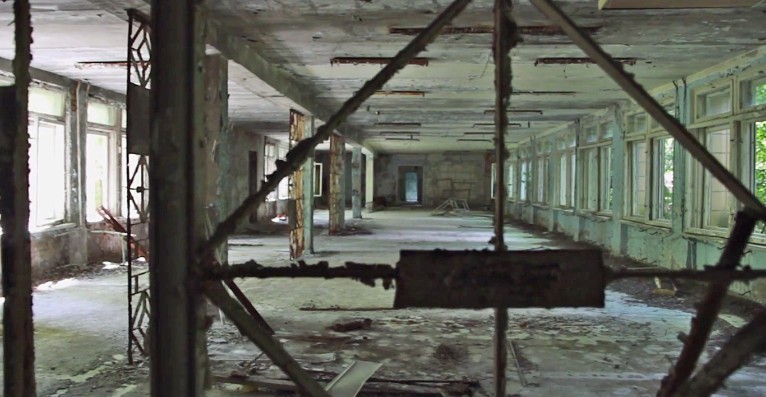 April 26th, 1986. A lethal nuclear meltdown in the town of Chernobyl shakes the entire world. Families in Ukraine are devastated as they are forced to evacuate their homes. Terror spreads throughout Europe as the toxic, radioactive cloud makes its way throughout the continent, contaminating all areas in its wake. 30 years after this disaster, photographer and director Danny Cook returns to the terror stricken, abandoned site, offering the world a glimpse of the aftermath of catastrophe.

Cooke was called upon by CBS’ 60 minutes to collect images for a documentary on the disaster. The footage was collected by means of a drone and a web camera. Cooke published a small segment on vimeo, and the effect is striking to say the least. Copious vegetation has usurped the area, and an eerie silence prevails among the remnants of long gone inhabitants.

In the video description, Cooke paints a picture of the immediate impact of the disaster.  “Chernobyl is one of the most interesting and dangerous places I've been. The nuclear disaster, which happened in 1986 (the year after I was born), had an effect on so many people, including my family when we lived in Italy. The nuclear dust clouds swept westward towards us. The Italian police went round and threw away all the local produce and my mother rushed out to purchase as much tinned milk as possible to feed me, her infant son.” 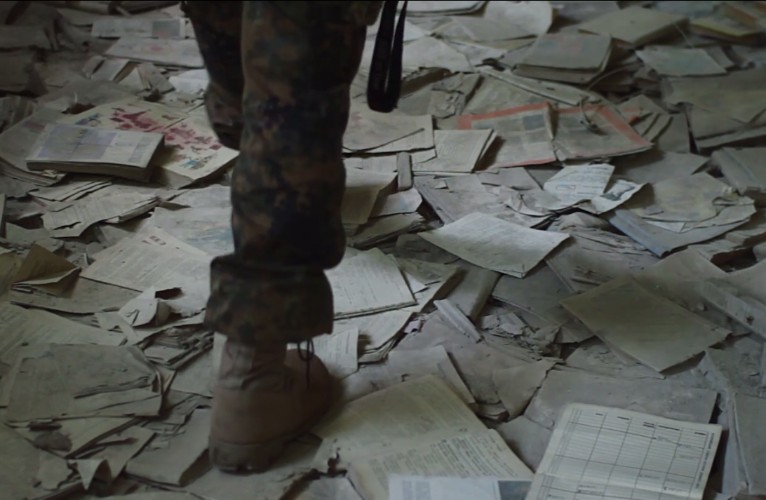 He goes on to express how physically being in the area calls to the mind the hardships of Ukrainian citizens who were forced to leave. The images depict spaces which seem to have been abandoned hastily. Children’s toys still lay scattered and books and paper line the floors.

Cooke continues “During my stay, I met so many amazing people, one of whom was my guide Yevgen, also known as a 'Stalker'. We spent the week together exploring Chernobyl and the nearby abandoned city of Pripyat. There was something serene, yet highly disturbing about this place. Time has stood still and there are memories of past happenings floating around us.” 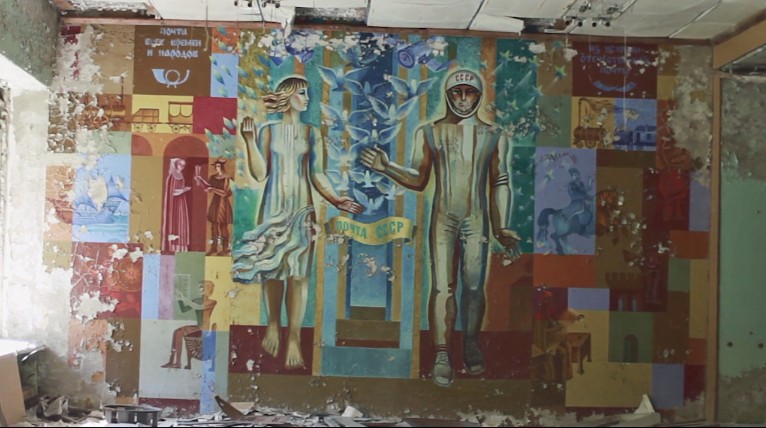 In a true act of bravery, Cooke explored the desolate area with nothing more than his camera and a Geiger radiation detector.