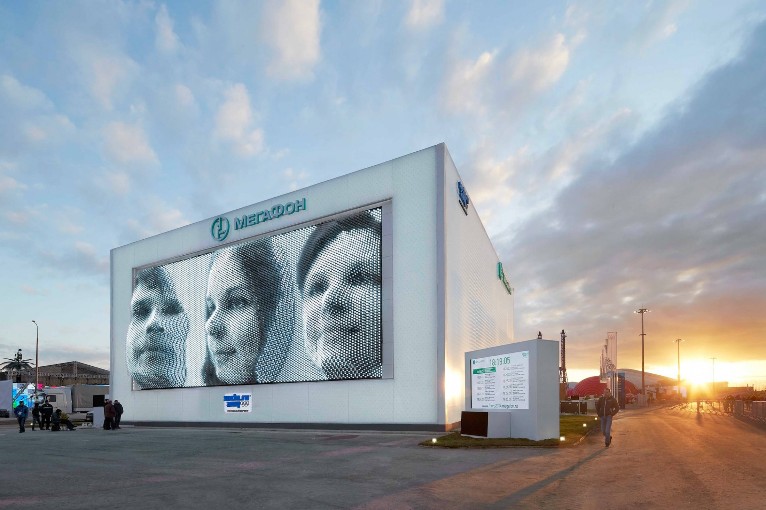 The biennale, that this year has took place in Aarhus, has brought together people and organisations that work with media and the built environment.
Media architecture is an increasingly important digital layer in cities all over the world. It is a part of shopping malls, casinos, digital signs and commercials. And it holds great potential as mouthpiece for public voice and a peephole into the heart of government.
Find out more about this year winner projects and stay tuned for the next edition that will take place in Sydney.

Energy Tower Facade Lighting is designed by Gunver Hansen. The  The façade of the Incineration Line Roskilde by Erick van Egeraat consists of two layers: the inner layer is the skin which provides the actual climatic barrier, allowing the second skin to be treated more freely - raw umber-coloured aluminium plates with an irregular pattern of laser cut circular holes. The aluminium plates are treated to give them the desired colour and patina at day time. At night, the programmable lighting, installed between the two facades, gives the building an additional metaphor.

Kimchi and Chips create phantoms of light in the air, crossing millions of calibrated beams with their work Light Barrier. The light installation creates floating graphic objects which animate through space as they do through time.
A fascination with natural light drove the technique of the impressionist painters, they explored new qualities of colour and the trail of time. Kimchi and Chips' study of digital light discusses a new visual mechanic, their installation adding to the visual language of space and light. As the artist's inquiry deepens, brush strokes become descriptive like code, detailing reality and allying light with canvas.

In May 2013, The Confederation of Danish Industry (DI) moved back into their rebuilt headquarters at Raadhuspladsen right next to Tivoli and City Hall in the heart of Copenhagen. The extensive architectural task has been carried out by Transform who has redesigned the physical manifestation of the DI.
The different designs have been turned into generic light plugins that fit into Kollision’s player-system. These light plugins can be controlled by the graphical department at DI who can tweak and modify parameters like speed, colors, and direction creating thousands of different expressions - still within the limits of each plugin. All these light designs can be previewed in the 3D player system displaying each of the +80000 LEDs before adding them to the scheduling system. The system holds potentials for adding interactive components, allowing the citizens to interact directly with the façade.

MegaFaces Pavilion is a structure incorporating the world's first large scale actuated LED screen / kinetic facade conceived by Asif Khan and engineered by iart at the Sochi 2014 Winter Olympics for MegaFon.
"While the Internet is the place we record our history now, remarkably faces remain at the centre of this narrative. Whether we are taking a self-portrait and posting it for our friends to see, or texting an emoticon to show how we feel, we’ve translated a fundamental means of self-expression into a new medium. That is why I think of this pavilion as a synergy between architecture and digital platform. At the same time it’s a monument to all of us. The concept is to make people the face of the Olympics". 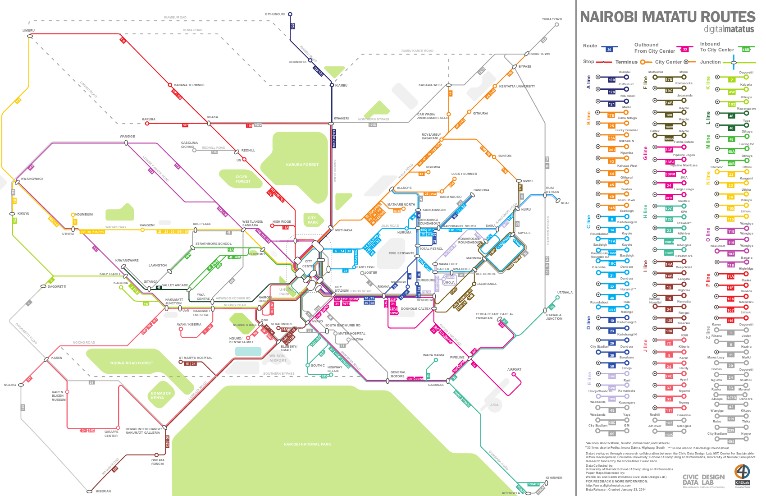 Technology is transforming the way we relate to transit. Digital Matatus is a key player in the movement to make transportation in the developing world more efficient, and open. A collaborative project of the University of Nairobi, Columbia University’s Center for Sustainable Urban Development, MIT’s Civic Data Design Lab, and Groupshot.
Digital Matatus has developed and deployed purpose-built mobile phone apps to more efficiently collect location data of Nairobi’s buses. They have used the information gathered through this crowd sourcing method to produce standardized bus routes for the city, now assembled together and made available in a full city-wide bus map released to the public in January of 2014.