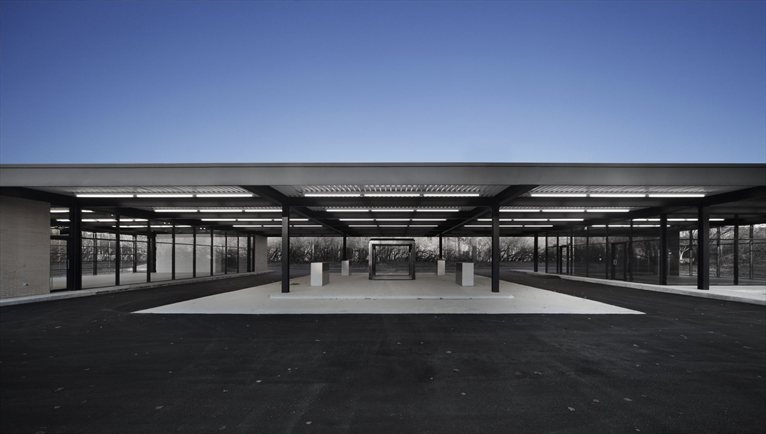 The most famous service station in the world, the one designed by the iconic architect and forerunner of the Modern period, Mies Van Der Rohe, has been redeveloped by the Canadian office Les Architectes FABG. They have renewed its appearance and its function from a minimalist and sustainable viewpoint.

The service station, in Montreal in Quebec, was commissioned by the petrol company Standard Oil to the famous architect in 1968. His brief was to create two communicating areas, one for the gas station and the other for a car showroom.

Mies Van Der Rohe's gas station was something more than just a gas station and for this reason it always attracted drivers and visitors from all over the world until it closed in 2008. The city of Montreal, acknowledging the extraordinary architectural quality of the structure, decided to exploit it, assigning the work to Fabg architects.

The project of re-qualification (Reconversion de la station service de Mies van der Rohe) has been devised with the objective of leaving the aesthetic and structural features unchanged. It is characterised by black steel beams and columns, transforming the service station into a cultural centre for adults and children and diversifying the activities inside the two different glazed volumes.

The installation of a geothermal energy supply system, by means of creating geothermal wells under the asphalt around the building, provides the major part of the energy required to operate the building but it also radically diminishes the size of the equipment and eliminates the need for a cooling tower on the roof of the building.