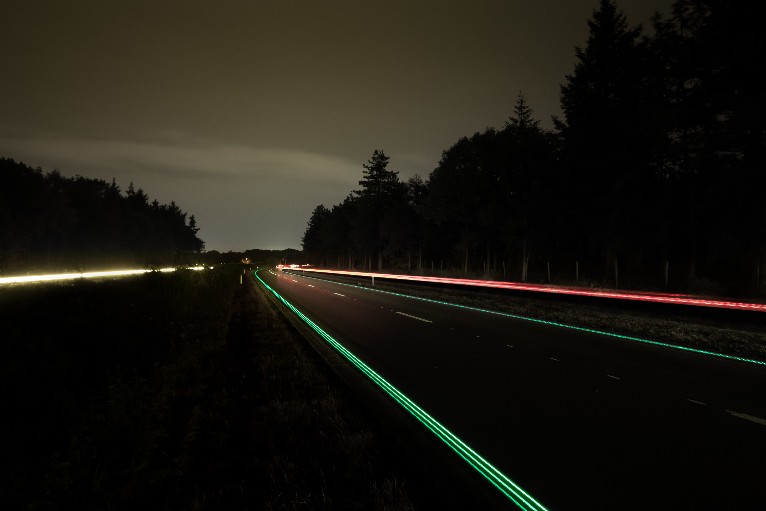 TECH _ How can you combine art, sustainibility and road safety?
The Ducth artist Daan Roosegaarde and construction company Heijmans launched the Smart Highway concept at the Dutch Design Week this week.The Smart Highway is part of the ‘N329- Road of the Future’ in Oss, the Netherlands.

These lines collect energy during the day and give light in the evening. Here the landscape becomes an experience of light and information. As a result this increases visibility and safety. 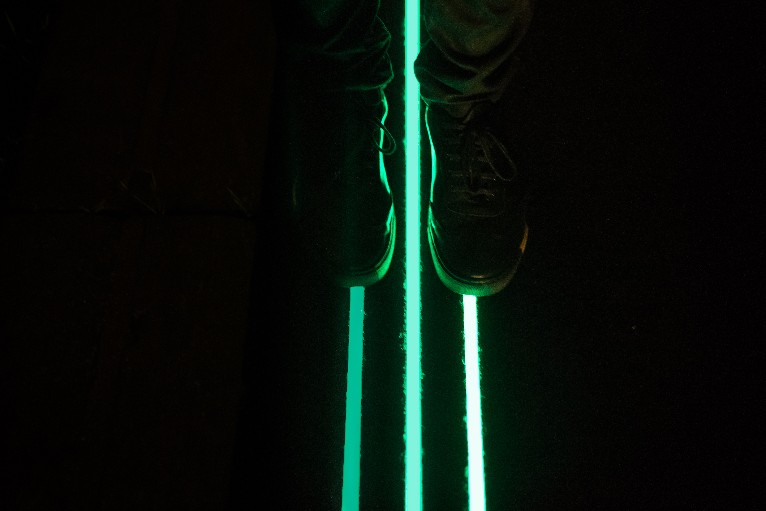 Since then the technical development of the idea has started and several versions have been tested in durability and user experience. This comes now to result in Oss as a matured design. When driving in the dark Roosegaarde describes it as ‘going through a fairy tale’.

The Glowing Lines can be experienced every night at the N329 in Oss, the Netherlands. Based on this pilot, new projects will be launched internationally. Also the Dutch minister of Infrastructure has asked Daan Roosegaarde to make a new Smart Highway design for the ‘Afsluitdijk’, the Dutch iconic dike of 32km.

Daan Roosegaarde is an artist internationally known for creating social designs that explore the relation between people, technology and space. His Studio Roosegaarde is the social design lab with his team of designers and engineers based in the Netherlands and Shanghai.

Smart Highway creates a tactile high-tech environment in which viewer and space become one. This connection, established between ideology and technology, is called by Roosegaarde 'techno-poetry'.
Recently Roosegaarde has developed other two projects that combine light, art and landscape: Dune and Crystal. 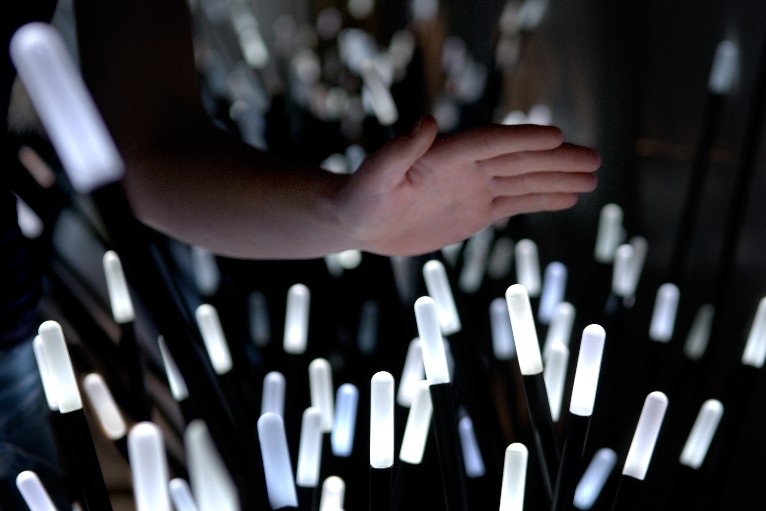 Dune is an interactive landscape that interacts with human behavior. This hybrid of nature and technology exists out of large amounts of fibers which brighten according to the sounds and motion of passing visitors. The  most recent version is filled with hundreds of interactive lights and sounds. Dune investigates nature in a futuristic relation with urban space by means of looking, walking and interacting.

Crystal are hundreds of wireless LED rocks which interact with people sharing stories of light.
Each Crystal contains LEDs that are wirelessly charged via a powermat. Once visitors start adding, moving or sharing Crystals, the basic breathing of the Crystals changes. The lighting behavior of crystals moves from ‘excited’ to ‘bored’, keeping visitors curious.
Crystal creates a sensual relation between people, technology and light. 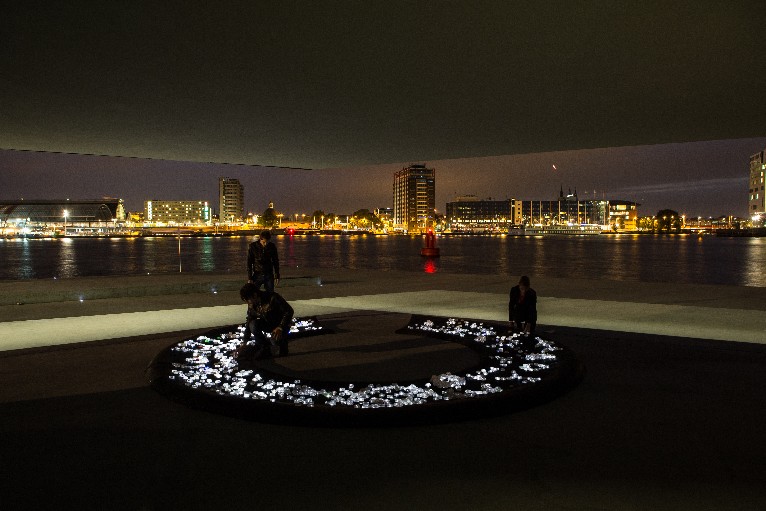 What's next? The 12th of November Roosegaarde and Heijmans will launch the next Smart Highway project, the first unique Van Gogh-Roosegaarde light emitting bicycle path. This cultural spinoff is inspired by Van Gogh’s masterpiece ‘Starry Night’, and gives cyclists the opportunity to experience a modern version of this painting in an innovative landscape of light.